A Trinidadian, not a Jamaican, is the foundation of Reggae Music. 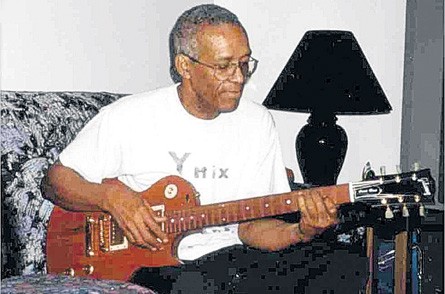 The entire world knows that reggae music comes from rocksteady. What most people don’t know, however, is that although rocksteady started in Jamaica, it was started by a Trinidadian. The creator of rocksteady is Lynn Taitt from Trinidad and Tobago.

Today the bassline and guitar riffs of rocksteady are still prominent in dancehall and reggae music.

Taitt made his name as a prolific session musician during the 1960s, playing on countless hit songs by Hopeton Lewis, Desmond Dekker, Johnny Nash, Alton Ellis, and The Melodians.

It was while leader of The Jets that Taitt helped fashion a new beat. The song that transitioned ska to rocksteady was Take It Easy by Lewis, and it was recorded at Federal Records in 1965.

“When I went to Jamaica and started playing with Baba Brooks and those guys, everything was fast, but in Trinidad they had fast calypso and slow calypso,” Taitt said in a 2003 interview with a Jamaican tabloid. “So that day I told Gladdy AKA keyboardist Gladstone Anderson to slow the tempo and that’s how Take It Easy and rocksteady came about. Rocksteady is really slow ska.

Born in the San Fernando region of Trinidad as Nerlin Taitt, he came to Jamaica in 1962 to play in a band celebrating Jamaica’s independence. The first hit song he played on was Chang Kai Shek, an instrumental by Brooks’s band that has driven numerous hits.

Taitt also recorded early on with The Skatalites, playing on several of their outstanding songs, including Guns of Navarone, Confucius and Gun Fever.

His signature riffs can also be heard on Nash’s Hold Me Tight, Alton Ellis’s Girl I’ve Got A Date, Desmond Dekker’s Israelites and 007 (Shantytown), The Melodians’ You Have Caught Me, and Keith and Tex’s Stop That Train.

On many of the sessions played Taitt, he was accompanied by The Jets. His bandmates were Anderson, saxophonist Headley Bennett, guitarist Lynford Hux’Brown, organist Winston Wright, and bass player Brian Atkinson.

Nerlin “Lynn” Taitt, who was never recognized for his contribution to Jamaican music, died in January 2010 in Montreal, Canada, at age 75.

Reggae is a music genre first developed in Jamaica in the late 1960s. While sometimes used in a broad sense to refer to most types of popular Jamaican dance music, the term reggae more properly denotes a particular music style that evolved out of the earlier genres like Ska and Rocksteady.

Bob Marley is said to have claimed that the word reggae came from a Spanish term for "the king's music". The liner notes of To the King, a compilation of Christian gospel Reggae, suggest that the word reggae was derived from the Latin regi meaning "to the king". The shift from Rocksteady to reggae was illustrated by the organ shuffle pioneered by Jamaican musicians like Jackie Mittoo and Winston Wright and featured in transitional singles Say What You're Saying (1967) by Clancy Eccles and People Funny Boy (1968) by Lee "Scratch" Perry. The Pioneers' 1968 track Long Shot (Bus' Me Bet) has been identified as the earliest recorded example of the new rhythm sound that became known as Reggae.

Some of his best work was done with Kong’s star performer, singer Desmond Dekker. Taitt’s distinctive rhythm riffs can be heard on Israelites and 007 (Shantytown) which were massive hits for Dekker in Britain...