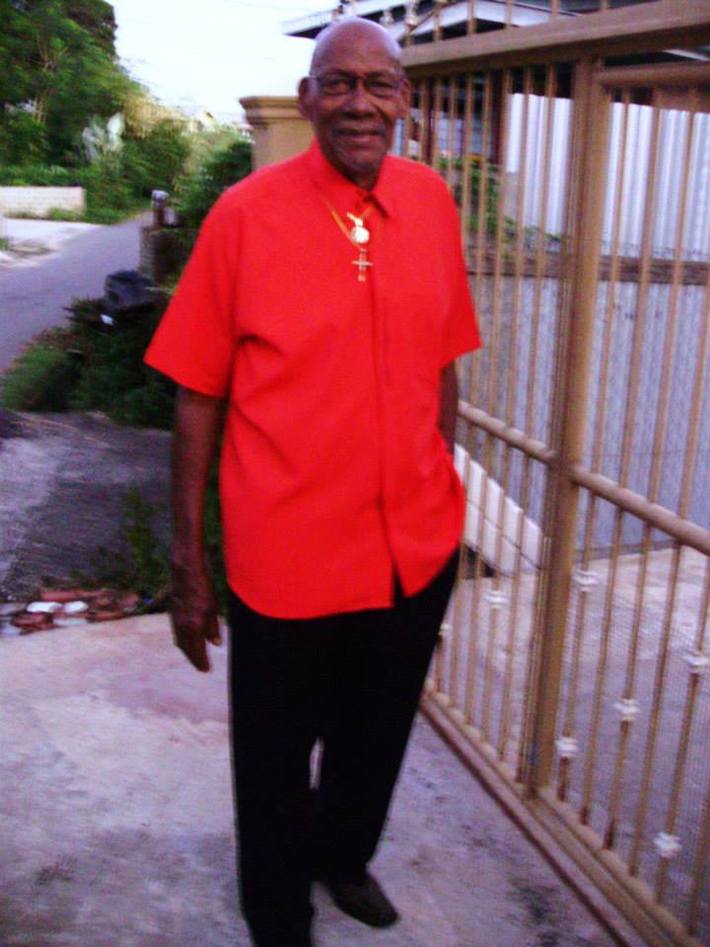 When Steel Talks extends our deepest condolences to the family and friends of Milton "Wire" Austin - panist, manager and founding member of Fonclaire Steel Orchestra.

Deepest condolences to the family, bandmembers,friends and supporters of Fonclaire Steel Orchestra. Milton 'Wire' Austin was also  a true soldier of the steelband movement

Very sorry to hear and sincere condolences to his family. He was an old school pan gentleman, whose passing is a real loss to the community.

The committee and members of Hatters Steel Orchestra would like to extend their sincere condolences to the family and friends Milton “Wire” Austin, founder member of one of San Fernando’s, and indeed the South Central Region’s, most famous steel orchestras, Fonclaire. We would also like to extend our sympathies to our sisters and brothers in pan, members Fonclaire Steel Orchestra, with whom we have shared many formative and wonderful experiences in the past. We will miss the ‘Wire’, he was part of our great pan-family in the South. RIP brother Austin.

The following is an extract of the Histories of the Steelbands from the hidden web pages of The Steelbands (Pan) of Trinidad & Tobago on seetobago.org.

The first three times I met Milton Lisle Joseph 'Wire' Austin on my visits to the Fonclaire yard, he was fiddling with a piece of heavy gauge wire in his hands - but this has nothing to do with his sobriquet. This was not surprising as it was the beginning of the 1998 Carnival season and as manager of the band, he was preoccupied with those hundreds of little jobs you have to do in maintenance of one of San Fernando's favourite steelbands.

As a young boy Milton had lived in a corner house, No11, near the bottom of the hill on Claire Street, San Fernando. Across the access road, Austin Street, a little beyond where the tambrand tree grows on a then occupied lot, Claire Street ends; but it carries on , from a sheer left hand bend up another hill, up the road called Fonrose Street. Two houses up from this corner of Fonrose Street, on the far side, is Mr Watson's house.

Milton and his friends used to play football on and around the corner on this quiet residential road to the south of San Fernando hill. Their 'side' would play Sunday football in Skinner Park as well. As they moved about, they added table tennis to their activities, and in a discussion that took place 'under the lamp-post' on the street outside of 'Wire's' house; they decided to form a 'club' which they named the 'Fonclaire Sports and Social Club' in memory of 'their corner' of Fonrose and Claire Streets. The clubs meeting place was under Mr Watson's house.

'Wire' had other interests and drifted a little away. Between 1950 and 1963, he learned and played 'pan' first in Lil Carib, of Carib Street; and then Trinidad Maestros of Skinner Street, Mon Repos; both small bands each of about 15 members, again from around the south side of the 'hill'. He then gave it all up; to settle and get married.

In 1965 Milton got married twice. The first marriage was to Joan, his present wife, who must be one of the most understanding woman in San Fernando – though 'Wire' puts a different slant on this. The second time was to the result of an idea had by his friends of the 'club'.

Abandoned somewhere 'on the road' of carnival 1964, because of broken wheel supports, opportune members of the 'club' found two 'pans', still in the trestle, which were promptly brought back to the garage at 'Scotties' house; No8 Claire Street, at the bottom of Dottin Street; a road that runs parallel with Fonrose Street. The 'pans' owners identity was quickly lost under a coat of paint. With 'pans' in the garage, the 'boys' off and on, tried to learn to play them. One day, a more knowledgeable 'pan person' coming down the hill passed by for a look, and commented with a laugh that they had 'the same two right side of a Grundig'. Well that did it. "Who we know who knows about 'pan'?" they asked themselves " 'Wire'!" somebody else answered. "He know about 'pan'."

And so in June 1965, Milton 'Wire' Austin was roped into a hobby that would become the other of his life's passions; and got married a second time. 'Wire' at once became captain, teacher, arranger and later manager of the band Fonclaire; started from those undeclared but most probably lost pair of right sides 'pans' from Southern All Stars, further up the hill.

Be Safe everybody.
Love tobagojo@gmail.com

Condolences to the family from Boston Carnival Village #cultureliveshere