Having fallen on ill health in recent years, former Charlie’s Roots guitarist Tony Voisin, 64, passed away on Tuesday. The nephew of late parang queen Daisy Voisin, Tony was the dynamo of the Roots frontline as he slapped his trusted axe in the band’s frontline with late bassist Eldon Oliver, percussionists Clarence Ross and Colin Stephens, drummers Vernon Headley and Vonrick Maynard. Voisin’s musical colleagues will remember him as the laidback guy in the band at the original Roots bandroom at the corner of Oxford and Dundonald Street, Port-of-Spain. 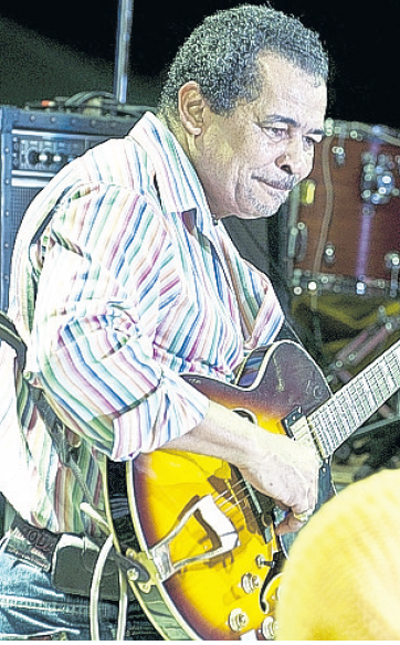 Bassist Albert Bushe and fellow guitarist the late Junior Wharwood subsequently teamed up with Voisin and Roots with the exit of Oliver and guitarist Johnny Blake.

The first Charlie’s Roots tour to North America, Canada to be exact, was in 1978 and Voisin was an important cog in the band’s wheel. That year Calypso Rose won the calypso monarch crown and Road March title, with calypsoes arranged by Roots musical director Pelham Goddard.

A member of the original Charlie’s Roots, Steve Sealey revealed yesterday: “I knew Tony from the origin of Charlie’s Roots as we were both original members. He was always a very nice guy; always batting in his crease. Tony was effective as a laidback musician. He taught young musicians a lot, showing them how to sit down in the pocket of the music and not overplay themselves. Tony was a super friend to everyone. When factions were warring he was the person who would try to

“Tony used to bring some very high jokes, and you had to wait a few seconds to get them. But he loved bringing jokes.

“I remember when Tony used to ride a motorbike, along with two other Roots musicians, Clarence and Eldon. After Clarence got in an accident and damaged his hand, Tony realised that his hands were his music and he couldn’t risk falling off a bike and destroying his career. Tony said if he ever got into an accident which hand will play the chords and which will strum. So he gave up the motorbike.

“As a musician I give Tony a nine out of ten. The reason for taking away the one was his inability to be satisfied with what he did or played. Getting affirmation from Pelham (Goddard) was always important to him.

Another dynamic guitarist I met through Tony was the late George Victory who I met playing with The Commodores when they performed at a Spektakula Promotions’ show in the (Queen’s Park) Savannah.”

Tony was truly an awesome person. He and Collin knew everybody.

odw: I had never seen Charlie's Roots (or any Trinidad music group) play this song before. Thanks!!! Very interesting!!!

Do you all know that "BAHIA GIRL"  was offered to CRAZY and he turned the song down?

Have know Tony since the late 60's (prior to Charlie's Roots) and he has always been a "gentle"man. Condolences to the Voisin Family, may he Rest In Peace.

Permalink Reply by Ainsworth Mohammed on May 18, 2017 at 5:51pm
Great humble and sweet Human Being Tony was!
May His Soul Rest In Peace.