Pan in a major way 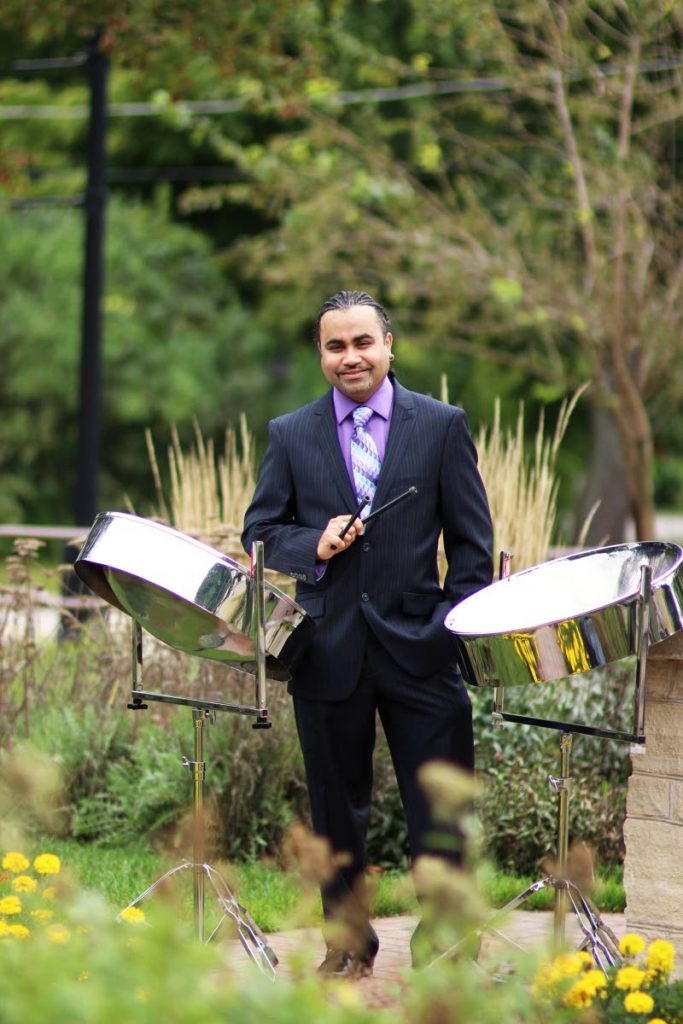 AS TOLD TO BC PIRES

Global - My name is Liam Teague and the steelpan made me whatever I am today.

I’m originally from San Fernando. I grew up in an extremely humble background in a very problematic area, Navet Road, near Pleasantville.

Only as a teenager did I realise my family was “different’ from many others.

Though we didn’t have very much, financially, we were very close-knit. My late parents, Russell and Pearl, did their very best to make sure my sister, Audra-Marie, and I were happy.

I have an older sister, Angela, but we have different mothers.

I met my wife, Lorena, in Panama, when I was a guest steelpan soloist and she was the principal violist with the Panama National Symphony years ago.

....I went to Northern Illinois University at age 19 to pursue a degree in music, with emphasis on the steelpan.

My masters is also from NIU, where I am a professor of music and head of steelpan studies.

My father had a Cub Scout troop. At one meeting, another scout, Darren Sheppard(now arranger for Fonclaire), played a pan and I was transfixed! I told my father immediately I wanted to learn.

I joined the T&TEC Motown Steel Orchestra, then Hillside Symphony.

....My father, Russell, is responsible for me falling in love with both classical and steelband music. He wanted me to emulate Rudy “Two Left” Smith, a steelpan virtuoso based in Europe, who grew up in the part of Trinidad my father was from.

My mother, Pearl, had a special place in her heart for Jit Samaroo and the Renegades Steel Orchestra.

Nice to know a bit of Liam's story and some of his family details. I'm sure B.C can tease more from him at a later stage. More stories like his would be welcome from other pan artistes who are making, or have made a decent living from their association with the instrument. I can attest that the members of Dixie Stars who went to Bermuda in the late fifties as the Esso steel band, were able to change their lives both professionally and materially. By sharing experiences, more of our talented young players may be able to see a viable future away from the local PanYard and into the wider international music community.

Blessings in whatever you do Bro.

Cecil Hinkson: Do you agree with taking WE CALYPSO and trying to make it sound like a BEETHOVEN SYMPHONY on a CARNIVAL SATURDAY NIGHT IN TRINIDAD?

Where is our PATRIOTISM?