So this is what your $700 buys you at Pan Splash: the usual t-shirt, cup, food and drinks AND your TICKET...however our entire Pan Splash area is private including a private entrance so you don't have to fight to get inside. Food court and premium drinks bar is also private, and can only be accessed by Pan Splash members.
There will be a 70 foot pool inside the area for you to splash and don't worry we have a bess filtration system to keep things clean. We have private showers, locker rooms and toilets so you don't have to share with the rest of the pan attendees.
Our party runs from midday to midnight and has a jumbotron and performances with the PHI pan. You are welcome to bring your swim suit because we'll be splashing. Now if that ain't sounding like a bess event, nothing will!

Sherwin, waiting to see if Pan Trinbago is going to sit back is not it exactly. Pan Trinbago promotes this event as the Savannah Party each year, but I suppose maybe this is the first year there is the 'pan splash' angle?

This stuff has been going on since the days of Patrick Arnold as president, and every year things get bigger and more 'out there.' Back in 2006, this shit called 'Savannah Party' that goes down annually, compliments of, and encouraged by Pan Trinbago, cost Renegades a spot in the finals. The characters in the North stand with their Savannah party refused to shut down their own 'party music' and riddims, and threw Renegades off.  No heads ever rolled, there was no boycott, no cost to pan Trinbago as an organization, nobody lost their jobs. That was the actual time to put an end to this travesty - instead it comes back each year.  Take a look at this link on WST’s site, there’s a bit more on it - http://www.panonthenet.com/tnt/2006/post_panorama/northstandsr2006x.html.  Renegades did file an injunction, but it did not matter - http://whensteeltalks.ning.com/forum/topics/renegades-files-an-inju...

But the point is this is a Pan Trinbago initiative which Pan Trinbago and Keith Diaz say brings them money that they need. Keith Diaz should try having this Savannah party and his Pan Splash - without Panorama semis. See how THAT would work out for him!

The head honchos of Trinidad's "corporate world" - that means the business people (and you know how much some of them “care” for pan), back this with their sponsorship with their various possees and company banners advertising their product, complete with the rhythm sections in the stands. The problem is that some of them do not stop while the bands are preparing to strike up, and also while the bands are competing.  Now in addition to that noise hell in the North Stands, there is a Pan Splash in the back of the North Stands itself, with its own separate party. Really incredible and outrageous.  The point is Trinidad steelbands themselves and their management do not care, period, about how this affects them, every year things stay the same.  Let us see what happens if a different administration takes up shop. I won’t hold my breath.

what the hell?  why are they advertising separate 'live entertainment' when there's a WHOLE DAY of LIVE ENTERTAINMENT going on right there?  why are they having OTHER entertainment?  This is a huge piece of crap.  If you want to have a pool party with music and entertainment, take it somewhere else - not AT the PANORAMA. Hello?  The lights are on but nobody's home?  Is the word "PAN" not clear enough for you in the name of the event?  If you just wanna fete and not into pan, that's fine - so why keep your fete AT the Panorama?  It makes no sense. Unless of course the intention is to (surprise??) deliberately disrespect pan, panmen, and panwomen by saying 'eff you' right in the face of the main event.

And further, I can't BELIEVE these people came and advertised this here - like they really think pan people are gonna like this idea?  What - they think we go buy some tickets?? LMFAO. What is wrong with these people? Do they not have a blasted CLUE?

Truth be told. The Pan came into being by way of the African genius. No other race was involved. Purely African, and solely because of that, it has been the scorn of the "so-called upper class" to this day, who, like Napolean the invader into Kemet, could not stand the fact that such genius resides in the African mind and would go to any length to destroy what they beheld. To have a pool party at the same time and venue as Panorama is the height of disrespect to the African genius.I am calling on all Africans who are involved in the Pan Movement to boycott and stand up for your pride and culture, if Pan Trinbago should allow such an insult to take place on the night of Panorama. I see that there are some members of WST who like  this stupid and insulting idea. My question to the members is. How could say you're a member of WST and go for such nonsense?. Trust me, if the leaders of the steelbands don't stand up and show their disgust, then by next year there will be an amplified sound system on a stage, pushing the dagger further into the hearts of the ancestors who passed this knowledge onto us. I hope and pray that there as still some real Men left who would do the right thing even if their sponsorship is challenged.WAKE UP AFRICANS, OPEN YOUR EYES AND GET OUT OF BED, YOUR CHILDREN'S FUTURE IS AT STAKE.

This is simply a public display of unbridled hate for a culture and people. 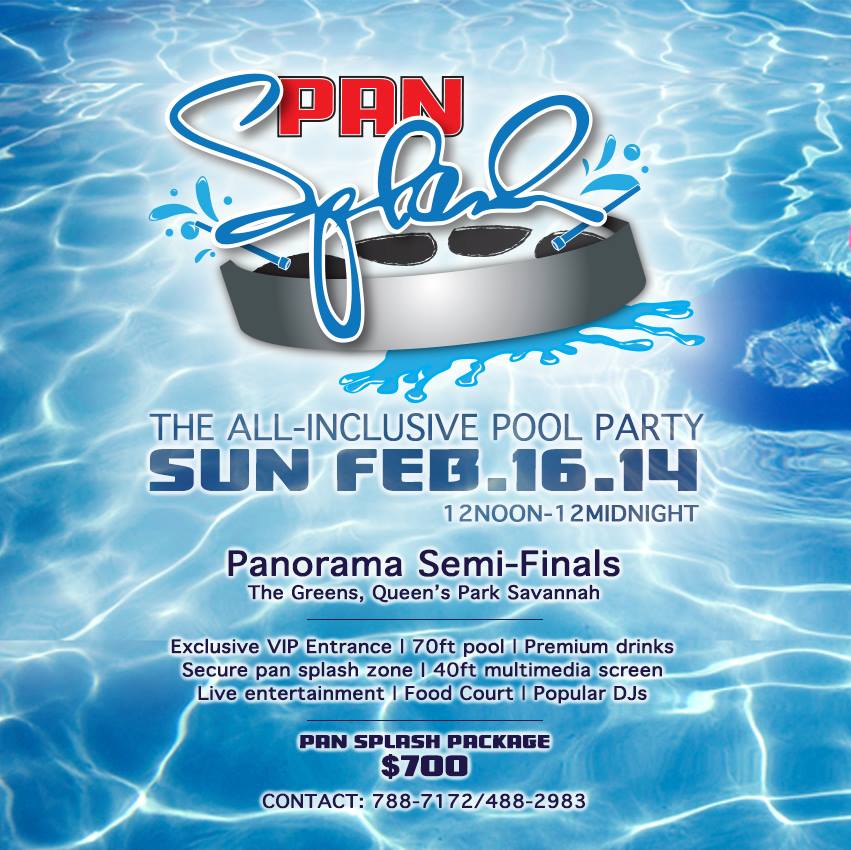 The realty are that present & future Govt are under pressure from TT Citizens to get the TT TaxPayers monies out of - Chutney Soca Monarch, Soca Monarch, TUCO, Pan Trinbago, TTBA etc.- these organization are complaining about cutbacks on their 2014 subventions. The Minister is pressing these organization to be self-sufficient. I see no let up on the TT Citizens backing down on these protest about Tax Payers money. Very soon their would be a major announcement on these issues, a consultant has been appointed last week to look into these organizations pro & con towards carnival revenues $$$$$$$$$$$$ within their organization bring into the country. (tourist dollars)

All of these organization have an excellent product to be self-sufficient - they are lacking people who would carry them forward....

Cecil, in TT you cannot FIRED a police officer, a civil servant the Laws governing these institutions are arcane, when they do wrong they send them on paid leave.

Organization like pantrinbago have strict rules about operations namely - yearly Audited Report - the big question as a public entity - are their annual report confidential or open to the public?

The GHOST is coming down. He will eradicate all evil, cure every ill, audit every book, enrich each panman and make PAN TRINBAGO a GLOBAL FORCE in the music industry. PAN WILL MAKE MORE MONEY THAN OIL.

When the steel pan was started many years ago, it was like if the founders and players were outlaws and in many cases were treated as such. They stood tough and fought hard to preserve pan, they persevered and created a movement, these pioneers were innovative thinkers who thought outside the box. Today we enjoy "we pan" because of them and unlike many I do not belive that pan is in danger, it just needs to be capitalized on with greater foresight. It should be mandatory in all Government schools, integrated and used especially in high risk areas like a youth club where  kids not only learn to play at Carnival time but become proficient in music and playing year round.These kids can be taught arranging, tuning, the history of pan, fundamentals of making a pan and be part of year round concerts throughout TnT, under the auspicies of Pan Trinbago. Pan should be used as a tool in crime fighting from a social standpoint. While this idea may sound idealistic it's doable because for every child who gets involved, it means one less young mind left idle for criminal elements to influence.

Let me attempt to reconcile what I just expressed with this pool party on the Greens. I see it as thinking outside the box. I would prefer this activity right next door to the Panorama as long as it does not disrupt, than promoters keeping events to rival panorama in other areas, thus pulling people away from instead of closer to the event. What this does in my mind is expands the panorama party. Let the Savannah Party as we call it, really be just that with the centerpiece being Panorama. Capitilize on making revenue around it and use that revenue to put in place some of the ideas I expounded above. We need to invest in our youth who already are the backbone of the pan movement even more.If done wisely it could prove beneficial in expanding the love for pan which has diminished greatly, more importantly it's about playing a part regardless to how minute in saving our youth.

Come Pan Trinbago you have disappointed for far too long, time to step up and play your part,don't let this Pool Splash and and whatever else you may do in the furue on the Greens just be a money grab. You have a gem in the palm of your hands that you can use so effectively to help save the youth of our nation and give even greater stature to your organization. Partner with the Gov't and steelbands to start this initiative, think outside the box even more and make it happen.