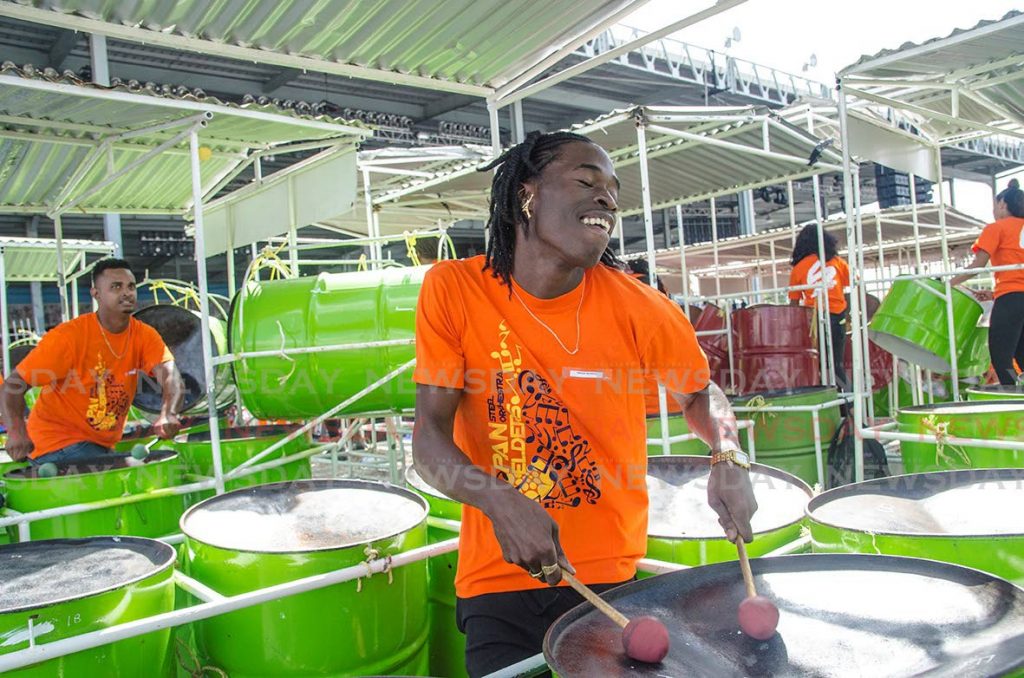 Members of Pan Elders enjoy themselves during the steelband's performance at the semifinals of the medium band category of the Panorama competition at the Queen's Park Savannah on February 9. - Warren Le Platte

Couva Joylanders made history on Sunday when they were crowned Panorama Champions of the medium band category when the historic final was held in Tobago for the first time.

For last year's champions Pan Elders, however, the news may have been a bitter pill to swallow as, for the first time in about eight years, the southern steelband had been eliminated from the competition at the semifinal stage one week before.

The seven-time champion band from Carib Street, San Fernando, had experienced a sudden nose-dive from first to 11th place in the semifinal at the Queens Park Savannah.

they have had a great run