Lilian: The Pan Yard is always a meeting place. I mentioned the money in another post and I am not sure if Diaz has any left. But if he calls the bandleaders and tells them that he is coming down to bring some FUNDS (or promises of FUNDS) for sprucing up the Pan Yard (or whatever) and a few drinks -- he will get the audience that he needs.

My campaign is not a "NB" campaign. It is a "NO WOMAN FROM TOBAGO" campaign. Very different emotional strings.

You are rubbing salt in my wounds because I am still hurting from the KAMLA defeat and I was particularly upset with that "NR" slogan going into the vote. I knew it was going to backfire.

However, I am quiet certain that my "NWFT" slogan will put KEITH DIAZ back in office.

Bugs you are so on Point...

Mr. Gonzales, i grew up in the days of Sorry, Please, Thanks etc,Do not take it as a sign of "weakness", but as a sign of "Respect", because as you have indicated in the absence of Facial expressions and body language, a discussion becomes Impersonal, until one gets familiar with the other party.

We have provided continuous info both on the New Vissionairies website and on this site from the inception. Actually, the reason that the Executive of PT labelled us  as "Persona non Grata" was because having no forum to express our concerns, because of the Standing Orders of PT, which has been designed to muzzle members at meetings, we decided to use all social media to educate the public on lots of the inside info about the corruption in PT.

Again if you go back to discussions on this site, post October 2012, you would have gotten some of the answers that you are requesting. I will first answer the question about Beverly Ramsey Moore by saying, she has proven herself along with Keith Simpson, to be people of INTEGRITY. I have known Keith for over fifty years and we served on the Northern Regions committee as Vice -Chairman and Keith Treasurer,during the period 1992 to1996 after which committee decided that we were not going up for re- election.

In  July 2012 both Beverly RamseyMoore and Keith Simpson, who held positions on the then executive of PT, resigned from thei elected positions and their decisions were made public as reported in Daily Newspapers,and cited issues of corruption, transparency lack of Integrity.

I found this to be a very BOLD and formidable move by these two members which to me showed great Character. In further subsequent discussions with Mrs. Ramsey Moore and getting to know more about her Professional Life as CAREER PERSON and also observing the ability to uplift Katenjammers, acquire a good sponsor and own lands in Blackrock ,Tobago, building on of the Best PanTheatres in T&T, was proof of a person who had very good Leadership Skills, and these were enough reasons for  the other members of our group to endorse her as the leader.

Hope this answers your questions.

Beverley Ramsey-Moore...Time to Wake UP

I have read all five pages of replies on this discussion thread.

.I was also at the meeting where I made a short but significant contribution persuading my fellow members and appealing to the executive to allow the opportunity for the 'persona non grata' status to be appealed by the floor membership.

I did not remain for the passing of the motion as I felt supremely confident that my contribution at that meeting, along with others made would bring about the outcome, that we all can now enjoy...one of inclusiveness, one of maturity within our executive leadership, to ensure that democratically, our organization is on the way to being in good organizational standing..

To the detractors, naysayers of the good, bad and indifferent......Elders have a saying...."what is joke fuh school children, is death fuh crapaud.".....I am making a special appeal to everyone on this forum, particularly those who are on election slates for this upcoming Election,....to thread carefully and be mindful with all of our treasures on this forum......It has taken us a long time for us to get to this point ....3 years to be exact..........I am very thankful and appreciative that the members of the floor membership of the Congress of Delegates have taken a decision via motion to be inclusive of all......Best of Luck to all 31 Candidates....and thank you to the members of the WST forum... 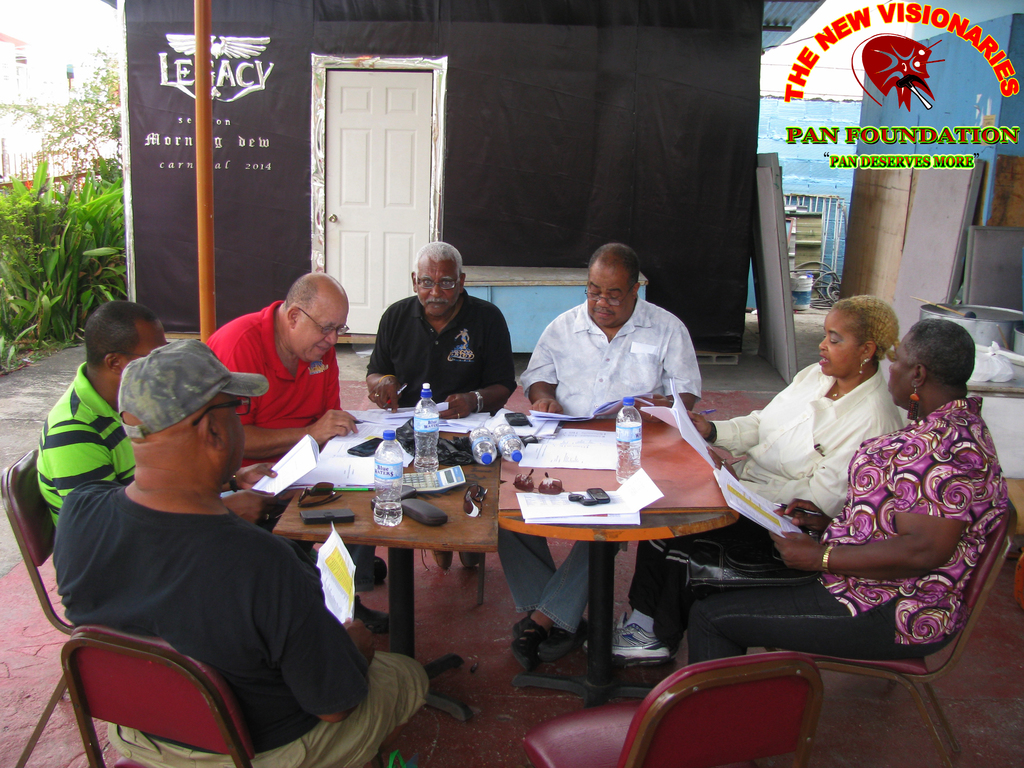 ALWAYS DOING THE BUSINESS OF PAN