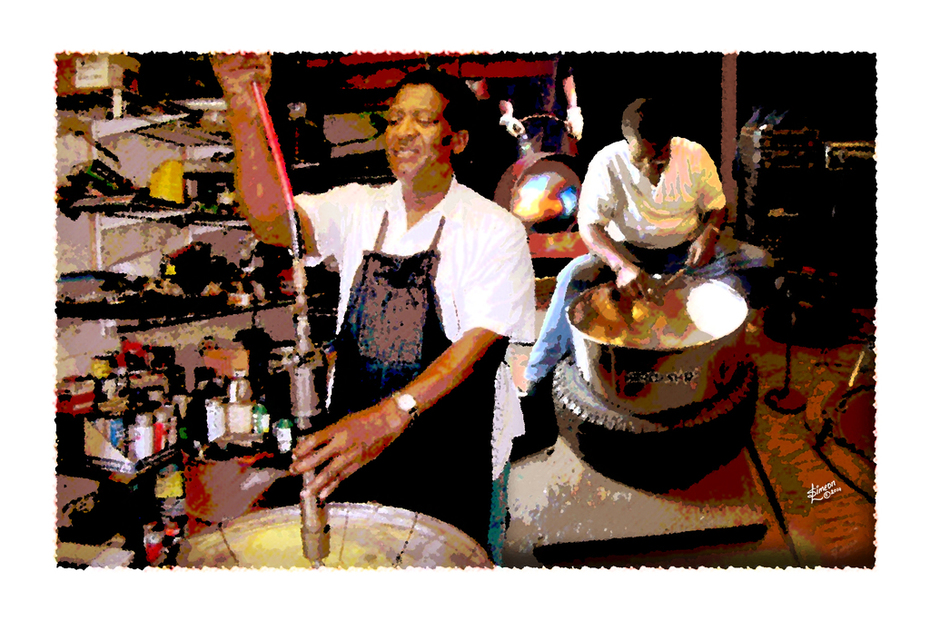 I will like to say thanks to Leon Simeon  for posting the picture,   Ian Franklin, Patrick Ramdoo, Caspar Jjunior Durant, Charles La Bow, Jennifer "Jenny" Jagbir, Dr Dawn Batson and Salah Wilson for your Kind Comments,  Thanks you all..

My first impression of Mr. Michael Kenahan is that he had a smile while playing on the road at Miami Carnival. The very next year a saw him again with that same smile. I later was introduced to him by "Jammer" a pan enthusiast I met when Tokyo Steel Orchestra came to California in 1984. "Big Mike" opened his own group, 21st Century and I improvised with them on the road at Miami Carnival 1996 and later performed with them at 2 panoramas, but were beaten into 2nd place by "Boogsie" both times (lol)

"Big Mike" is an excellent tuner, arranger and panist. The chords that he uses are so soothing and his playing ability with those 3 sticks make his double second sound like a piano. I think that we should train our young panist in the art of performing with multiple sticks. I along with few guys traveled 100 miles return just to play Big Mike's Music. "Big Mike's" arrangement with 21st Century has entered more Florida panoramas and has more victories.

21st Century has a live recording Christmas CD that you all should have, its marvelous.

Keep up the good works Mike, the man I call "The Bradlry of Florida"

Mike Kernahan is an ex-Tripoli player. If you are looking for decency and integrity to head PanTrinbago, don't look further. Wonderful personality.

Very good player, arranger and tuner.  Glad to have the opportunity to play with his band.  Keep up the good work Mike.

Keep up the good work Mike