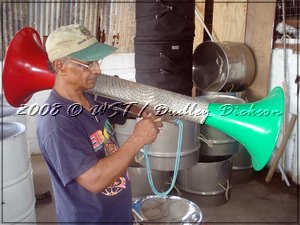 Hailing from
Trinidad and Tobago, Skiffle Bunch is one of the
worlds best steel orchestras. They are the
featured orchestra in this weeks 'Steelband
Music Video of the week'.