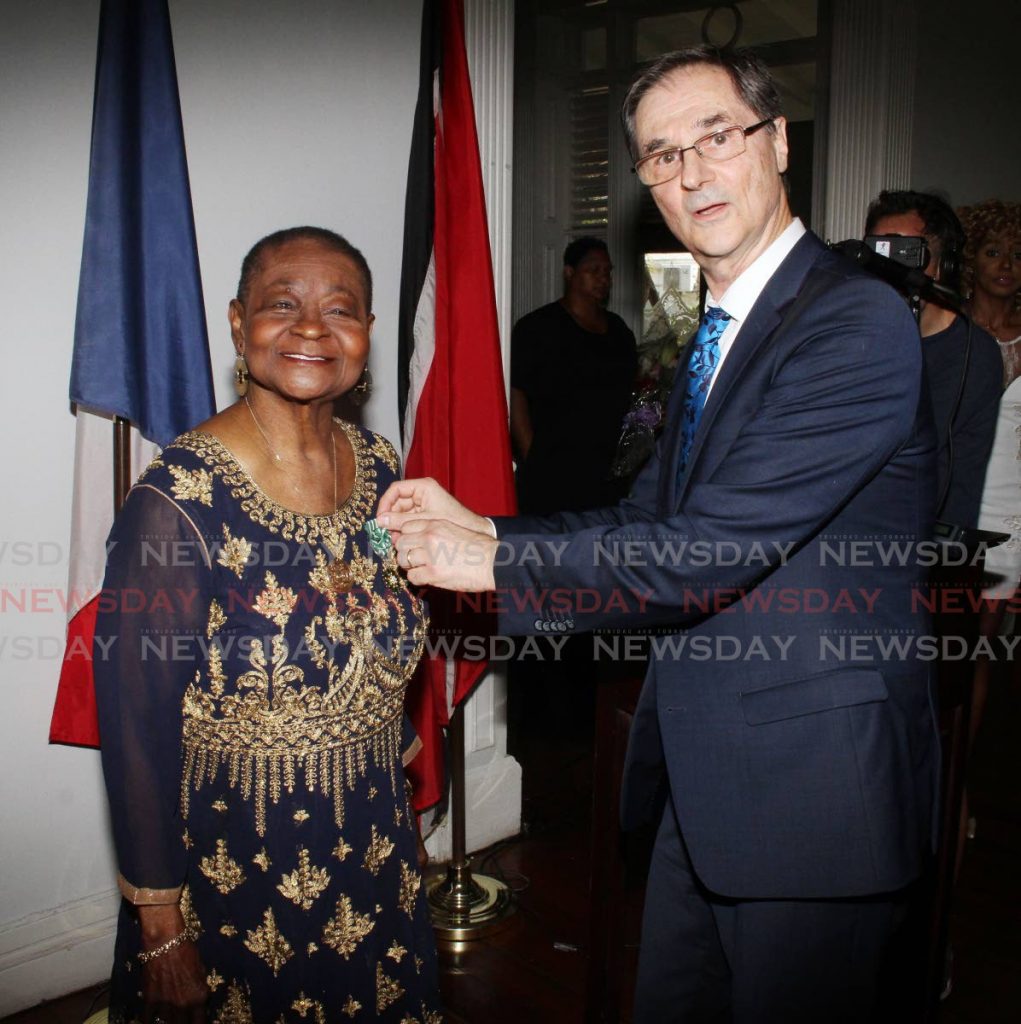 Linda McCartha Monica Sandy-Lewis aka Calypso Rose, is presented with the Officer of the Order of Arts and Letters, the highest French award for Arts and Culture, from French Ambassador Serge Lavroff, at the French Embassy, Mary Street, St, Clair on Thursday. - ANGELO MARCELLE

CALYPSO ROSE, one of TT's most distinguished international artistes, has received yet another prestigious international award. On Thursday, the 79-year-old was named Officer of Arts and Humanities, on behalf of the French Government, at the residence of the French ambassador to TT.

The award is regarded as one of the highest honours among the four French Ministerial Orders of Merit. She is said to be a well-known name in France and has previously won awards in the country, including the world album of the year award at the Victoire de la Musique awards in 2017, the Grand Prize for world music at Sacem Grand Prix and the 2016 artist award for world music by Womex at the 18th Womex Awards in Spain.

The ever-smiling Calypso Rose, whose real name is Linda McCartha Sandy-Lewis, was present at the embassy to receive the award, despite coming off a typically hectic travel schedule. She received a medal and certificate to validate her most recent achievement, which was delivered by the French ambassador to TT Serge Lavroff, who said he, like much of France, is a fan of the veteran singer/songwriter.

From the album ON TOP OF THE WORLD