FOR IMMEDIATE TRANSMISSION : The Judgment of Ronnie Boodoosingh 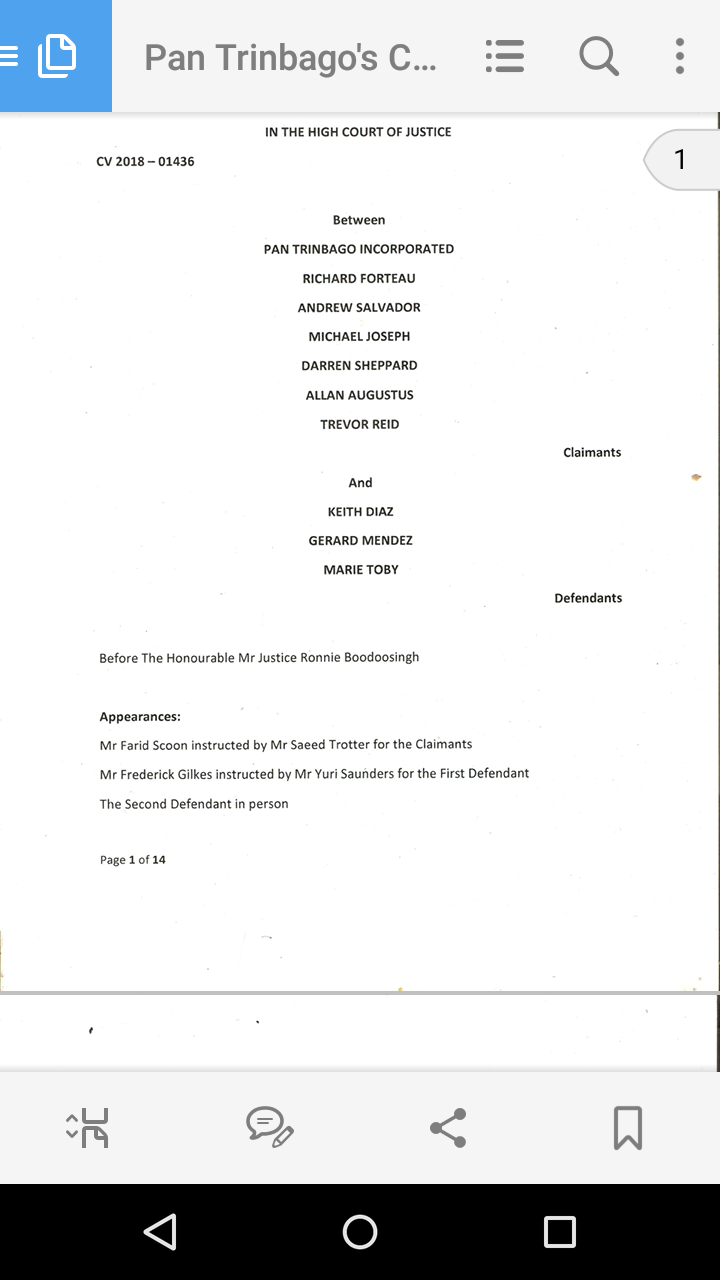 merrytonestothebone: The judge recommended that a "mediator" acceptable to both sides be hired to resolve the differences between the two parties. I am nominating you!!! 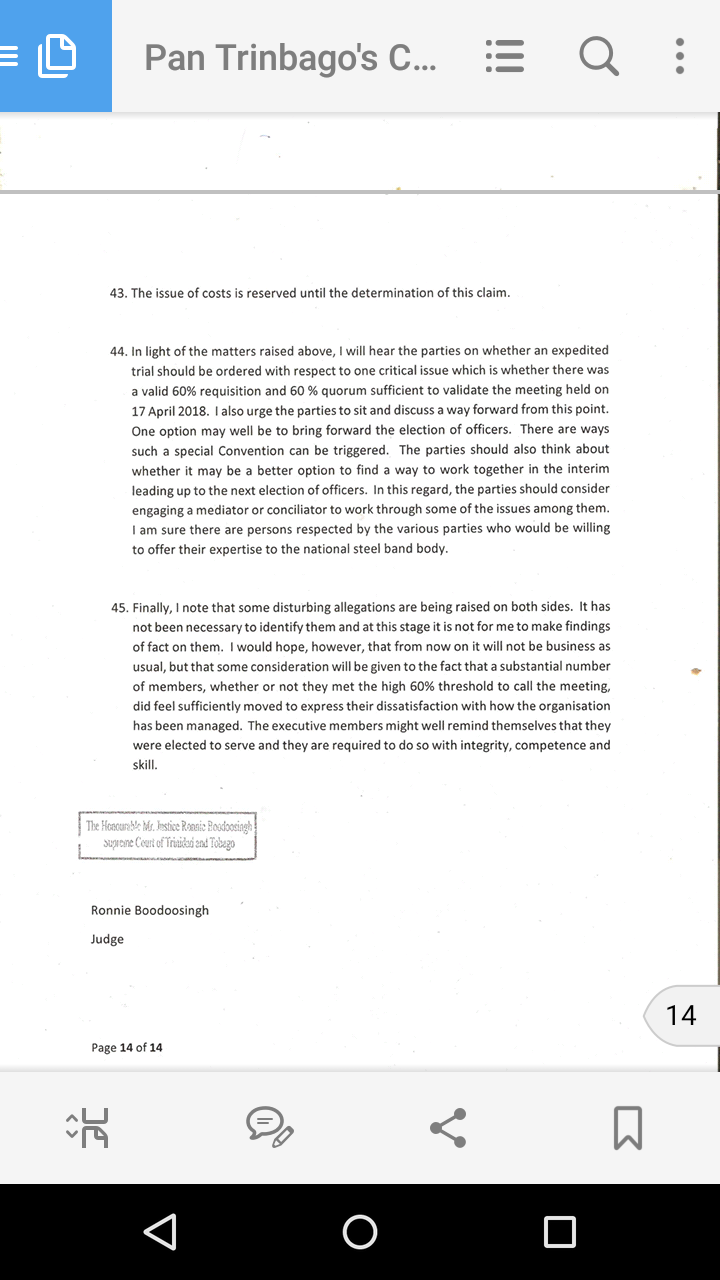 Thoughtful work by Judge Boodoosingh. I guess whoever did not understand their constitution before now have a great tutorial on it. I trust that pannists recognise that they do not even feature in this entire discussion. Pan Trinbago represents its members (STEELBANDS). Pannists are not a 'thing' in this. Be aware!!! Seek representation or we will be forever doomed to the role of servitude in this industry.

You could not have SUMMARIZED it better, MR. MAYNARD!!!

I trust that pannists recognise that they do not even feature in this entire discussion. Pannists are not a 'thing' in this.

Claude...We for some reason we keep refusing to accept the fact that Panorama is indeed a competition among Steelbands. It always has been a group competition. Hence the reason why since panmen/women play Pan is it the group, band, Steelband, panside...call it what you that is responsible for compensating panists at Panorama or any other time. If Steelbands were able to adequately afford 120, 90, 60, 30 players per band for Panorama then we would have no issue. But that is not the case and again the answer is not to be found in blaming Pantrinbago or even trying to defraud the government annually.

In the first place Panorama has become to unweildly and clearly Pantrinbago, steelbands, the government, the country cannot afford Panorama. The real problem is not too many players mouths to feed...Is it too many steelbands. Far far too many. Add to that the sizes of bands which everybody loves and nobody seems to realize is killing Panorama slowly.

Maybe representation, unionism (if that is a word, not sure) is what we need for true. At least it may now  force panmen/women to live morally by rules that will have to exist to govern membership in any such situation. Maybe it could be ideal for Steelbands since they will now be in a position to demand their fair share of the "pie" from all players.