Hatters Steel Orchestra arose to having a rough day on learning of the passing overnight of two of the bands iconic members. Past Captain and arranger Steven Achaiba is understood to have died at home, in the late hours of the 19th July; whilst another past Captain and stage-side member Kenrick ‘Parrol’ Millington, following an evening emergency move to the San Fernando General Hospital, died there during the early hours of 20th July 2018. Both of these members were of the same era, having begun their journey through steelpan in the mid 1950’s; and were closely associated after the mid 1960’s.

The executive and members of Hatters Steel Orchestra take this opportunity to extend their condolences and sympathies to the family and friends of Steve Achaiba and Kenrick Millington. 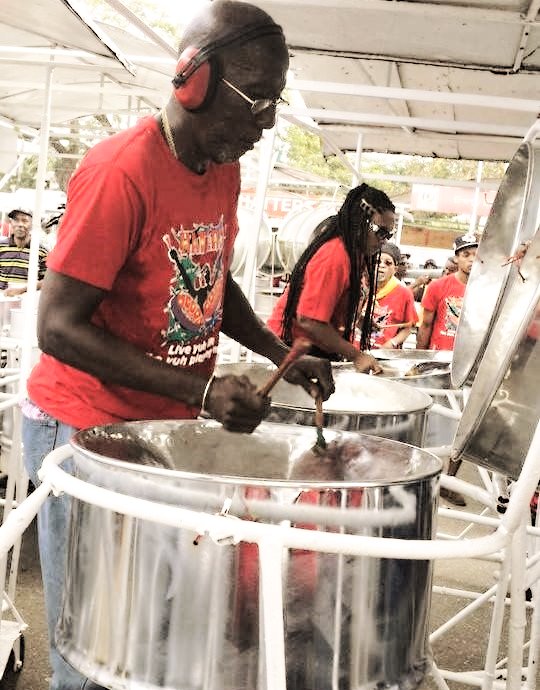 Kenrick ‘Parrol’ Millington (26/12/1946; RIP 20/07/2018) a former member of Starland Smphony and Teenage Symphony, joined Hatters some early time after their reformation in 1967; in time for Panorama 1968. At that time he was a tenor player. ‘Parrol’ was known to use the shortest tenor pan sticks in the business. ‘Parrol’s’ affinity for these short pan stick led to an incident that has now become an urban pan legend. Often jokingly reminisced in those ‘old-boys’ gatherings; was when Achaiba (arranger at the time), a stickler for uniformity and discipline, a day deprived ‘Parrol’ of his pan sticks “an’ pelt dem over de fence”, much to everyone’s amusement. A versatile player, ‘Parrol’s’ was encourage to strengthen the bass line, where he championed the 10 bass for a number of years. He would later adopt the challenging quadraphonic pans, on which he would remain the section leader, for over the remaining 20 years of his life. ‘Parrol’s’ mentorship of the ‘quadro’ section will be sadly missed.

‘Parrol’ Millington is reputed to have been Hatters vice-Captain for part of the period of the bands ascendancy in the mid 1970’s, when Steve Achaiba was Captain. A change in Hatters direction saw ‘Parrol’ elected as Captain in 1977, a post he would hold till around 1981.

‘Parrol’ Millington’s heart and home was Hatters panyard. ‘Parrol’ was always there, for everything. No matter what, ‘Parrol’ could most likely be found in the yard, in the evenings; even up to a week before his passing. ‘Parrol’ was of the old-school tradition, although he accepted the new changes in pan, he however strongly supported a proprietary way. In disagreement with issues of the executive, ‘Parrol’ retired himself from performing with the band in 2017. Despite these issues, ‘Parrol’ aged 71 when he died, remained steadfast and unconfrontational with the band to the end; an attitude that earned him further deep respect from Hatters current members. 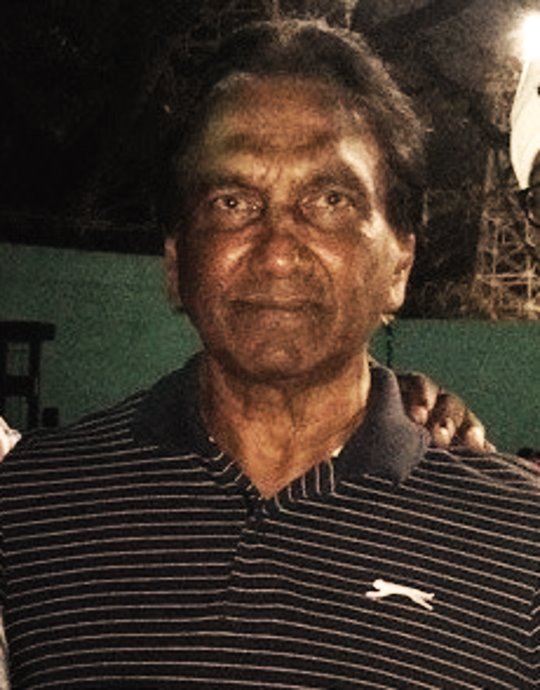 ‘Steve’ Achaiba (18/07/1944; RIP 19/07/2018) started his exploration of the steelpan world as a tinpan maker and tinpan player. He would later graduate to the steelpan; and still later, move on to become one of TT’s iconic steelband arrangers.

The exploits of Steven Achaiba are much documented elsewhere; and in particular detail by his music teacher niece, in her graduate thesis ‘Steven Achaiba - Arranger’, held in the archives of the University of the West Indies, Department of Creative and Festival Arts. So our entry here will be cursory.

To the time of his death in 2018, age 74, ‘Steve’ Achaiba, with Hatters, may claim to be the last arranger to have won a Large National TT Steelband Panorama for the South-Central region; some 43 years now passed

The Achaiba family respectively continue with their own arrangements for Steven ‘Steve’ Achaiba; at their home, Seukeran Street, San Fernando, Trinidad, TT.

Kenrick ‘Parrol’ Millington will be respected from this evening ~07:30 pm, Saturday 21st July 2018, and ongoing; at the Hatters Pan Theatre, 100 Lady Hales Avenue, San Fernando, Trinidad, TT. Friends and past members are invited to participate; either by attendance or by joining the band, while they practice to be ready to perform (TBD - see later updates) at the respective funerals. Any contributions like food and drink are welcome.

FUNERALS (The following may be subject to updates)

BAND PERFORMANCE (The following may be subject to updates)

Hatters Steel Orchestra, hope to perform at the funerals, somewhere opposite Guide’s Funeral Home. However, because of space limitations; this option may not be possible.

A 2nd option is for the steelband to perform in respect; at Hatters Pan Theatre, 100 Lady Hales Avenue, San Fernando, Trinidad, TT; some time in the early evening, Monday 23rd July 2018.

A later posting will clarify these arrangements.

My condolences to the respective families and all Hatters membership

RIP Parrol!! From a brother from Carlton Lane in San Fernando.