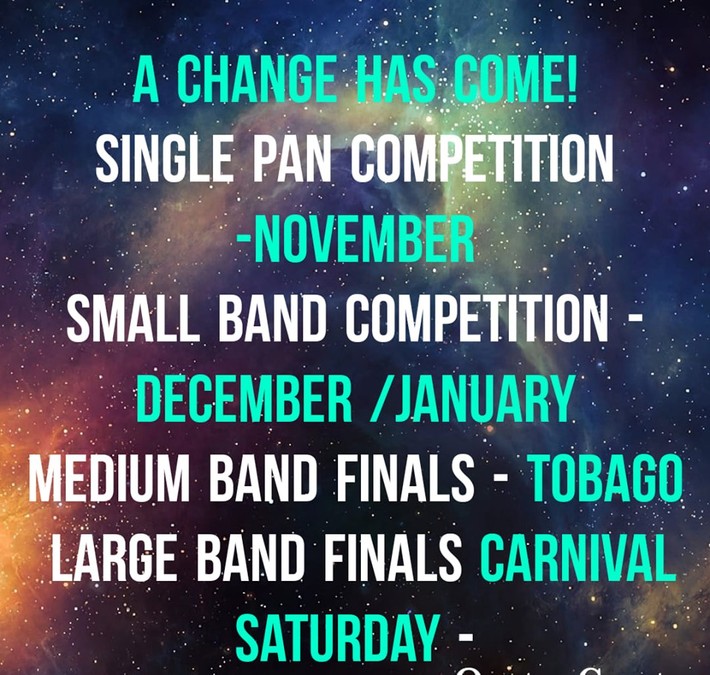 Bertel; Some may not understand the decision-making process here. Thanks for providing clarity.

I'm reminded of the quote..."Opinions are like A-holes, every-body has one." 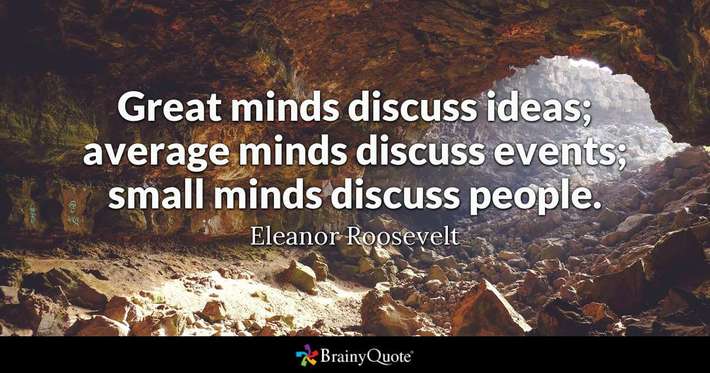 Just because the memebers gave their blessing doesn't make it good thing to do. These are the same members voted the ganstas into office over and over again.

The business prudent move would have been to suspend all Panoramas except the large band category for a couple of years to get the organizations financial house in order. The single-pan, small band and medium band don't make business sense.

However, the biggest problem Pan Trinbago faces is its complete failure in attacking young people to the art form. Until Trinidad and Tobago can get young people to pick up pan sticks before the video game, you are looking at a dead man walking scenario.

Bugs, all I would say is that Pan Trinbago is a membership of ALL (Most) Steelbands in Trinidad and Tobago. Single, Small, Medium, Large Bands! What ever decisions THEY make/take MUST take ALL into consideration. I rest my case.

Pan Trinbago is the Titanic and it has already hit the iceberg. So unless some radical change in thinking and operation is applied - well you know how the story ends.

If the large bands have the ability to keep the boat from sinking it might be better to follow their lead for the moment than to end up swimming with the fish.

When it come to Panorama - ALL don't make business sense. Only Large and Junior Panorama make sense. Ask ODW for the numbers...

Out of the 180 or so Panorama performing bands, there are just about 20 Large Bands in the mix, so that 20 cannot have the majority say.

I understand what you are saying Bertel, but the reality is there is no real Panorama economically feasible market for the other 160 bands. Trinidad & Tobago and the world in general never bought into the categories business. Categories did not always exist. It is a failed experiment that has not work in terms of a product that is in demand. Categories are at best a hustle that put money in the pockets of a few. Nothing more than a shameless redistribution of wealth among the other the bands that could never win anything.  The numbers don't lie during the Panorama season the world is not interested in the medium and small bands.

It would have been better, if a certain amount of the Panorama profits were just set aside for the other 160 members rather than diluting the product. This is done sports all the time.

If the other bands are serious about competing they will join forces with other bands in their region to obtain the large size. The rest of the world seems to understands this.

The large bands are what captures the imagination of the people.

What do you think the "mass" bands in the US are about?

The clock is ticking Bertel. What happens if the large bands leave Pan Trinbago and hold their own panorama? All the stats say they would be extremely successful.

The reality Bugs is we have to work what we have. This is not a wife you can wake up one morning and decide to divorce. The 160 small bands IS part of the big picture. The big bands ain't going no whey!

Bertel you can't handle the truth.

Pan Trinbago as structured is a one trick pony call "Panorama."  It is an organization that has a very bad reputation. It has never had to fend for itself and has never held a job. It has had very few, if any, stories of business success. Most of its members and supporters live in the past or spend most of their time on a reminiscing facebook channel reliving a golden area that has long passed by.  In reality they are stuck in a loop on game show or playing a crossword puzzle with no real prizes or means to contribute to meaningful change. These outlets beyond the occasional historical facts or trivia, generate no real time or original content or stats that can create a bit of sobriety to the modern day pan crisis in TnT. Real leadership has not been a part of this organization since George Goddard.

Sad thing is that from a business and music perspective a lot of bands in Trinidad and Tobago belong in a trivia and reminiscing channel.  They have no business being in the same stratosphere as the marquee bands. These bands would have been better off investing their monies in a hedge fund or Wall Street. They would all be multi millionaires right now.

In spite of his cantankerous ways, Claude Gonzales is right when he ask "where is the music?" You have bunch of organizations that are connected to music creation, but know absolutely nothing about the music business. Who are we fooling? There are children who can make more money on a Twitch channel in a year than Pan Trinbago can make in a decade.

The problem is how does one tell someone you don't even know what you don't know?

ODW dropped some real facts, real stats, and real talk - you need to respond to that.

Bertel I keep telling you one plus one is two and you keep responding that it is eleven.

Bugs, you dont have to convince me about anything Pan in my country Trinidad and Tobago. You have to convince the thousands of Pan people and of course the T&T Government who pour millions of dollars every year into our culture to attract thousands of tourists to our shores. On a larger scale something seem to be working here year after year,because they (Government) keep doing just that.

Regardless of how many one plus ones, and how many elevens we both come up with, Pan Trinbago belong to the Steelbands of Trinidad and Tobago and THEY make the rules and live by them. WHAT WE BOTH THINK DONT MATTER! If we really love the steelpan, and I really do, we have to learn to sleep with the devil there. Stats and ole talk really dont matter if you dont have majority say, and this is so everywhere in the universe.

Looks like they want to use  Panorama to promote Tobago tourism. Doh get it twisted..

And thats GREAT for Trinidad and Tobago!! MUCH NEEDED!! There is only one Treasury.

Well BEVERLEY tell THE DELEGATES in the meetings that the PANORAMA IN TOBAGO will become bigger than ANY JAZZ FESTIVAL in the world after a couple years. And tourists will be coming from all over the world to see these PANORAMA FINALS and PAN TRINBAGO will be bringing in MILLIONS as a result of this BEVERLEY INITIATIVE.

And dem DELEGATES swallow that!!!

The TRUTH IS that THE TOBAGO HOUSE OF ASSEMBLY will be footing THE BILL and TAXPAYERS in TRINIDAD are going to subsidize another MONEY-LOSING PAN SHOW!!!