Simply the best on and off the field 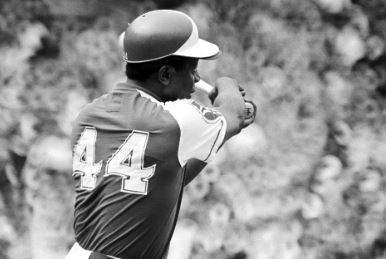 Henry Louis Aaron holds a plethora of major-league records, some of them likely to stand the test of time. He ranks first in both runs batted in (2,297) and total bases (6,856), first in home runs for non-steroids users (755), fourth in runs scored (2,174), and seventh in WAR (143). He was named an All-Star a record 25 times, thanks to the four-year stretch when the majors doubled up on the Midsummer Classic.

He led the National League in batting twice, runs three times, runs batted in and home runs four times each, and eight times in total bases. He also survived death threats, endless racial taunts, and the pressure of pursuing the greatest record in sports – all while playing for a team far from the major media centers in New York, Chicago, or Los Angeles.