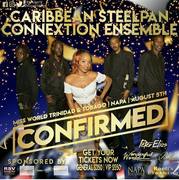 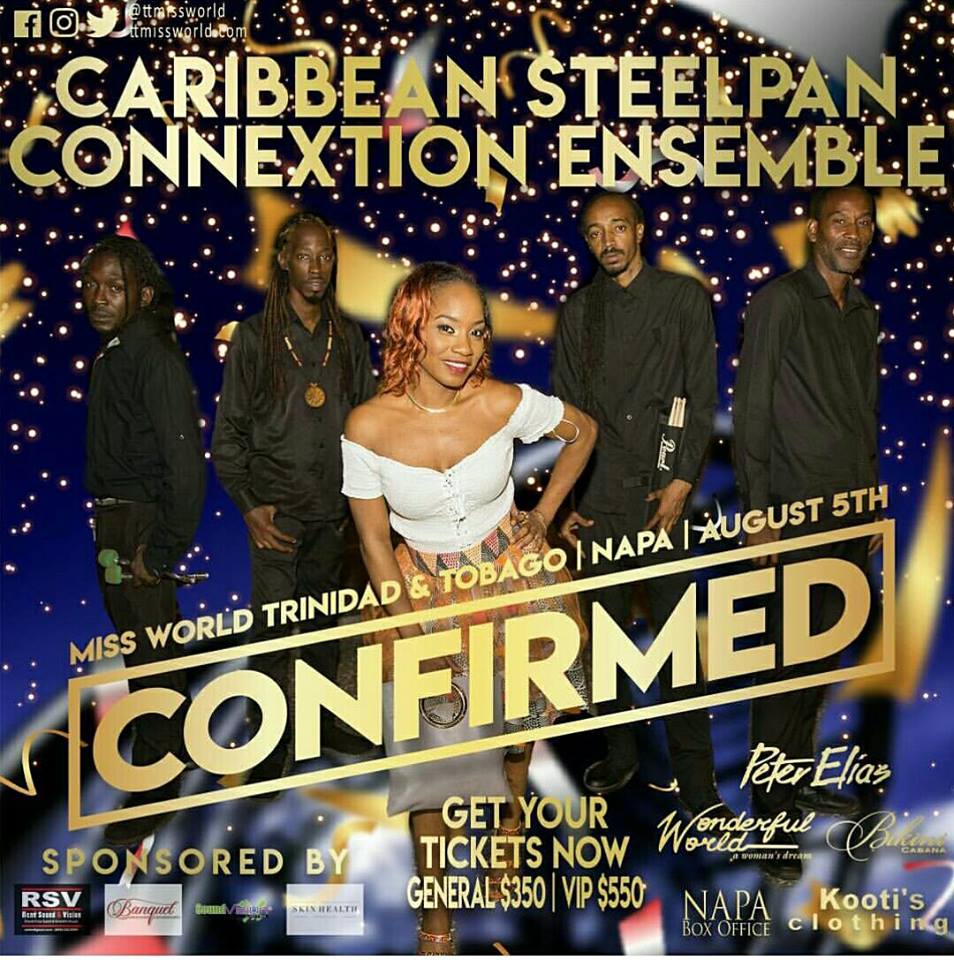 Caribbean Steelpan Connextion Ensemble is pleased to formally announce that our group will be performing live at the finals of the Ms. World Trinidad and Tobago Pageant 2018.

The event will be held on Sunday August 5, 2018 at the National Academy for the Performing Arts in Port-of-Spain.

Although extremely calm and collected during this announcement, team lead for the ensemble, Mr Andre Robley did manage a smile as he expressed the overwhelming sense of joy and pride that has been circulating within the camp of ten (10) musicians, over the last few weeks. He relayed that the group continues to rehearse feverishly under the musical directorship of Mr. Kwesi Paul and himself, and is committed to showcasing the versatility of our national instrument before an audience which includes patrons, media, corporate Trinidad and of course, the contestants.

As a reminder, #teamCSC (as the group is also known,) took steelpan to the city of Astana last July under the patronage of CARICOM. Since then, the ensemble has been building an impressive portfolio inclusive of performances at the Trinidad Saudi Chamber’s Inaugural Business Forum 2018, Fiesta Plaza, the Opening Night of WE Beat 2018 and World Music Day 2018 at Drinks Bistro and Lounge.

Caribbean Steelpan Connextion is also the owner and producer of an annual Carnival production which is entitled, The World on Steel. Their inaugural event featured notables such as Andre White, Akinola Sennon, Carlton “Zanda” Alexander, the Codrington Pan Family, Calypsociation, Jai-an Sakamoto and others.

The group is expected to reveal further plans soon and is encouraging entrepreneurs and wider corporate Trinidad and Tobago, to contact them for investment opportunities via Caribbean.steelpan@gmail.com