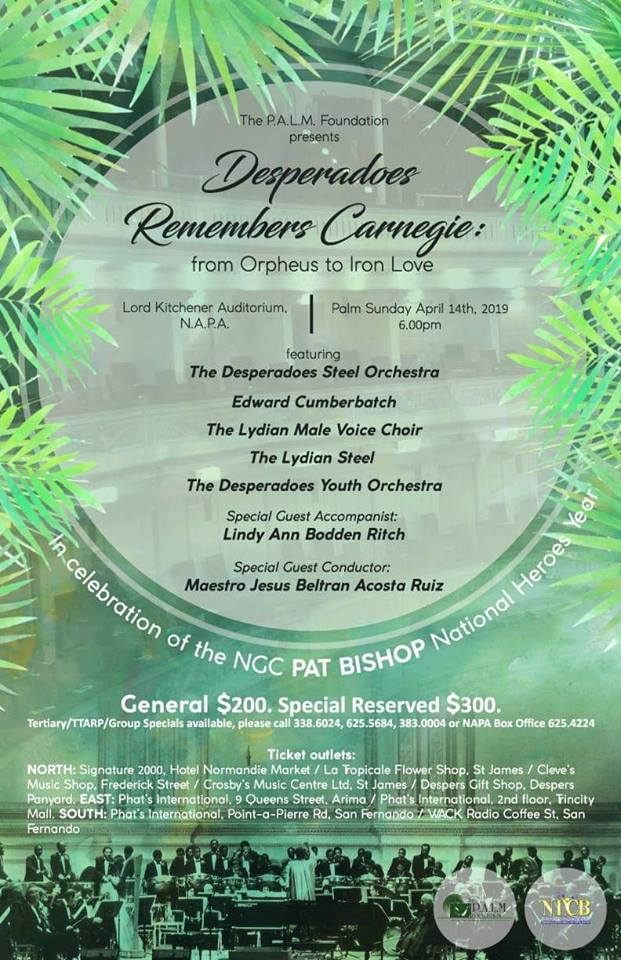 The Palm Foundation is producing its first annual Palm Sunday fund raising concert on the evening of Sunday 14 April 2019, joining the NGC in celebration of Pat Bishop as their National Hero 2018-2019. The concert was inspired by the standing ovation given to the Desperadoes Steel Orchestra’s scintillating performance of the Offenbach Orpheus in the Underworld conducted by Jesus Acosta at the Big Five Concert last year.

The featured performer will be the Desperadoes Steel Orchestra, once again performing a varied programme to include the Offenbach as, under Pat Bishop’s baton, they thrilled Carnegie Hall audiences to a standing ovation at every appearance in 1986 and 1988. In addition, The Lydian Male Voice Choir, The Lydian Steel, Edward Cumberbatch and the Desperadoes Youth Orchestra will perform.