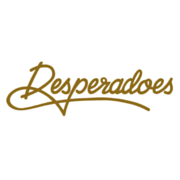 Steelpan aficionados, Desperadoes loyalists and general members of the public are being encouraged to contribute to a Haiti Relief Charity Drive that has been organised by the management of Desperadoes Steel Orchestra (with support from the Port-of-Spain City Corporation.) The event will take place on Sunday December 4, 2016 at the Band’s Frederick Street, Port-of-Spain base from 11 a.m. to 8 p.m.

As the reigning National Panorama Large Band Champions, the band has found the event to be an ideal opportunity for its members to express “an attitude of thanksgiving,” particularly ahead of the 2017 Panorama season. According to the Band’s Manager, Mr. Curtis Edwards, “it is also an attitude that our Executive wishes to nurture in the hearts and minds of the younger members in our junior and senior bands. Such a disposition goes a long way in sustaining peace and productivity in all communities and organisations.”

Among the items that are being sought are:

l  Clothing (inclusive of shoes, slippers, blankets and towels) as well as

Patrons can also expect to be treated to live performances by both the junior and senior bands.