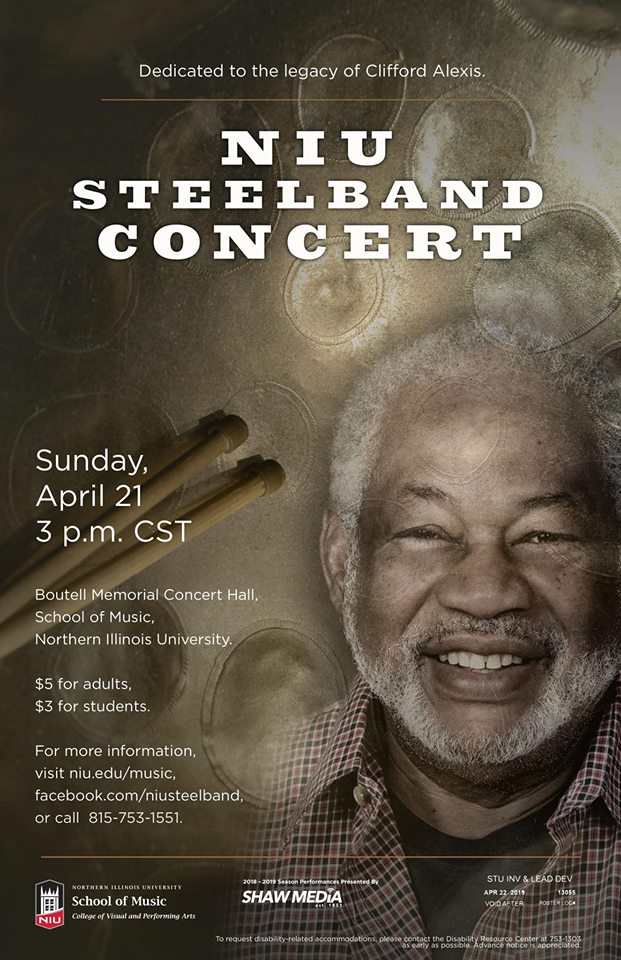 The event will be dedicated to the memory of Dr. Clifford Alexis, steelband legend, and the band’s former co-director, who recently passed away.

An eclectic program will be featured including some of Dr. Alexis’ celebrated musical gems, Tchaikovsky’s Marche Slave, as well as premieres of Algorhythm – a concerto for steelpan and percussion ensemble by Professor Robert Chappell, Mark Loquan’s Nostalgia featuring NIU’s steelband and jazz orchestra, and a gorgeous steelpan duo composed by Yuko Asada entitled Departure.