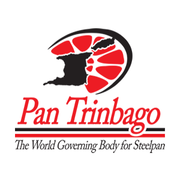 Triennial Election of Officers for the various Pan Trinbago Regional Executives is the main item on the agenda carded for Thursday November 29, 2018 at venues in the respective regions.

Deadline for nominations for the various positions and submission of candidate’s nomination form will be on Thursday November 15, 2018.

The election comes one month after the Election of Officers for the Central Executive.

Positions to be contested in each region are Chairman, Vice-Chairman, Secretary, Assistant Secretary, Treasurer, and two (2) Trustees.

Registration of delegates will commence one hour before the start of the proceedings.

The venues in the various regions on Thursday 29 November are as follows:

After the results have been announced, successful candidates will be installed.

As is the norm, only members of the General Body in good financial standing may be eligible for election to any office and that bands send two (2) selected representatives to participate in the election process.