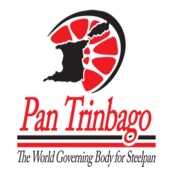 Pan Trinbago has announced the new date for the Emergency General Meeting which was postponed due to the ill-health and hospitalization of the President, Keith Diaz.

This meeting was originally carded for Saturday January 7, 2017 at the Grand Stand, Queen’s Park Savannah, Port of Spain.

The agenda will be the discussion on National Panorama 2017 and report to membership.

Two (2) authorized delegates will allowed to attend and participate at the meeting.

Bands therefore wishing to change their present delegates filed with Pan Trinbago Inc. T.C shall be required to do so by filling out the necessary documents indicating the band’s new delegates.

Members are asked to make every effort to attend this important meeting on Tuesday January 10th at which pertinent issues will be addressed and consensus arrived at on decisions taken.

The meeting is convened by Richard Forteau, Ag. President.