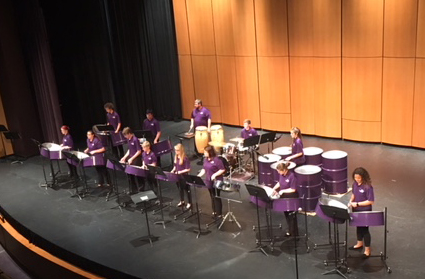 The University of Mount Union’s Raider Steel Band and Percussion Ensemble will perform at 7:30 p.m. Nov. 2 in Brush Performance Hall.

The performance is free and open to the public. Brush Performance Hall is in the Giese Center for the Performing Arts on the corner of Union Avenue and Simpson Street on Mount Union’s campus. For more information, call the office of Visual and Performing Arts at 330-823-2180.

RSVP for Raider Steel Band and Percussion Ensemble to perform to add comments!