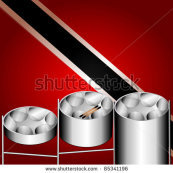 Participants are required to play two (2) selections ie any calypso (non-Panorama tune) and a non-calypso (Bomb). The former will be judged in front of the St. James Post Office, while the latter judging point is at the St. James Amphitheatre, Western Main Road.

Competition is open to both Single Pan and Conventional Bands in the Northern Region and runs from 6:00 pm to 12 midnight.

Coordinator and Pan Trinbago’s interim Vice-President, Keith Simpson,said:’ The idea to revive the competition was simple and an easy sell. We (Pan Trinbago)  wanted to bring steelbands “back in Carnival”, giving people the opportunity to jump with a steelband and return pan on the road.”

He added that there was a similar competition (las lap) hosted by the Northern Region many years ago at the Harvard Roundabout.

The musical form was not a new idea as pannists were known to “drop a bomb” on the road at Carnival and other music events prior to 1963.

All bands will receive an appearance fee in addition to cash prizes.

please confirm if this parade will be live stream, if it is please provide a good link, as you have provided me stream live through Tego TV TTT which advised by my many messages to you that I am having difficulty contacting them. Please refer to my report and main room messages.. Your reply is appreciated. I am very disappointed being unable to see many of the shows. Thanks for you understanding.