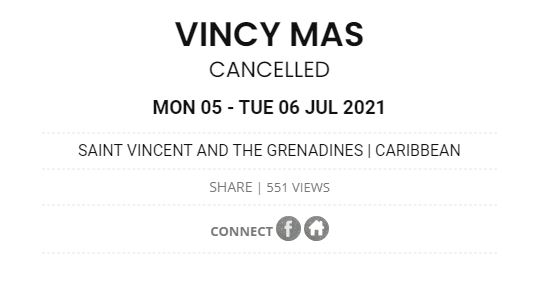 Minister of Tourism and Culture Carlos James has revealed that while considerations were being given to some variation of Vincy Mas to be held this year with both virtual and physical events, the April 9th explosive eruption of La Soufriere has derailed those plans.

He told Parliament that this coupled with the low inoculation of Vincentians (just under 10% of the population), has made it unlikely that there will be any celebrations during the traditional June to July period. He noted however that a later production of some variation is possible.