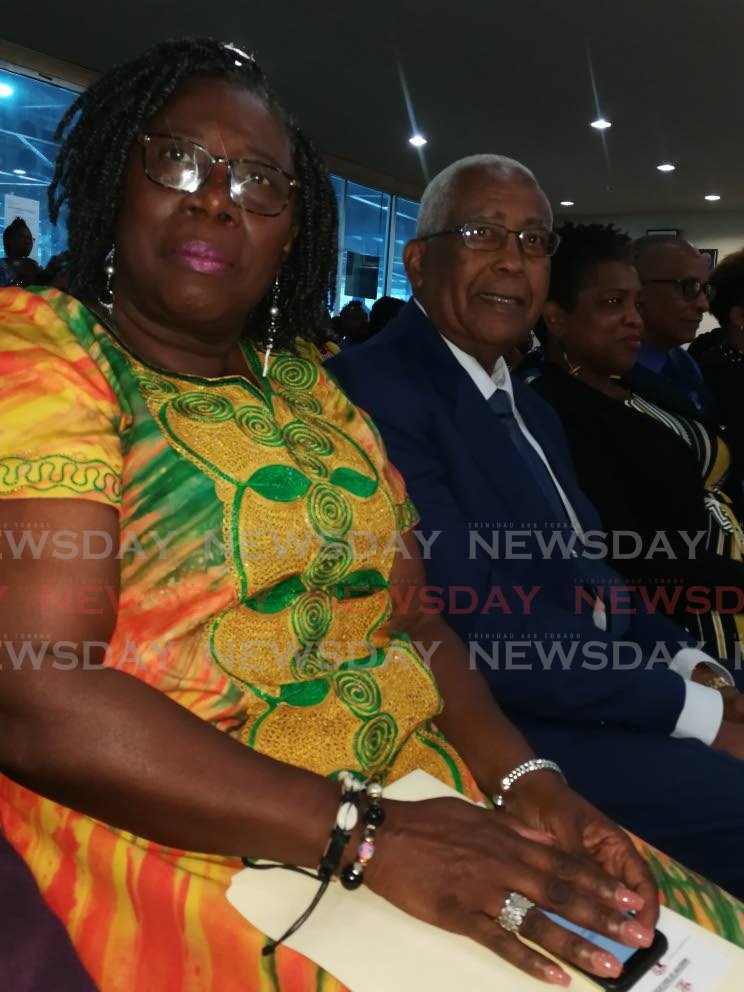 Pan Trinbago president Beverly Ramsey-Moore and Minister of Education, Anthony Garcia at the formal launch of Junior Panorama held at the VIP Lounge at the Queen's Park Savannah on Friday. - Joan Rampersad

Garcia said at the launch, pan is one of those ingredients that adds to the vibrancy of TT’s education system.

He noted last year’s high quality performances by the school bands to the point where he said, overseas stakeholders have been asking for copies of the performances so they can have them etched firmly in their memory.

Then, in response to an earlier suggestion by Pan Trinbago president, Beverly Ramsey-Moore that the history of pan be taught in schools, Garcia said: “That is exactly what we are doing. Some time last year, we commissioned a text Foundation Readings and the History of TT, and a very important chapter was about the growth and development of the steelpan, written by Nestor Sullivan. That book is in every school in TT.”