A Sad State of Affairs, Indeed. - The PROSPEROUS QUEEN OF PAN

For the past few weeks, the executive of Pan Trinbago, in what would have normally been Panorama season, have been reliving , via social media, highlights of a fund raising virtual concert that was staged for Christmas, featuring the usual friends and family of the current President Beverley Ramsey Moore. Jump ahead to January 2nd, in the year that she is due for reelection, Mrs. Ramsey Moore has switched to full politucal mode with her biggest play to date being the little adventure into the abandoned land and half -built headquarters at Trincity with panmen who believe in the dream of using the land for agriculture. Within there is also a clear attempt to woo the South Region of Pan Trinbago which offered a slate of candidates in the 2018 election. Very ambitious is the outreach to Akinola Sennon whose family and the Solaria Deltones are at the vanguard of farming.

But to what end, Akinola and others within the community should be asking?

Many are seeing this as pure politics, not of the mind they would like to lay eyes on, even so.

Ramsey Moore's anthem has been "Prosperity in Pan." But no one can translate what that really means, in a professional document that even if it produced tomorrow will be nothing short of a party manifesto that the pan movement with its cadre of international academia and artistic talent is deserving of.

What has Pan Trinbago been doing for the past nine months since carnival 2019?
Falling apart, first.

After the elected Public Relations Officer ( PRO) resigned barely a month after the election, there has been a shuffling of the executive for reasons unclear to the membership, except by old tales spreading around.

The Vice President Carlon Harewood and Assistant secretary Lauren Pierre had fallen short of the glory of Pan Trinbago life. They were both demoted. Pierre has managed her way back in favour while Harewood, the man responsible for handing up Ramsey Moore to the steelband movement remained sidelined. He is just not the Vice President.

And then came the treasurer Gerald Mendez, who along with Harewood literally built the staircase for the new president as they hand delivered the votes in the Northern and Eastern Regions for her to make it, along with the votes from the Tobago Region.

How is it that both Harewood and Mendez have been demoted? Mendez , with more than two decades of experience, claimed he did not know the Constitution of Pan Trinbago when he voted, along with the entire executive in favour of a matter proposed by President Ramsey Moore to be one of the mandatory signatories on cheques from the organisation. It is recorded in the minutes of the meeting that was held mere weeks after the election.

Even if it was meant to regulate the spending of money, it gave more power to the President. If she did not breach the Constitution, which was hastily written and passed, Mrs. Moore certainly used the first loophole she could see.

It may have also been the first step towards pushing aside the elected Treasurer on her winning slate that was created by Harewood. Under the cover of COVID the tension in the executive increased to the point of implosion when Harewood, Mendez and Dane Gulston, the External. Relatons Officer became the outsiders, in bacchanal. They would attend meetings and vote and keep it going because they, like everyone else, needed a salary.

A series of letters which placed the concerns of the Treasurer, on the record, about the President acting constitutionally, like Keith Diaz did, by making unilateral decisions, some of which needed to be endorsed by the executive, is there for the records, as well. Mendez was demoted without explanation either creating the impression that he , like Harewood, may have done something to deserve the treatment.

Was it divide and rule? Pan Trinbago did not need a Treasurer for anything but to sign cheques. Because the steelband body is in debt , the National Carnival Commission, NCC, has taken full control of the finances. Any money that Pan Trinbago has comes from the NCC as Ramsey Moore, from day one, declared that Pan Trinbago was bankrupt.

The NCC, also an arm of government, pays for the political loyalty of Pan Trinbago as well.
Each month, in excess of TT$500, 000 goes to Pan Trinbago, for the salaries of staff and executive members.

In this context there is Prosperity in Pan and Ramsey Moore is by far the most prosperous person in the steelband movement, in the sense that she is getting paid though she has not yet played a note.
For the first year in office at least, a salary slip that has been floating around, puts her monthly salary as $TT27,000...with a brand new SUV and housing at Victoria Keyes, the coveted government owned upscale housing in Diego Martin. Salaries all the way down the scale are the wow factor in this guava season.

Most importantly, however, there is NO accounting or financial report as yet, even though a promise of financial transparency was an easy ride into office for her.

The Medium Bands Final hosted in Tobago was reportedly part funded by the Tobago House of Assembly and it seems only the President may have an idea of who, what when where and why the money was spent.

As if that was not enough, an informal post mortem of the 2020 Panorama raised issues about the judging and the sudden emergence of two music students as champion arrangers, both from the Sister Isle. In an interview for Caribbean Beat Magazine Ramsey Moore promised consultation on the weak constitution of Pan Trinbago which needs to be revamped to create an all embracing organisation, rather than a body that operates like a PNM or UNC party group, always praising the leader to get a spot on the executive.

Consultation in the past few months has been limited to people who campaigned with the President in the last election and , as I said before, friends and family. Like a politician she has moved to quell unrest by offering all kinds of favours and promises of position as she seeks to create a new slate ahead of the 2021 elections, which could even be kayoed by COVID.

The three dissenters, on whose backs she knowingly climbed to a health paycheck, will be replaced, obviously. Maybe two others may not contest again due to age. And that leaves just a couple more including an unelected PRO and two young people who are her strongest cheerleaders.

As she co hosted a live-streamed fundraiser, Ramsey Moore declared herself the "Queen of Pan", a few weeks before during and interview with champion arranger Duvone Stewart, Mrs. Moore declared that she "feels like President Paula Mae Weekes" because everywhere she goes she is called Madame President. And that is what is more important to her. Maintaining the status quo, by any means necessary, gives her the right to a salary and perks even while pan is only kept alive by the efforts of individuals who produce shows, competitions without the need for Pan Trinbago's input.

Indeed the best steelbands in the country with a huge diaspora in North America and Europe, were not included on the recent fundraiser, like a straight case of spitting up in the air.

Now comes this competition!! From the date Ring O Rama by DCD Group was announced, Pan Trinbago assured that it had nothing to do with the effort and would speak to its plans for the season, eventually. 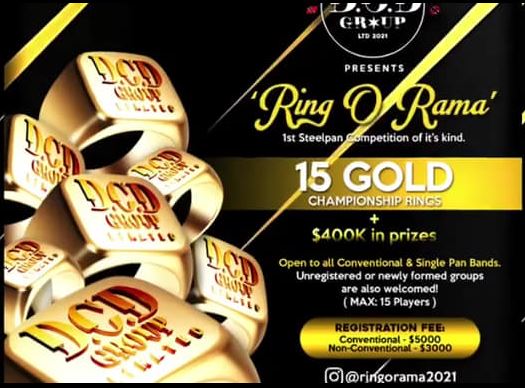 Clearly, prostituting at the condemned altar of the abandoned structure in Trincity is of greater priority. The organisers of this competition are offering $TT400,000 in prize money, which is about the monthly sum drawn down from the NCC for the upkeep of the executive.

Expect nothing sincere. Because an eight minute voice note which features three minutes of talk on an issue and five minutes of verbal abuse aka wajang behaviour, from one executive member to another was excused by the President on the grounds that the man offering up the cussing was offended by the beleaguered Treasurer Mendez referring him as naive. For the role he played in the expletive laden diatribe, defending a decision to start up a radio station for pan ( not a profitable idea) which has been widely shared, he has been crowned the "Prince." And that is the leadership style of Ramsey Moore who is basically a failed politician who has found a comfortable saddle to ride in Pan Trinbago. In the meantime, thankfully, there are forward thinking people who can override all that I have described above. This Competition will break the mould and the judging inertia and all the other problems that plague Panorama because of several executives at Pan Trinbago. And it's a powerful step forward.

... but how SHARMAIN could leave out the part where MADAME PRESIDENT lent $350,000 (THIRTY FIVE THOUSAND DOLLARS) to her PERSONAL FRIEND (The Current DO NOTHING pretending-to-be PRO) to pay his PERSONAL DEBTS? 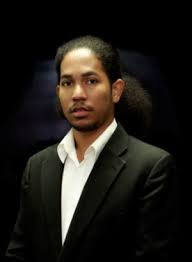 PAN MEN REAL STUPID YES -- when will they elect some PROGRESSIVE LEADERSHIP!!!