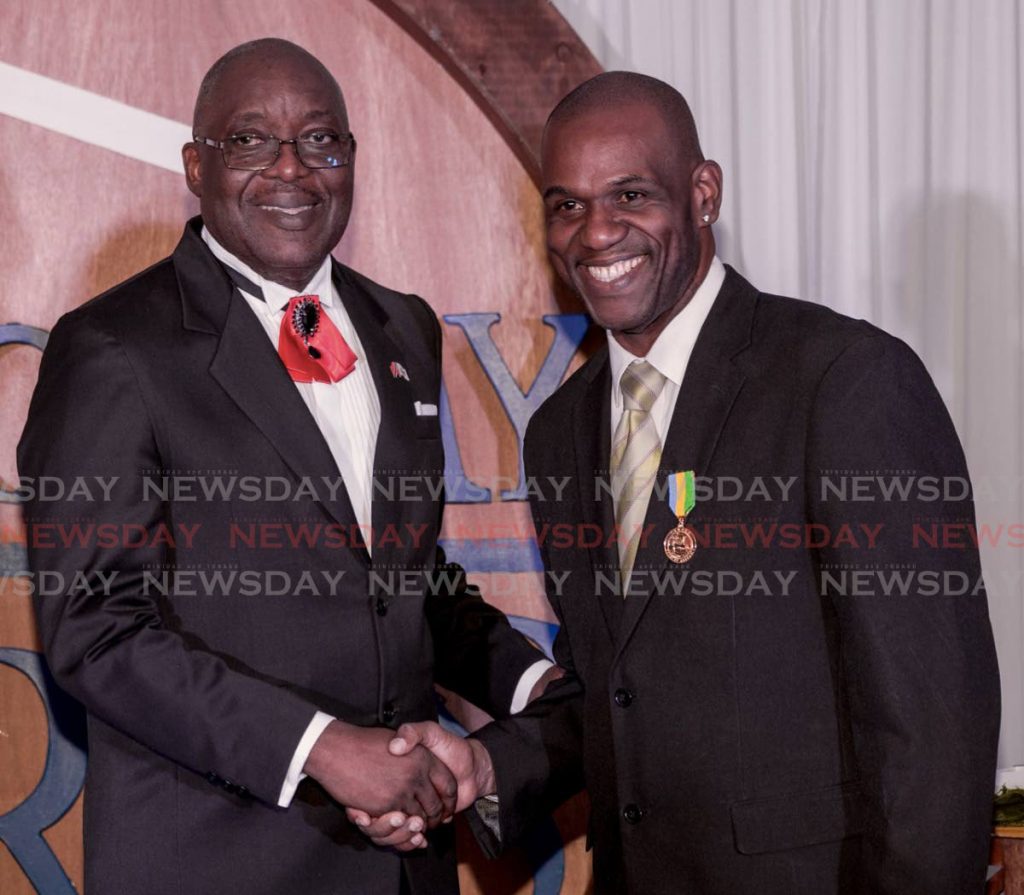 Today, his wish remains “to see this instrument in all the schools as a compulsory instrument for students to learn music.”

“Funny enough, I have been a student at the Scarborough RC School… no pan, Scarborough Junior Secondary School…no pan, Signal Hill Senior Comprehensive School…little pan, because the musical director at that time was Mr Frank Stanisclaus and he was also the arranger for Our Boys Steel Orchestra, and we had a little steelband."

He said pan needs to treated with the status it deserves.

"It is our national instrument, it is an instrument where we need to respect. The same way how we stand at attention in singing our national anthem with pride, it deserves the same respect too because it’s what the red, white and black represents,” he said adding, “We tend to be followers in what we want to do in music and in life in general, so I believe we need to take a stand in becoming a leader in setting that trend in having steelpan instrument in the school system, compulsory from primary right up to the tertiary-education level.”

Russell Providence: Yuh want to get me in MORE TROUBLE than I am already in by posting these kinds of articles.

Look at this passage (and by the way some of that passage was recently posted on THIS FORUM):

"Having unfortunately lost much of his heritage to the onslaught of the European, the Afro-Trinidadian's greatest aspiration is to play the European's Classics and be recognised for it. The greatest credits to pan comes from the Eurocentric and the American experience; and pan became acceptable to the upper class when steelbands began to play Beethoven."

Now I am not expressing any opinion on the above passage; but it is relevant in a way for me as a CALYPSO LOVER. This EUROPEAN CLASSICS tendency has INVADED PANORAMA MUSIC from THE JUDGES to THE ARRANGERS -- and as a CALYPSO LOVER and a TRINIDADIAN ... it breaks my heart to hear STEELBANDS europeanizing CALYPSO on CARNIVAL SATURDAY in the LAND OF STEELBAND and CALYPSO.

I am DYING to hear a LARGE BAND play a CALYPSO in TRINIDAD CALYPSO FASHION (NATIONAL PRIDE) on a PANORAMA STAGE on CARNIVAL SATURDAY NIGHT!!! But this new CHAMPION ARRANGER we have now taking THE CALYPSO ARRANGEMENT further and further into EUROPE and all the other arrangers FOLLOWING THE MAN.

Claude don't blame d arrangers,blame PAN TRINBAGO. We have been telling them 4 yrs 2 resist those who want 2 introduce all these classical components,eg dynamics,into d music.My contention is,we played a lot of classical music as our bomb tune & never included these things. Now we polluting our music by including them. Calypso is calyoso,Meringue is meringue,Samba is samba etc. We r d only people who r not satisfied with what we produce,so we have soca,ragga soca,chutney soca,all derivatives of calypso.Calypso + pop,calypso + soul,calypso + East indian rhythm,we must add something 4 it 2 remain palatable. But yr after yr d same pop & country music coming out of north america unchanged & we lapping it up

This is d very reason I was told that Ellie Mannette left Trinidad. He approached the then Gov't 2 have pan in schools & was turned down, but with d same type of offer from  the U S ,he left. Everyone knows d rest of d story. 2 c we still debating this after 52 yrs,Ellie dead, it's a sad commentary on us as a people.Steelpan & steelpan music all over d world,yet we, where d instrument was birthed still arguing whether it should b in our schools,let alone b compulsory in our schools.