Air of victory in Renegades’ panyard 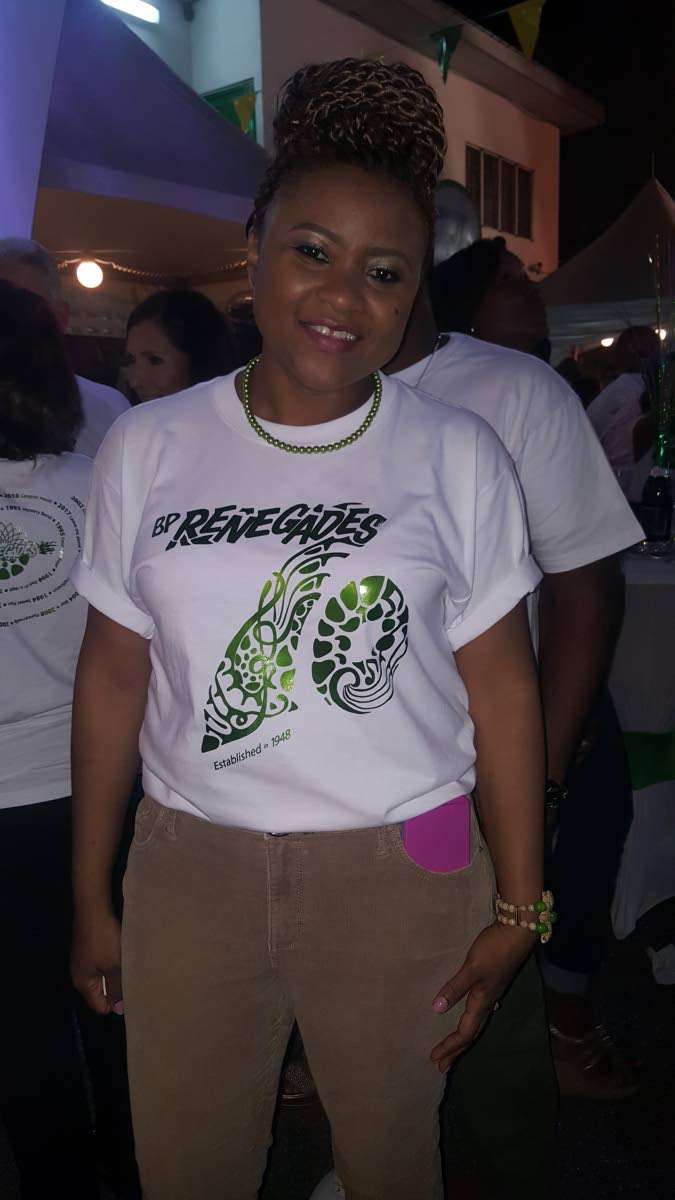 THERE was an air of anticipated victory at the Renegades panyard last Thursday night during BPTT’s annual Panyard Lime. 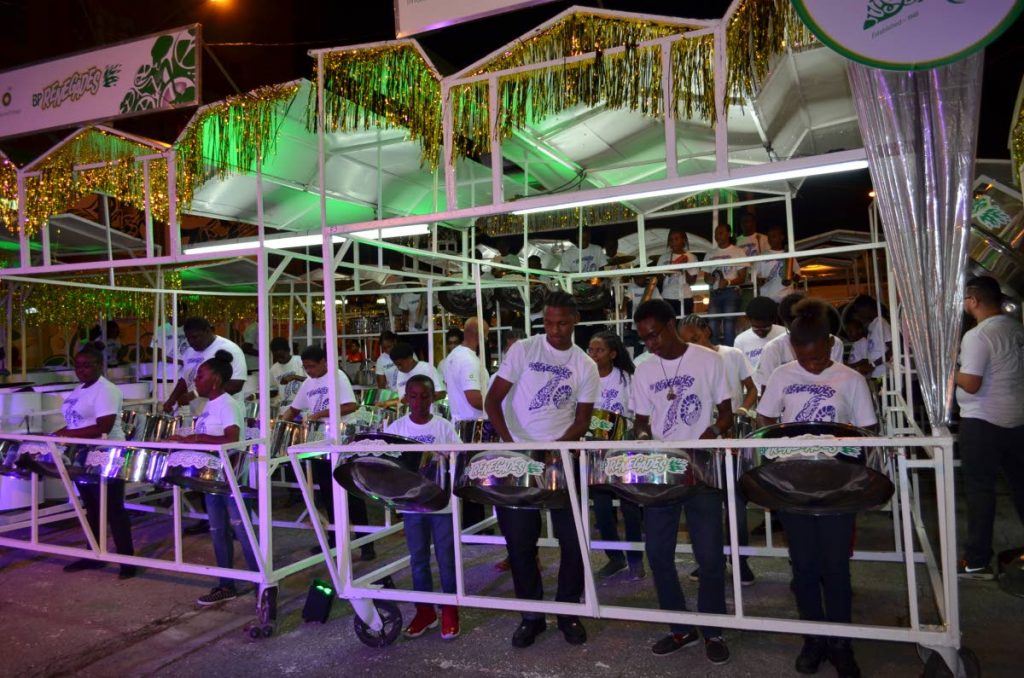 Several times during the course of the night announcer Wendell Etienne, arranger Duvone Stewart and reigning Soca Monarch Voice (Aaron St Louis) alluded to an impending BP Renegades’ victory at the National Steelband Panorama competition in 2018. And each time they did, guests roared with approval. The band is playing Voice’s Year For Love. 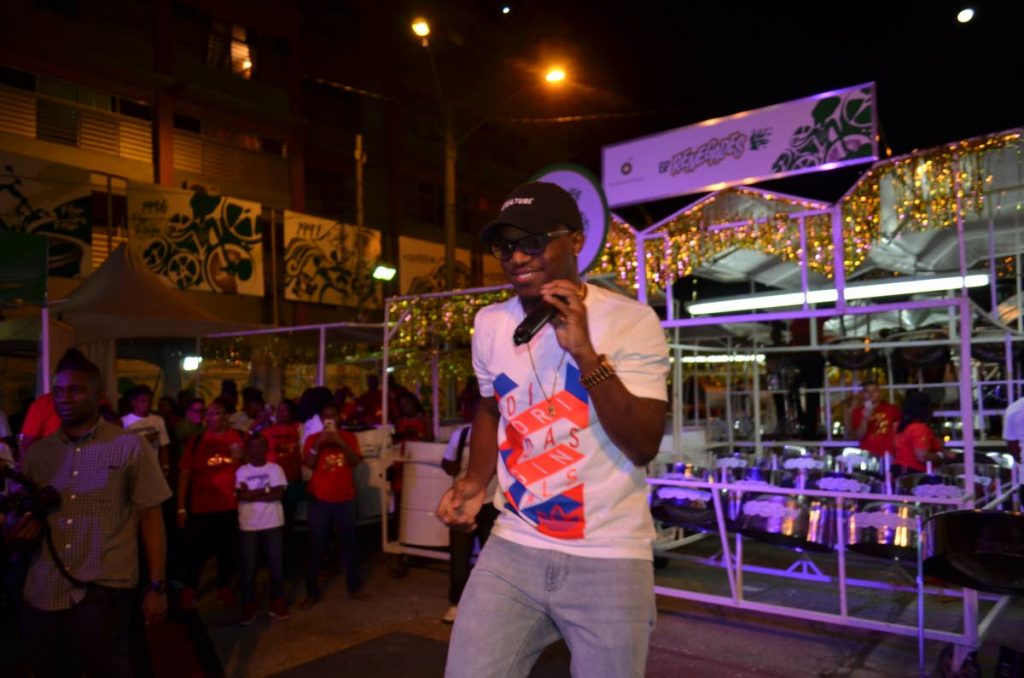 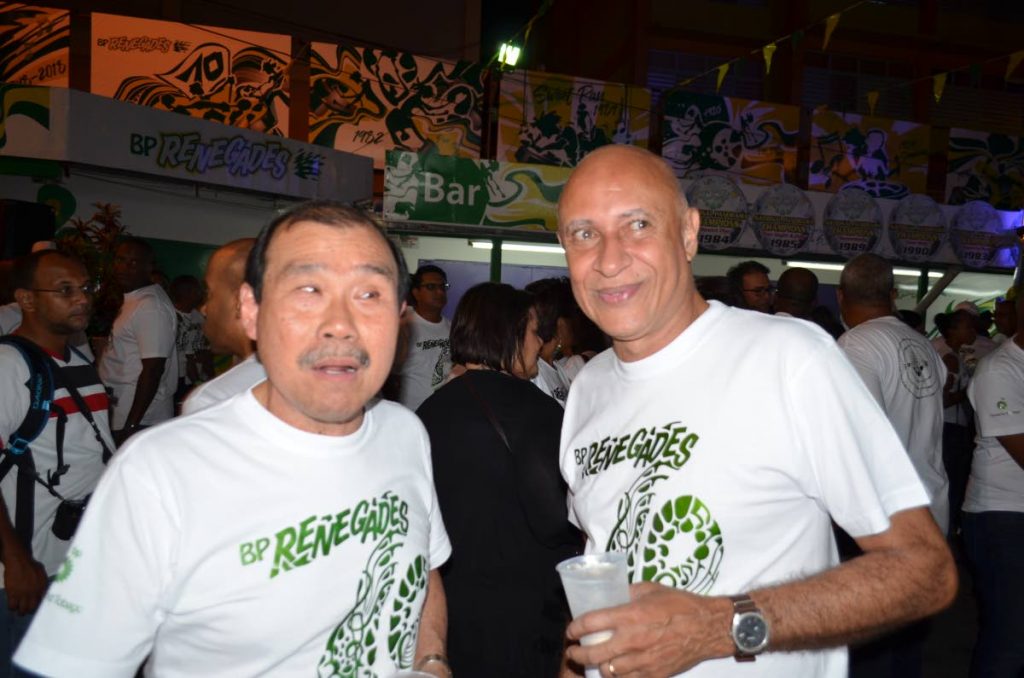 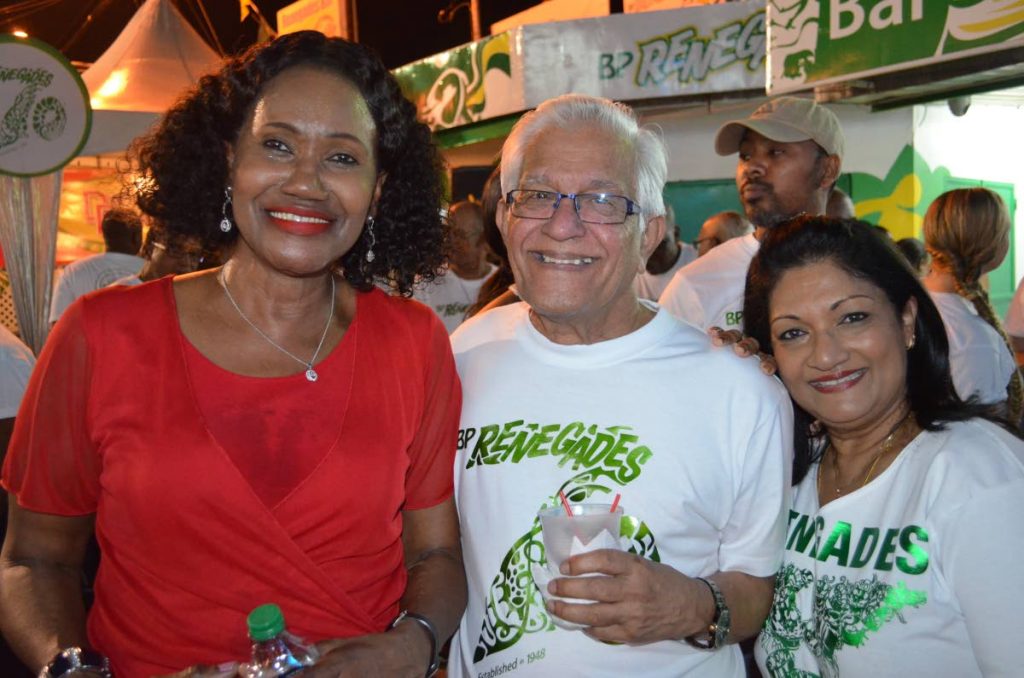 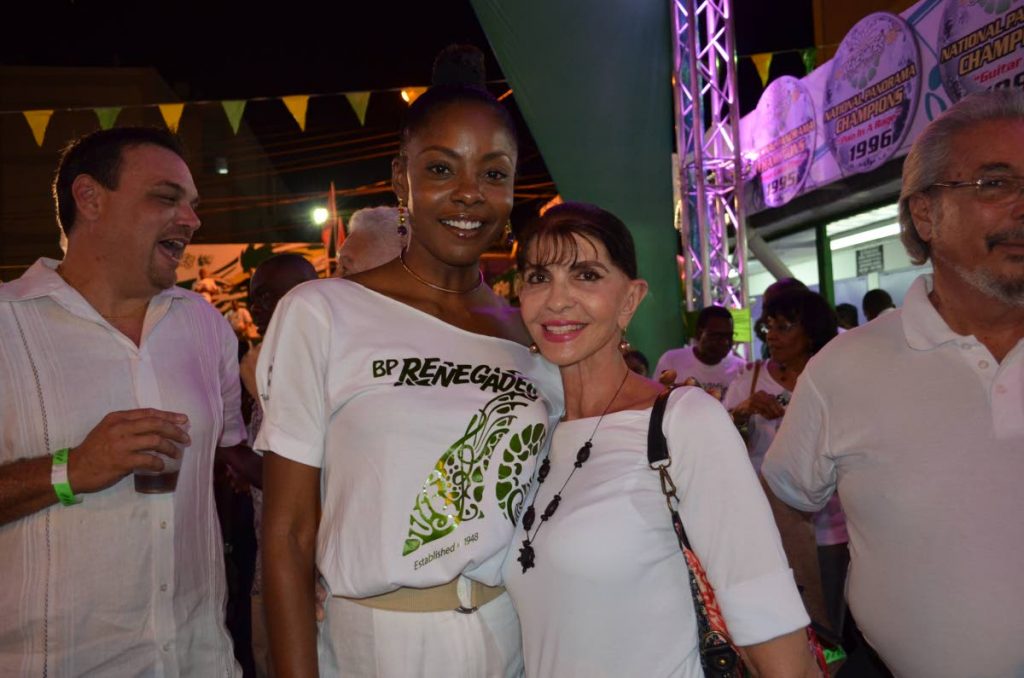 Guests feasted on local delicacies while being entertained first by the Renegades Youth Steel Orchestra, which played its 2018 song of choice, Sokah.

Glenford Peters from Toronto's New Dimension steel band picked Renegades to win it all during the Prelims.

First thing on PANORAMA MORNING they done CROWN RENEGADES Panorama Champs already. And all the HIGH MAKA MAKA done show up in the PAN YARD to pre-celebrate the VICTORY and get the NEWSPAPERS to make a BIG SPLASH. That is what I was faulting SKIFFLE for. I expected to see more profiles of the THREE YANKEE ARRANGERS and more media coverage in general.

Ah hope the judges and dem doh read this story this morning; it sure to influence their "POINTING".

The Fat Lady did not sing as yet.

Cecil: Do you think that a KNOWLEDGEABLE and informed and career culture reporter like JOAN RAMPERSAD going out on a limb just so at the last minute?

In POKER it is called "A TELL" ... and dem pictures done TELL ME that all dem HIGH MAKA MAKA done see the ROYAL FLUSH that Renegades holding. Ah better call SKIFFLE and tell them save the transportation fee and doh bother to come to town tonight because THE FAT LADY DONE SING.

Reporters "roll the dice" all the time, this is what JR did here. The panorama is in Renegades hands to loose. Lets hope all the hype don't go to their head.

Mercer: If yuh name is not DOLLY or WENDY or OMA or ROSEMUND or JENNIFER or BASDEO or VOICE or RICHARD or JOEL or DUVONE -- YUH CYAR get INVITED to that PARTY.

cecil looks like Desper win   you see their d

I think that NEWSDAY realized that the story was pan-politically incorrect so the pulled the story!!!

I think Newsday read your comments about influences the judges and became concerned about how this will look the day after Panorama.

bugs: Yuh trying to mamaguy ah big old man or what? Not even my two little dogs doh listen to me. And how long I asking KEITH DIAZ (THE GANGSTA) to step down and let some people with some GOOD ADMINISTRATIVE SKILLS take over PAN TRINBAGO and run the thing like the GLOBAL BUSINESS (not THE CIP, eh) it could be and KEITH DIAZ eh listen to ONE WORD I have to say!!!