Anthony Bourdain takes on Trinidad in the latest episode of "Parts Unknown"! 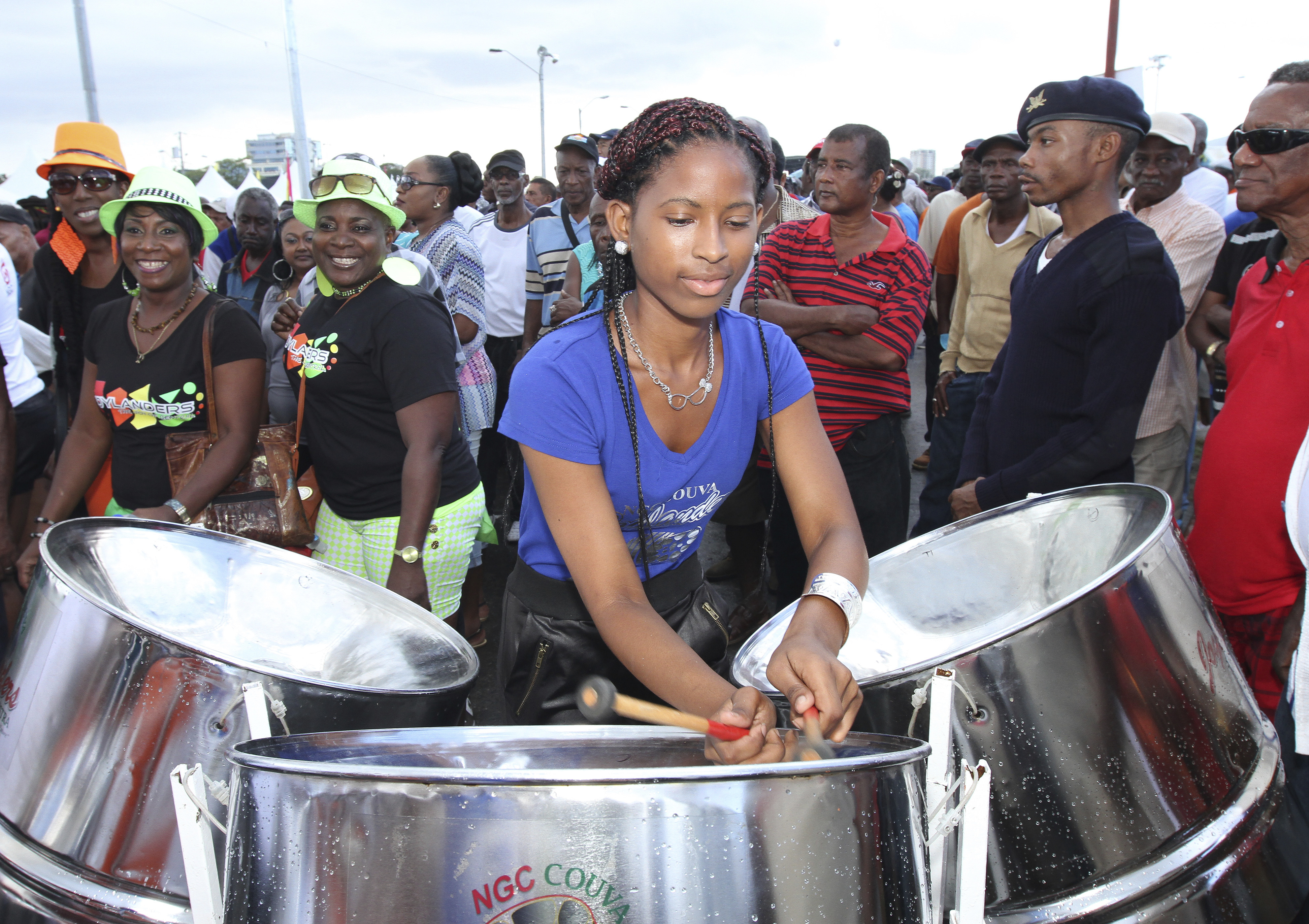 Sabg  Aboud apologizes for his boastful attitude, a bit of damage control.

What exactly is the apology suppose to accomplish? Is there anything he said that was not true?

It wasn't so much what  he said, but what he didn't.

The Syrian community is implicated in drug-dealing. Not me that say so, but some within or related to the community itself, e.g. Daurius Figueira cited above, and David Nakhid who wrote a column in a local daily adverting to that. I forget the details of the latter, it might not have been outright admission (or accusation), but the implication was there. Daurius was overt. But he implicated all the other minority ethnic communities as well, -- including old Chinese, new Chinese, French Creole, East Indian, with the Negro conspicuously absent from the list of "big fish", -- plus mid-level but key functionaries in the security services -- police, customs, etc. In the latter, the Negro begins to appear, plus of course the street-level dealers. Some steelbands also were reputed to have been infiltrated with this scourge back in the days of the Panday administration, when Government Ministers were involved. I can't testify to any of this from any personal knowledge, you understand. But that is my understanding.

Therefore, when Aboud-Sabga speaks of "influence", and being the "most powerful", this is what jumps immediately to mind, and stirs anger and resentment. This "influence" comes at a very high, and bloody, price. At the same time, the Syrian fellow points the finger at "gang violence" etc. So the hypocrisy, while understandable for obvious reasons, is staggering. All of that is necessarily unspoken.

Calling a spade a spade...

May  the Most High put a hand in this place, for we surely need it. May He expose the wicked, and protect the innocent. And may He grant us peace in the land, but based on Justice and Righteousness.

Bugs, ain't nothing but he set-up he self for people to take shots at his family for things that go on in T&T.

The politics is very simple. THE SYRIANS offer FINANCIAL SUPPORT to the PNM and help them stay in power. The last things the SYRIANS want is for the INDIANS to have POLITICAL POWER on top of their ECONOMIC POWER.

In return the the PNM pays them back in a BILLION WAYS.

But what I got out of the exchange is that the SYRIANS are starting to get worried because they could sense that the poverty in TRINIDAD has reached a breaking point and LOOTING, SHOOTING, RACIAL MURDERING is right around the corner. And they may well have to end up leaving the country. Because LAW and ORDER in T&T is on the edge of the precipice.

And allyuh worried about THE NEXT PANORAMA!!!

Mi Amigo, I had reiterate this time and time again on this forum that, T&T is under a Political and Financial Siege, since "Panday and Manning" was in office, the "Natives had become Angry and Restless", and that a "Revolution is Eminent", so here it comes, many will perish/suffer...

Members of the Syrian/Lebanese community yesterday felt reassured that the country would progress under the leadership of Prime Minister Patrick Manning, after their concerns were addressed in a private cottage meeting.

“I think a lot of the members left the meeting satisfied. And I am sure whenever the Prime Minister has his cottage meetings members of the community whom he visits are left satisfied,” Senate Vice President George Hadeed said. “It was an excellent meeting,” he added.

Asked if the Syrian/Lebanese community felt prejudiced by reports that it was a meeting of mafia leaders, Hadeed replied, “If it is the media had reported that the Prime Minister met with the Syrian mafia, well obviously the community has the right to feel that way.” Attorney Faris Al-Rawi, son of former PNM Member of Parliament Diane Seukeran, told reporters afterwards that he was also pleased with the meeting.

“Very productive, very fruitful. A sharing of perspectives as has happened in any walkabout,” he said.

Al-Rawi said “construction, crime, finance sector, the banking sector” were among the issues which were discussed.

He noted that the speakers and members stayed away from the controversial Udecott probe.

“They throw their support behind Trinidad and Tobago first,” Al-Rawi said, adding the business community has always been willing to work and support the leader of the country whoever it might be. “It’s not unusual. There have been meetings with every other leader. There is no subterfuge, there is no conspiracy behind it to form an organisation,” he said.

Sources said the meeting was requested by Manning and members of the community took the opportunity to express their grave concerns at the restlessness and dissatisfaction which could lead to an upheaval.

Sources who attended the meeting and spoke to Newsday, requested anonymity. According to one source, the businessmen expressed the view that the situation today is ripe for a repeat of the events of 1970 and 1990 when the Syrian/Lebanese business community, among others, lost millions of dollars in the Black Power riots and the Muslimeen attempted coup, both of which destroyed shops, stores, groceries and commercial buildings in Port-of-Spain.

So , I been getting calls from Trini relatives very upset about the way the country was portrayed in the show , even though some of the points raised were similar to discussions we always have about crime , poverty etc.in T&T

Personally I found the show to be far less offensive than my family did , even though I didn't agree with everything expressed.

It was the viewpoint from what is essentially a food show  based on the opinions of the show's producers , writers etc., obviously with local input.

My main point to my relatives , however was that Trinis seem to think that story tellers , writers etc. would come in from abroad and only produce "puff" pieces about how glorious the Carnival is , how beautiful the island is , and how "Trinidad nice".

It is foolhardy to wait for others to do it for them.

Glenroy: As long as I have been on the forum -- this is the first time and you and I ever agree on ANYTHING!!! (And I mean your entire post, not just the line I am highlighting.)

For years now I have been wanting to make the statement you just made above on this forum but I was sure that somebody would come and counter with "ONE EXAMPLE" so I left it alone.

Claude...when the patriarch Anthony Sabga died a few months ago, the Guardian printed an entire release in his honour...I ent hear nobody complain then...Everybody buy they Guardian as usual....read it....and went about day daily business...

merrytonestothebone: When Ronald Reagan was debating Jimmy Carter he got plenty mileage out of the the expression: THERE YOU GO AGAIN!!!

So: There you go again keeping it TOO REAL.

I say is time for BLACK PEOPLE in Trinidad to start renting some boats and planes warehouses and start bringing in dey own drugs instead of standing outside the Syrian Businesses with nose pressed up against the window pane waiting to run off with some little gossip.

Just now some MEXICAN POLITICIAN in California or New Mexico or Nevada will say just about the same thing. Only it will be like: We are 40% of the population but we control 90% of AMERICA.

...and yuh know Glenroy...of all the Bourdain show I have seen over the years, this one to me, focussed more on the country (and politics) than on food...without wanting to be drawn to deeply into the conversation, to me it's much ado about nothing though...