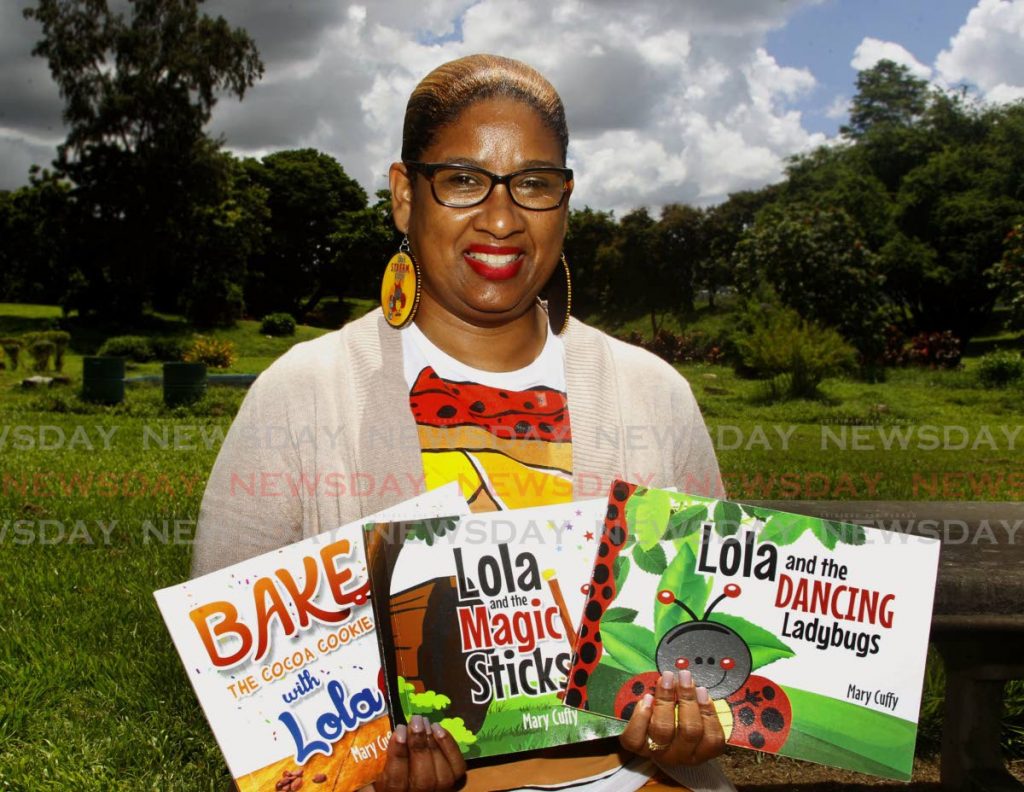 Mary Cuff has written three children's books based on the loveable character, Lola the ladybug. - Photo by Roger Jacob

Reminiscent of Sesame Street, the books use fun and music to help children learn. The first book helps with learning to count, the second with playing the steelpan and the alphabet, and the third with baking... 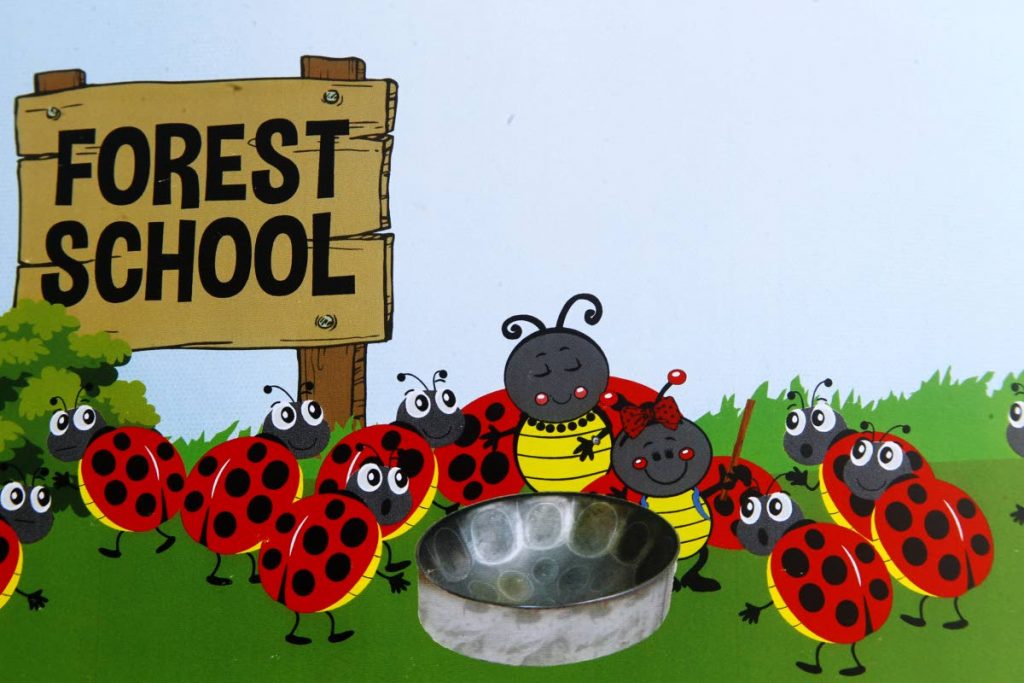 Lola and her friends learn about the steelpan at the Forest School. -

Now that she had a name and a story, it was time to conceptualise Lola. She started looking at graphics of ladybugs online but they did not suit the character.

Fortunately, a friend met graphic artist, Liselle Benjamin, at an artisan market and showed Cuffy her artwork. Cuffy contacted the artist and she developed Lola, chose the fonts, colours, and illustrated the book...

Therefore, in July 2019, Lola and the Magic Sticks was published.

She explained that the then minister of education was considering doing a pan in school programme in pre-schools. So, she thought it was a good time to write about Lola learning about the steelpan – its history, how to tune it, and how to play. By the end of the book, a child could play the alphabet song after reading it.

Since then, government early childhood centres have been outfitted with steelpans and, before the pandemic, was getting support from the ministry to teach the classes.

“It can help with children’s fine motor development. They have to learn to hold a stick, they learn the alphabet, they learn about music and they get to try out rhythms on a steelpan or a steelpan app.”