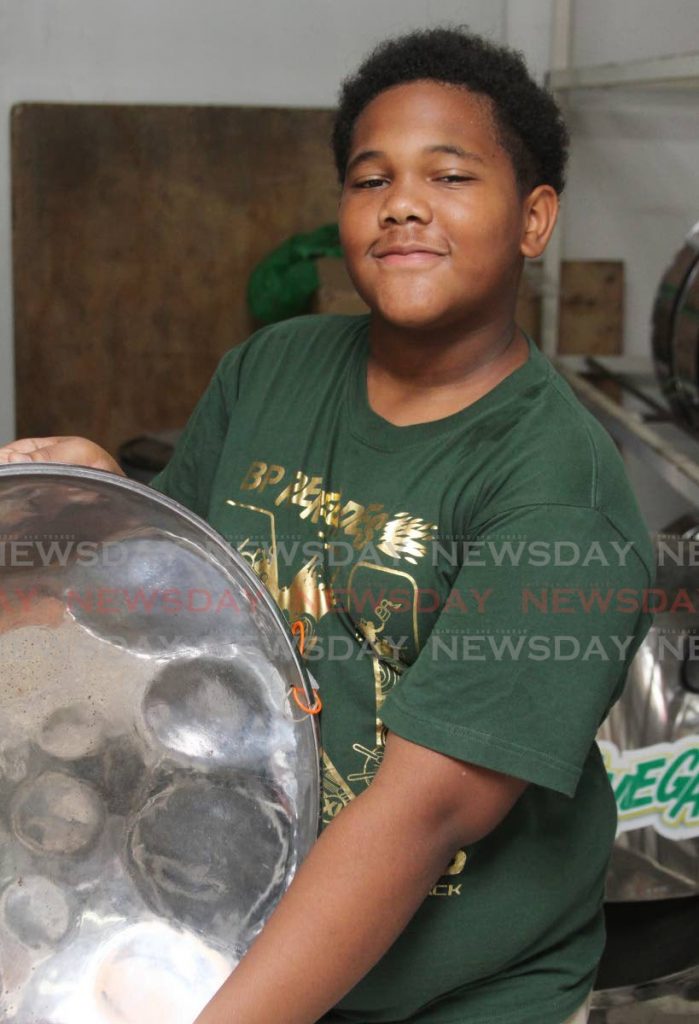 PLAYING the steelpan connects Cailen Gill to his family's musical history and their contribution to pan music.

Cailen is the grandson of Merline Gill, who has arranged in 40 Panorama competitions and started Gills Pan Limited, a company that exports steelpans. Merline also founded the Curepe Scherzando Steel Orchestra and the Sforzata Steel Orchestra.

Cailen's love for the pan started even before he knew of his family history with the national instrument. At age four, during a music class at St Xavier's Private School, his tutor Merle Albino-de Coteau noticed his handwork on the pan and advised his parents to invest in his musical talents.

He is now 13 and a student of St Mary's College, Port of Spain and the youngest member of the senior BP Renegades band. His pan music has been featured in the 2019 VS Naipaul documentary that was aired on BBC network last November, in several international documentaries on the steelpan and in National Geographic's Travellers magazine. Cailen shared his steelpan journey with Newsday Kids.

His parents Mazzini Gill and Cindy Gill said his gravitation to the pan was not forced but came naturally.

"Music was one of the best opportunities we could have supported him in and allow him to do as it balances both his academic, creative and recreational life.

"I will encourage other parents to support and tap into your child’s interest and challenge the energy in a creative way."