Revisited -- Condolences to the family of the great Fitzroy Coleman

When Steel Talks extends condolences to the family and friends of the legendary guitarist Fitzroy Coleman. He was simply one of the greats. Considered by many to be Trinidad's greatest guitarist. 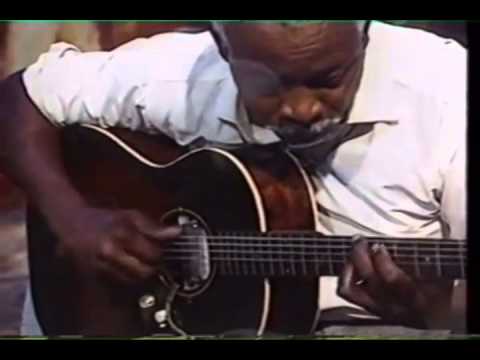 Coleman was voted one of the top 100 jazz guitarists in the world in 2007.

Coleman continued to amaze audiences until his retirement from the British scene in 1975.

In England, he accompanied artistes such as Eartha Kitt, Tony Bennett, Kitchener and Sparrow.

In 1991 he received the Humming Bird Medal Gold for Culture and was immortalised in song by David Rudder in his 1987 hit, Calypso Music, where he sang: "Fitzroy Coleman fingers dancing on the fret…. And when they think he done, he ent start nothing yet.."

On hearing of his passing, Rudder said: "We wasted his brilliance. We only entered his library now and then. What a people...."

He continued by saying: "For people like him, let's hope that there really is an afterlife so that his fingers can dance across the fretboard again."

Jazz musician and composer Andy Narell said: "Another of the great ones has left us. Fitzroy Coleman, who could play jazz guitar as well as anybody, put his stamp on so many great calypso recordings."

dancing on the fret

(dancing on the fret)

And when you think that

He ain't start nothing yet

(aint start nothing yet)

This GEM is without a doubt one of the BEST ever Calypsos . Music , Lyrics , Diction , History , Poetry , Rhyme and so many more qualities could be added . Thank you Sir

Mr. Fitzroy Coleman was one of my Greatest Guitar Heroes of all time and I cant believe that He is gone ! I was hoping to see him one more time and coaxe him to show me a few more of his tricks. Once I gave him a hollow body Les Paul guitar and He put his hands up in the air and said " My God Today I'm in Heaven " then He took it and did show me a few of his favorite chord progressions. He used to tell me "Jeff You're the only one Boy the rest of them does laugh at me and say how I can't play." And I would say to Him "Mr Coleman You are a College Professor those guys are in kindergarden don't bother with them." That would bring a smile and some more secrets. It's amazing that Mr. Coleman is gone the same week that My Buddy George Victory and another Great Guitarist from Antigua Mr Roland Prince died this is definetly a great loss to Caribbean Music. It's time for the rest of us to Wake Up!

My Condolences to the Family of the Great Master I guess Kitch. will finally have someone who could keep up with Him in HEAVEN!