Aquil: That is the PERFECT VEHICLE for this project!!! No copyright issues!!!

Did you ever get the clippings?

And do you have a picture of Mr. Stokley Taylor?

And you lead the questioning in the PERFECT DIRECTION to extract the story!!!

And Merchant tell the whole world that:

Aquil...Here is my lil two-cents:

Back in 1980 I was part of a 15-man group that left Trinidad to tour Sweden for 6 weeks. The tour was organised by Krista and Anna Malm, a still to this date pan crazy couple. The tour was held under the auspices of the Swedish Rikskonserter - something like their Ministry of Culture. Anna was once attached to UWI as a researcher of some sort, while her husband was involved with the Rikskonserter.

It was in Sweden that I met pan virtuoso Rudy Smith and Trevor Kidd who Stokley mentioned in the interview. Stokley was probably present at our concerts, but his name doesn’t ring a bell. The tour served to introduce the Swedish public to “Karneval”. Under the name “Merry Makers” and captained by  “Sack” Mayers (dec), we visited several towns and cities throughout the country. Sack who was at one time captain of the original Music Makers from “Corbeaux Town”, P.O.S. Rudy Smith who had been living in Europe since 1964 performed with us as well. Trevor Kidd was our M.C. and interpreter. 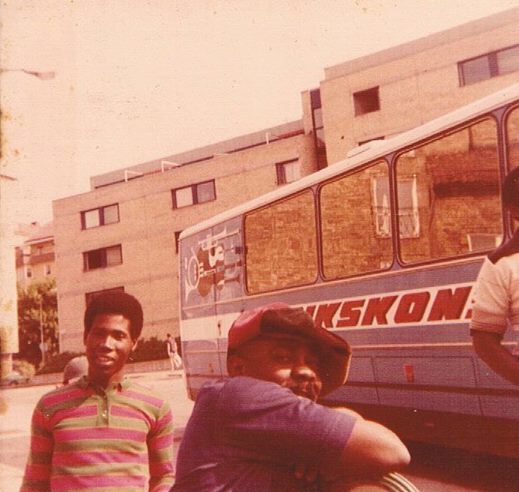 Hanging out with David Chow Quan Merry Makers at a public space 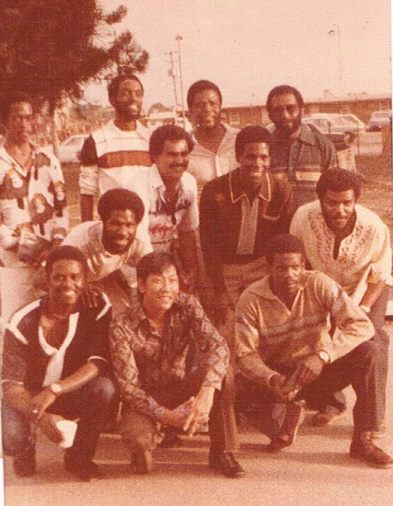 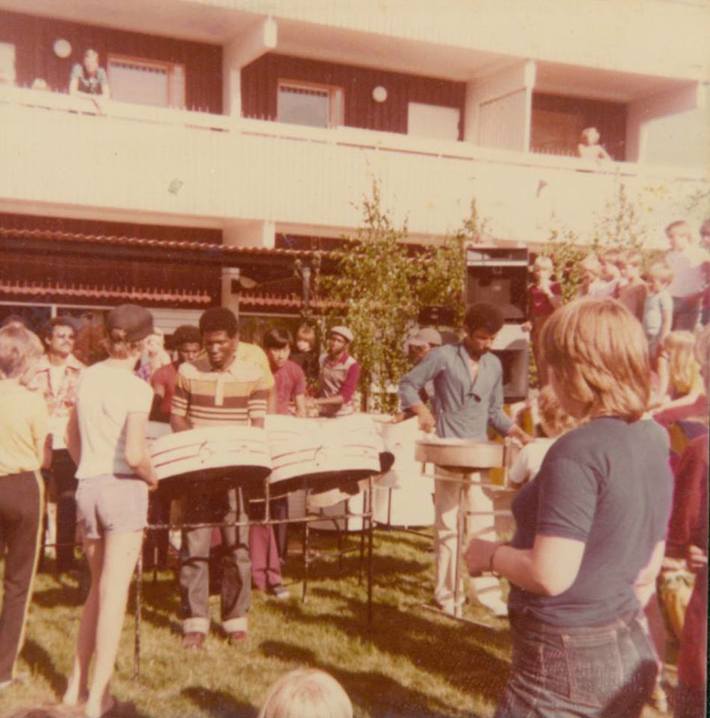 It is amazing how you stepped in and corroborated that EXPAT PIONEER STORY complete with PICTURES. Like you and AQUIL PLAN THAT OR WHAT?

I had NO IDEA that you was A BIG PAN SUPERSTAR and I here on THIS FORUM disrespecting you HALF THE TIME.

Anyway, if yuh accept meh apology -- then I have to ask you for your permission to use some of those pictures in BUGS book.. Because YOUR EXPERIENCE and that Stokley Taylor story fit like HAND and GLOVE.

But ah LOVE THE POSTINGS and the PICTURES and THE STORY!!!

Yuh made my WEEK with that story; all I need now is for the WARRIORS to finish off the CLIPPERS so that Earl Richards and bugs cannot laugh at me -- and I will be a HAPPY MAN!!!

I not taking you on one bit...You feel when I talk, like I born yesterday...I forgot to mention too that Sweden was where I met British impresario Sonny Blacks too...Also Bob Marley was scheduled to perform in Stockholm a month after we left...(No ah didn't meet him..Ah jest put een dat to sound important)...

So yes you have permission to use the pictures... Afterall, yuh boy was an expat for six weeks...

Claude, I will just take a cool mil when that book start tell sell like hot bread.