I will soon publish every single government plan for the Creative Sector to be found in the 5 relevant Budget documents. This is not that. This is about next steps in reaction to what was found in those Budget docs.

We have been abandoned. There is only us. We have to pick up this Sector and carry it on our backs and carry it to the place of Glory and Prosperity that we know it deserves. When the entire Film Sector is given TT$3 million (US $191,60) to run an entire industry you know you have been disrespected & abandoned.

There is nothing in the Budget that can save this Sector. Nothing. WE have to get the Sector moving. Only we can save ourselves. We have to get people paid and employed and in work that will pay them royalties or value-added long after their exertions. We have to create the conditions for this to happen.

Another 10,000 are seasonal and part-time artists who depend on the Arts and Festivals for part of their income during the year. The Artists Registry registered only 27 artists last year!!!! We are on our own. We can depend on no one.

Our industry is the 2nd largest on planet Earth earning $2 trillion annually. Online it is what has kept the world sane during COVID. The Creative industries are larger than Oil and Gas and Manufacturing. Government has refused to understand this value and refused to enable and empower the Sector. We have to do this work now for ourselves. Here is the plan for the way forward:

STAGE 2- THE NEXT TARGET IS ‘SUMMER’ JULY 2021 & THE CREATION OF A GENERATION OF NEW PREMIUM CONTENT FOR INTERNATIONAL MUSIC, TV, FILM, & GAMING ONLINE PLATFORMS. THE MODEL IS SOUTH KOREA.

WE ARE CALLING THIS THE JULY GENERATION:

With a combination of government protectionist and enabling measures, private investment, and Asian entertainment industry low budget knowhow Korea began scientifically creating Content that was compelling to the world but based on real South Korean energy. They cleverly used free online media to position the Content. The rise and global positioning of Burna Boy and Afro-Beats is another model for us to observe. We will have to build our model with minimum government assistance. Our advantage is we are advanced in Content creation and market savvy)

GOVERNMENT HAS SHOWN THAT THEY ARE NOT INTERESTED IN UNDERSTANDING THE SOPHISTICATION AND FULFILLING THE POTENTIAL OF THIS SECTOR. SO WE WILL HAVE TO DO THE HEAVY LIFTING OURSELVES- HOWEVER HERE ARE STILL CERTAIN ENGAGEMENTS WITH GOVERNMENT WE ARE STILL WILLING TO PARTNER WITH:

These are bureaucratic exercises some of which government has shown an inclination to support or do. We have to insist on their Relevance, international Best Practice, and Integrity-

There is no mention of the National Arts Council in the Budget. It may be hidden in the PSIP spend but we need to keep attention there to insure that it is built with integrity.

THESE ARE IN THE BUDGET SO WE SHOULD MAXIMISE THEM:

THESE ARE ON US:

These are projects that can get swathes of the Sector moving and employed. We will apply for government grants for them but they will be mostly Private-sector funded. We will work with stakeholders who want to get them moving. They are created to get maximum participation in a COVID socially distanced time and where EVERYONE is paid and excellence is rewarded.

These 2 competitions can have prelims starting before year end and have finals by Easter 202 They can be major TV or online events with major sponsors and viewership.

ROI: This will employ over 250 theatre practitioners in a downtime and stimulate theatre and the curriculum across the nation. It will also make excellent national TV/online entertainment

ROI: $100 million There will be break-out performers from this bunch, content will be licensed, talent will be signed… T&T can also create its own monetisable streaming platform

ROI: $100 million There will be break-out performers from this bunch, content will be licensed, talent will be signed… T&T can also create its own monetisable streaming platform. The examples of Westwood Park (TV) and Sally’s Way (film) show how money can be made

ROI: $100 million There will be break-out performers from this bunch, content will be licensed, talent will be signed… T&T can also create its own monetisable streaming platform. There is a long paper trail of the $millions earned and foreign markets gained off properly curated T&T music content when pursued like how expert stakeholders suggest

LOCAL ANIMATION AND GAMING PRODUCTS FOR THE JULY GENERATION: The idea is to create an anthologised animation series like a Caribbean version of Netflix’s immensely popular Love, Death, and Robots. The target for this is July 202 Accompanying this is the first generation of T&T Gaming content for multiple platforms.

ROI: $25 million. The idea is to get this product licensed to a streaming service and use it as a calling card to our industry and tertiary and industrial destination

The country needs to establish 2 Creative/Tech Hubs/Clusters. Creative Hubs have been the tried and true methods for urban metropolitan regeneration and industrial innovation in New Economies. The European Union (EU) Creative Hub has contributed billions to its GDP.

There is nothing much said on East Port of Spain in the Budget leaving much of that plan and the nation’s anti-crime thrust to the findings and suggestions of the Community Recovery Committee that was set up. We should concentrate some of our thinking into that Committee and ensure that the Arts are a central part of the plans that are created for the rehabilitation of community and the creation of the new Culture of Life.

Two of the main projects are:

ROI: This project has been incubating for over 30 years. It represents the hopes and dreams of the progressive part of the community. It will employ hundreds in construction and hundreds thereafter, but moreover it will create massive alternatives in training, counseling, and business opportunities for a beleaguered but immensely creative community

There is some scope for these types of projects in some of the projects announced in the Budget, however battle may have to be done as regards process and aesthetics. We should ally with the communities and local government who may be more amenable.

ROI: These are income earning projects for communities. They are for internal and international tourists, so are for post COVID times, but the time to set them up is now. Each of these facilities can be earning over $10 million annually for its community. Conservatively

Whereas we see the Carnival and Steelband Museum as one of the architectural wonders of the world like the Bilbao Guggenheim and a tourist attraction in the Savannah earning over $100 million a year conservatively- government has placed the Carnival and Steelband Museum in the downtown Museum of San Andres on Broadway... We will take that. We will insist on using this as a base to begin the curation to build towards the mega project

Heritage Warehouse to house all our National Collection artefacts. We should work towards getting a private sector partner or donor for this. Too many collections are being destroyed at the moment.

ROI: This facility can be turned into a Museum destination and can earn over $10 million annually easily. Its worth is much more as it will rescue literally billions of dollars of jeopardized cultural material that at the moment is in danger of destruction

We have to search for the private partners for these.

LOBBIES THAT CAN BE ONGOING WITH OTHER MINISTRIES:

We have arrived at the logical end of 4 generations of Arts Activism which has shown us that our governing classes fundamentally do not understand the modern Creative Industries and their prominence on planet Earth and their worth over and above the traditional Extractive and Manufacturing industries. They have shown that they do not believe that our Creative class is worthy of the investment. They also do not seem to understand the worth of Culture to a Nation. They do not seem to understand that our comparative advantage as a Nation is our Creativity, our Creative Legacy, and our Creators.

The refusal to enable and resource the Creative class through legislation, policy, and institutions means that we Creatives have to now move on collectively to a cooperative ground-up model of empowerment. We have to take our Destiny in our hands. At a time of global pandemic crisis and specific Creative Sector collapse we must bet on ourselves to get ourselves through this dangerous period. We are doing this not only for ourselves but for the Nation, for we know that if we do not intervene in this way now the alternative is madness, suicides, crime sprees and individual and community collapses unlike anything this country has ever witnessed.

Through the Culture and the Arts we will restore and resurrect our Country. 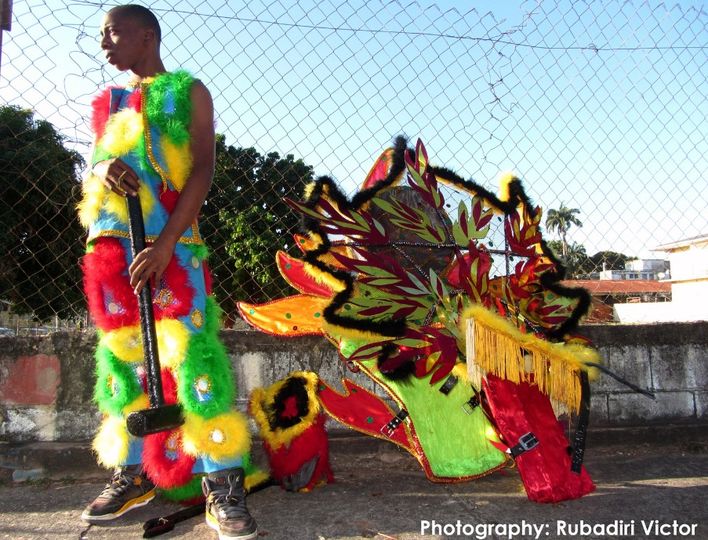 I do not understand why Port of Spain has not been declared a UNESCO Music Heritage City ever since. Has it not been nominated, or,if there is an application process: has noone applied?

This should be telling for all...

We have to search for the private partners for these.

We have arrived at the logical end of 4 generations of Arts Activism which has shown us that our governing classes fundamentally do not understand the modern Creative Industries and their prominence on planet Earth and their worth over and above the traditional Extractive and Manufacturing industries. They have shown that they do not believe that our Creative class is worthy of investment. They also do not seem to understand the worth of Culture to a Nation. They do not seem to understand that our comparative advantage as a Nation is our Creativity, our Creative Legacy, and our Creators.

Time to CREATE our own NEA

The US National Endowment for the Arts is an independent federal agency that funds promote and strengthens the creative capacity of local communities, with GOTT help, funding should be provided by BIG TECH companies, Credit Card companies, local and international corporations doing business in T&T.