Prieto: Recipients are models for others in their sector

Paris, France - At a Gala Dinner and Awards Ceremony held in the Hyatt Regency Paris Etoile at Palais de Congress de Paris, on Monday, Pan Pioneer Merlin and his son Mazzini, general manager of Gills Pan Shop collected the Award in the Gold Category of the International Star for Leadership in Quality (ISLQ) Awards 2013. 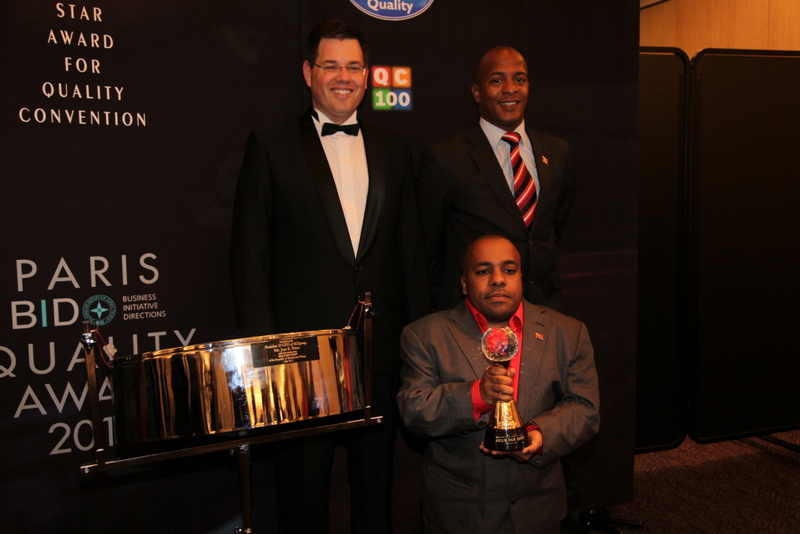 After being presented with the award Mazzini Gill told all in attendance at the International Star for Leadership in Quality Convention – Paris 2013, “On behalf of the Government and people of Trinidad and Tobago we greet you with a warm heart. We would like to thank Business Initiative Directions and its President for the International Star for Leadership in Quality Award. The Business of Gills Pan Shop is to manufacture the national instrument of Trinidad and Tobago, the only new acoustic musical instrument invented in the 20th Century, the steelpan.”

He added, “Our major achievements are our Gills Pan brand, developing the instrument into a main teaching tool throughout the education system globally. We currently ship to over 40 countries in four continents. We have given our hand crafted steelpan instrument to many world leaders including (US) President Barack Obama, the Canadian Prime Minister Stephen Harper and the Royal family in London.”

Gill ended by stating, “With regards to quality, this award produces an elevated platform for Gills team of craftsmen to showcase their unique talent and skills on a global forum. We would once again like to thank you from the people and Government of Trinidad and Tobago.” 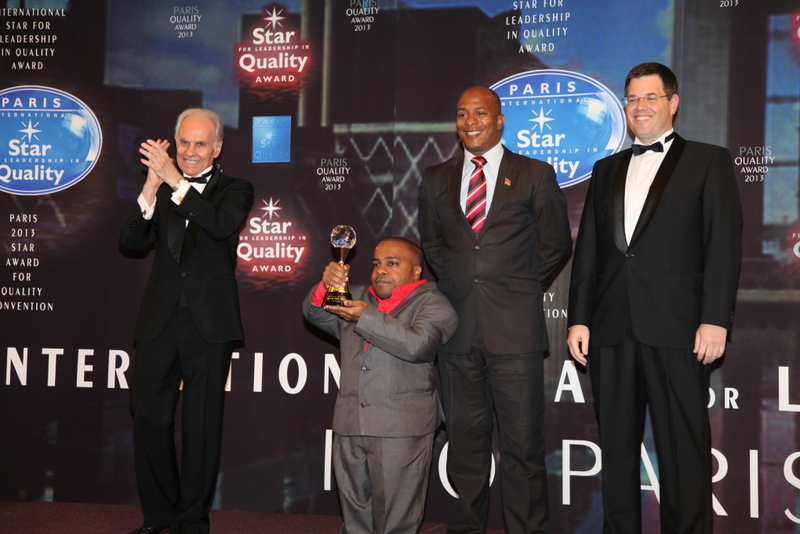 At the ceremony, awards were presented to companies from 54 countries around the world for achievements in Quality in Excellence.

Gills Pan Shop was further honoured by Prieto when he requested that they close the 2013 award ceremony with a speech outlining the history and current statistics of the steelpan industry. A presentation of a steelpan instrument was given to the BIDgroup with a demonstration by a novice musician.

Congratulations to all.  Mine is a Gill pan.

Congratulations on your achievement Mr Gill

Congrats Mazinni and the Gill family. Keep the flag flying for TnT