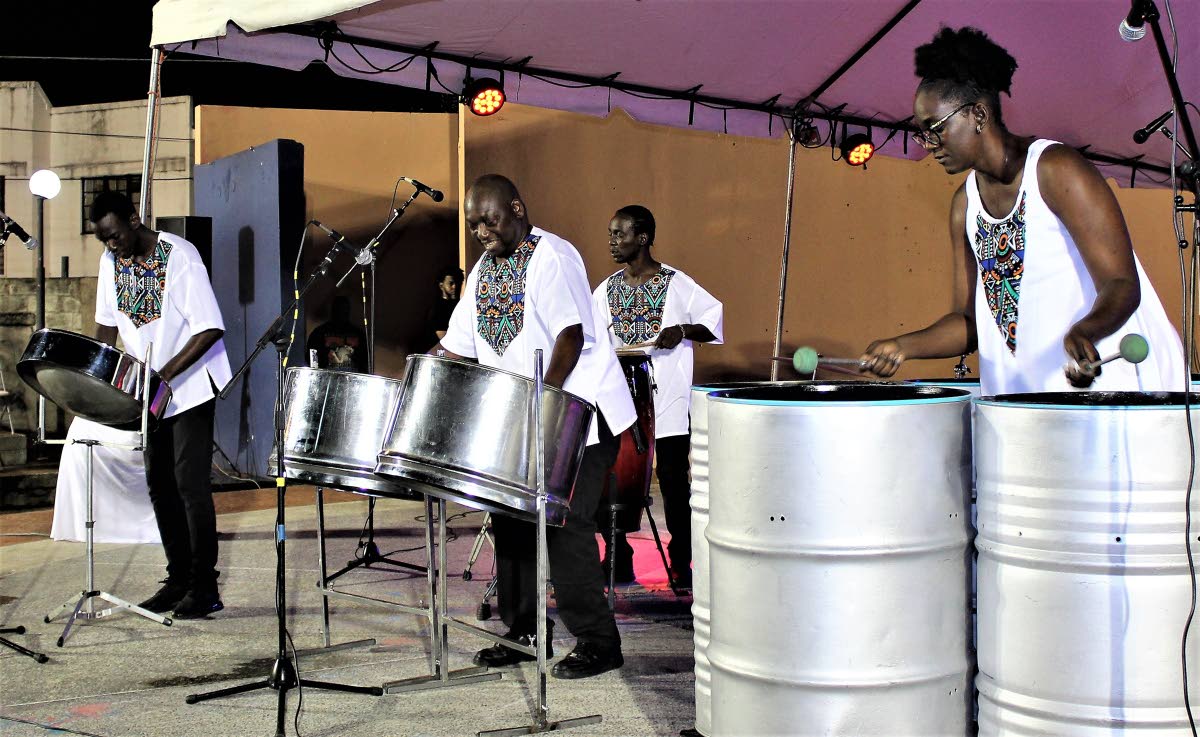 The competition was in honour of Winston “Shadow” Bailey and sanctioned by Pan Trinbago whose president Beverley Ramsey-Moore and members of her executive were present.

The venue was full of chairs as opposed to a cheerful audience which went from zero to 60 in several hours. On many occasions master of ceremonies Tony Alleng had to beg the patrons to applaud the proceedings.

Nine sides were scheduled to perform but patrons only got to see and hear five competitors as four pulled out before the show. St James Tripolians entertained the early-bird patrons with some very good music.

Results were fair. Sapophonics also entertained before start of proceedings.

Senior Citizens (some call them old) Sapophonics continue to rock wherever they perform. Yuh never too old, eh?