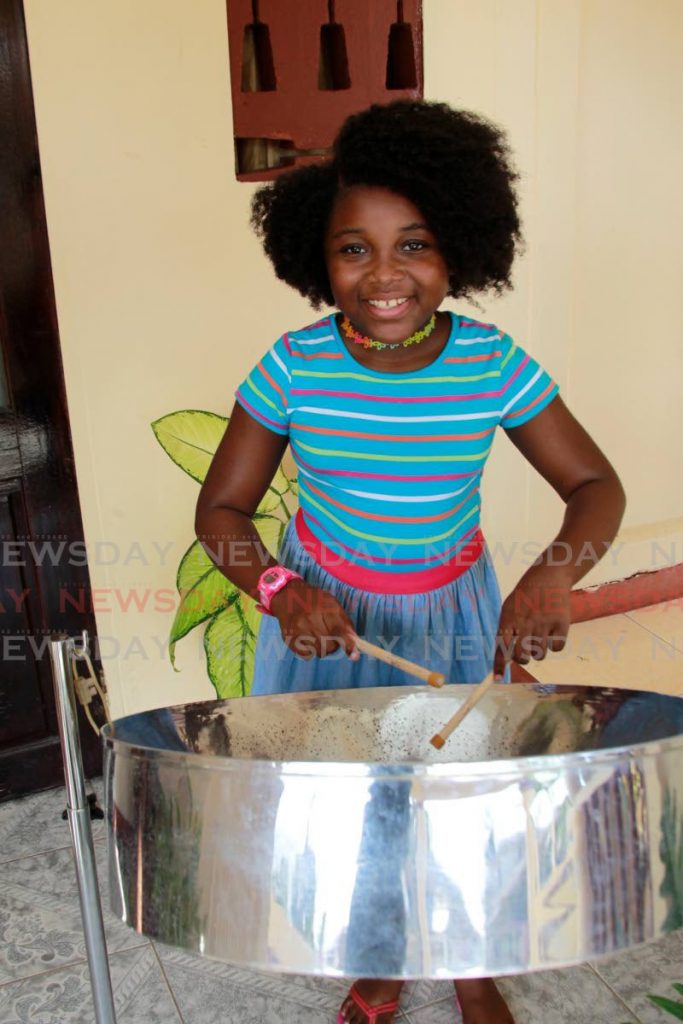 Jazmin Shortt is eight years old and she already knows that she wants to be an actress. - Roger Jacob

Jazmin Shortt is only eight years old but she already acts, sings, dances and plays many instruments including the steelpan and African drums.

Jazmin's parents are musicians so it may not be surprising that she loves the performing arts.

“Since my mummy and daddy are musicians, and are in the arts a lot, I started getting into the arts and I find it very fun. I like going on stage and performing for people.” said Jazmin in a recent interview with Newsday Kids.

Her mom, Joanna Shortt, is a secondary school music teacher who also works with different steelbands, while her dad, Andre Wilson, is the vice captain of Sforzata steel orchestra.