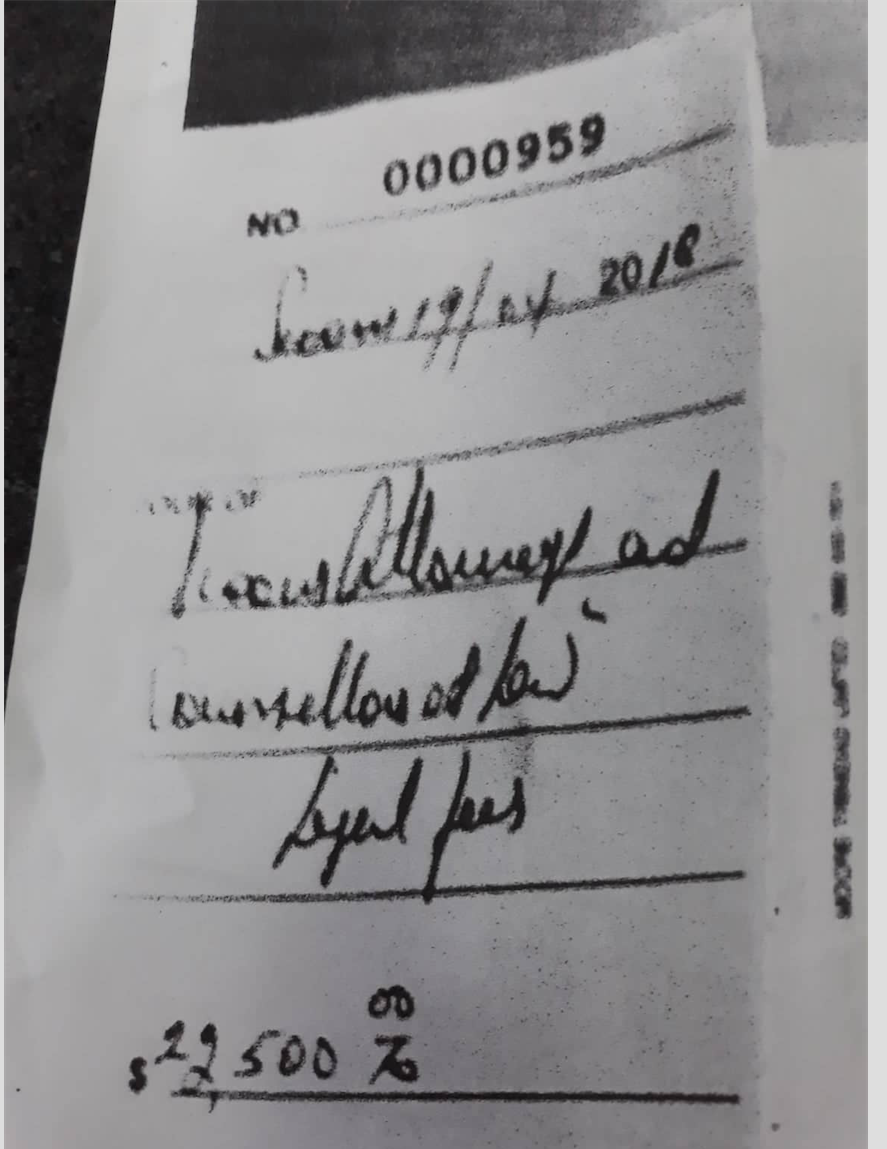 “It was rumored that Pan Trinbago money went into all the legal fees…..?'
‘Yeah right, Yeah Right,” he said fishing at first for a response to the question sprung on him, sitting on a chair behind a desk full of papers which by a wild stretch of the imagination he thought made him look important.
It was a Facebook Live broadcast courtesy Marcus Ash, Secretary of the Eastern Region of Pan Trinbago.
“You see there are people who will recognize when you have a good case and when you have a good case somebody will have to pay for their losses,” Richard Forteau Secretary of Pan Trinbago, under scrutiny for the first time, said.
“ Are you saying it is on record that Pan Trinbago…?” Marcus Ash continued. But Forteau shut him down, forestalling the direct question that may have cornered him into telling an outright lie.
Never mind that ten weeks before on April 19th, 2018, the first cheque, 0000959 for TT$22,500, was cut for Attorney Farid Scoon, who five days later brought a claim, on April 24th, 2018, against President Keith Diaz and Northern Regional Chairman Gerard Mendez and Tobago’s Regional Chairwoman, Marie Toby who were part of an interim committee appointed to run the affairs of Pan Trinbgao following an Extra Ordinary general meeting.

Miss Ingrid, you have to capitalize the wows.

Mrs Ingrid i missed you.

i thought of you many times, it just slipped me to ask why i am not hearing from you.

just remember you have some english lessons for me, eh.

Aquil: I've just been taking some time out.  It looks like I came back at the right time.

I haven't forgotten about the English lessons ....

Ingrid: Yuh leave meh on THIS FORUM all alone with a BRITISH TABANCA!!!

Glad you are back!!!

Ingrid: Where have you been? You left me to fight the whole PAN TRINBAGO ADMINISTRATION all by myself. And now you see how they spent over SIX HUNDRED THOUSAND IN LAWYER FEES and they give DARREN SHEPPARD $95,000 for doing GOD KNOW WHAT. And the man have the nerve to sue Gregory Lindsay for TELLING THE TRUTH.

We have to FIX THIS THING GIRL!!!

I'm absolutely dumbfounded.  I've been trying to read the various posts but this encapsulates everything.  I don't know how PT can bounce back from this.  Shameful!

Mr. Claude. i wonder if Daren will sue Mrs Baboolal for telling the truth? Like people in Pan Trinbago making plenty money for lawyers boy. and i wonder who will sue Mr Photo for lying to us once again?

How could THE MINISTER OF CULTURE watch these PAN TRINBAGO men SQUANDER Pan Players and Tax Payers $$$$$ before the EYES OF THE PUBLIC (and the world) and NOT SAY A WORD or LIFT A FINGER.