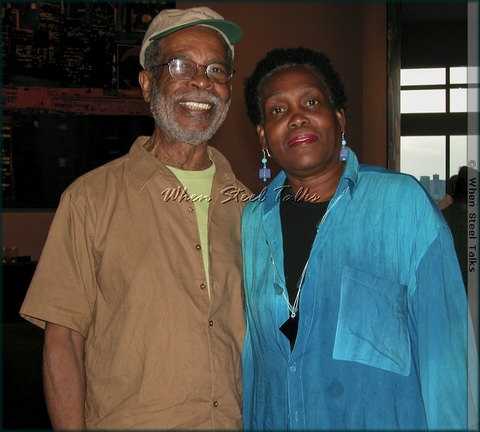 As one of New York City's most powerful activists of the 1960s, Mr. Morancie helped to lead the Great Society and War on Poverty program creating hundreds of jobs and bringing millions of dollars to devastated Central Brooklyn through the Model Cities Program. Appointed by Mayor John Lindsay, he charted the course developing and managing a comprehensive plan for housing, sanitation, crime prevention, police protection, economic development, education, social services, union organization and transportation.

Mr. Morancie hailed from the Republic of Trinidad and Tobago and worked tirelessly to assist Caribbean immigrants by helping them adjust to their new life and bridge the gap between Caribbean Americans and African Americans and other minority communities.

Permalink Reply by June A. Archibald on February 7, 2015 at 6:54pm
I was one of the many thousands of young people who benefitted from the dedication Horace applied to his job of leading Central Brooklyn Model Cities. As my friend and mentor, he helped to shape the woman I became. I will be forever grateful for his caring and compassion. Thanks to Gloria for keeping him around this long. Now he takes his place of honor among the ancestors.

I write as one of the thousands of Black youth in the '60s living in East New York, Brownsville and East Flatbush who benefitted from Mr. Horace Morancie's wisdom, dedication and care.    I attended the first session of high school students at Brooklyn Polytechnic University and it was this exposure to higher education that made me understand that I had to know the "details."    Mr. Morancie's quiet humility has always impressed me and has stayed with me thus far.    Sir, as you wind your way to Ancestors, Know that you did well!