Musician/Educator Mr. Ray Anthony Holman will be conferred with an honorary degree from The University of the West Indies (The UWI) St. Augustine Campus 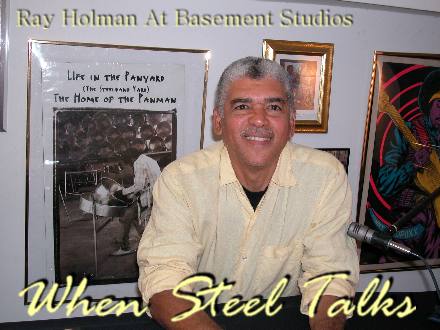 Musician/Educator Mr. Ray Anthony Holman will be conferred with honorary degrees from The University of the West Indies (The UWI) St. Augustine Campus

At the 10:00am ceremony for the Faculty of Humanities and Education on Saturday 30 October, Mr. Ray Anthony Holman will be awarded the honorary Doctor of Letters (DLitt).

For their outstanding contributions to regional and international development, this year, a total of 14 eminent persons will be presented honorary degrees at The UWI’s 2021 graduation ceremonies. Nominations from across The UWI’s five campuses were approved by the University Council, at its sitting on April 30, 2021. These 2021 graduands will join a list of over 450 honorary degree recipients conferred by the regional University since 1965.

Musician, educator, and holder of a Hummingbird Medal (Silver) Award, Mr. Ray Holman grew up surrounded by the pan yard of the ‘40s and ‘50s in his hometown where he started with Invaders Steel Orchestra in 1957 at 13 years old and composing his first original piece ‘Ray’s Saga’.

From 1963 onwards, Mr. Holman has been involved in several steel bands including Starlift Steelband, Phase II Pan Groove, Exodus, Skiffle Bunch, and Invaders Steel Orchestra, throughout the years, to name a few. Mr. Holman made history in 1972 when Starlift performed his original composition, ‘Pan on the Move’ at Panorama – the very first original composition to be played at the annual steelband competition. In the following years, his original compositions included ‘Pan Woman’, ‘Life’s Too Short’, ‘Steelband Paradise’ and ‘Heroes of the Nation’, and he paved the way for future savants to compose for Panorama.

He completed his degree in Sociology and Spanish at The UWI St Augustine, and immediately began teaching Spanish and History at Fatima College upon completing his studies. Mr. Holam has served as a Spanish interpreter at the 1974 CONCACAF Conference, a member of the Bureau of Standards Committee, and a board member of the Trinidad and Tobago Copyright Organization.

His career in music has carried him throughout the Caribbean, North and South America, Europe, and Asia as a composer, arranger, performer, co-director, festival adjudicator, artist-in-residence, guest artiste, and university faculty member. Between 2000 and today, Mr. Holman composed and arranged over 300 songs for steelbands and events and has performed internationally. In 2010, homage was paid to him in the Tribute to Ray Holman Concert at Queen’s Hall, Port-of-Spain. In 2020, he added ‘vocalist’ to the list of his professions with the release of his 6th album, First Love.