When Steel Talks extends condolences to the family and friends of ace guitarist George Victory.  He was an avid supporter of Pan. 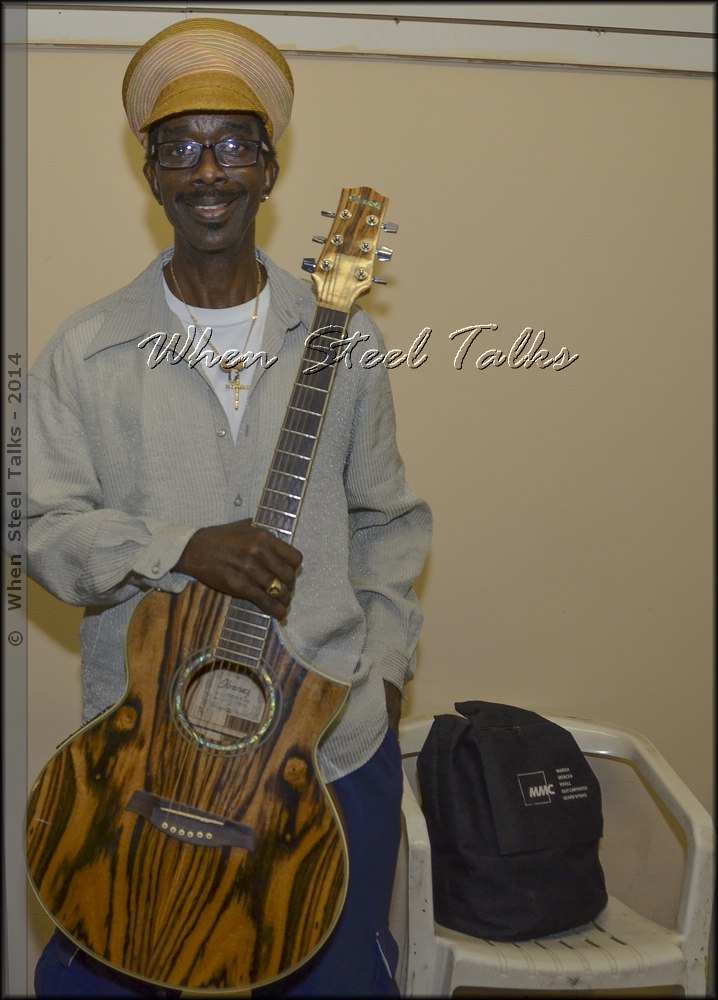 George also sang and arranged (and likely played some instruments) on the Soundtrack/Album "The Panman" by Kamalo Deen, 1997.

Permalink Reply by Frederica Lester on July 20, 2016 at 12:36am
Deepest condolences going out to his family. He helped to produce Sonatas first record album, "Pan in Style". Wonderful memories I must say. May his great soul of music rest in peace.

One of the fantastic group of Aroucan musicians who started of on Forde Street,Arouca. He started playing with guys like the late Bertie Fraser ( a former PT president) Fitz Mello (who did some of Shadow's work), Jato Thomas (who went on to lead Just Fab Deltones) George Bleasdell and another George ( whose surname escapes me,but I believe he is the organist at St Charles R.C Church in Tunapuna.).....Jit (another Aroucan) is also from this era.....Arouca has not produce a group of this pedigree since.

George went on to play with Bert Bailey and the Jets,had a stint with Esquires (with Clive Bradley) and I believe he also played with Rockerfellas (Mike Boothman) and a road stint with Shaka Khan. A serious guitarist with a fantastic touch and tone (loved his wha-wha),he eventually ended up in Sparrow Troubadours and joined the list of our then best musicians who migrated between the early 70s to early 80s ,which left the T&T music industry severely depleted.

George was a very pleasant person,a joy to be around....R.I.P George,it was always a great experience to hear you play.

Brilliant Oswald!!! I have been depressed since yesterday over this news. I am glad to see somebody expand on his musical achievements. Such talent!!! (And you left out so much of the American Journey!!!) Such a humble man despite all the skill and accomplishments!!! You eased my pain some with that tribute!!!

Claude, I know that feeling......I got to enjoy George presence up close and personal when I visited my relatives who also lived on Forde Street. There was this huge mamisepote tree on a cool shady empty lot of land,and he would be sitting on the roots learning new chords and playing tunes from music books.I enjoyed a great part of his early journey and though he was in a competing band (Jets),we would hang out by Jato (Deltones) who cooked a mean fry chicken,while the jam session was going down......pores raising here.

George wanted to do nothing else but play music,and he pushed himself to be darn good at it.

Please share your experiences and knowledge of this great performing artist with the forum.

But when George Victory walked off the stage, he became a MUSICAL DREAMER!!! In the mid-eighties when SOCA was starting to gain International Momentum -- George Victory and Steve Sealy and Beaver Henderson and Lennox Picou and Duke and Gypsy and a few songwriters and producers in New York firmly believed that they could blend SOCA with R&B and produce hits in America and Internationally.

I bought heavily into that George Victory dream because George Victory was not just a great guitarist: He was a composer and arranger and producer and music lover!!! Over the last two decades I would check the newspapers or internet every so often to see if George Victory had MADE THE HIT. I kept expecting to read all about it one day. So it was with a deep sense of loss that I read of his passing earlier this week. His dream was my dream and that dream had died suddenly at the age of 66 -- pretty young given today's extended life expectancy.

In terms of my appreciation for CALYPSO MUSIC and my specific passion for CALYPSO GUITAR, George Victory was as great a musician as I have ever heard. Maybe he did make that piece of CROSSOVER MUSIC and it is sitting in his music library in Florida.

I am going to hold on to that hope to the end!!!

Thanks for sharing Claude