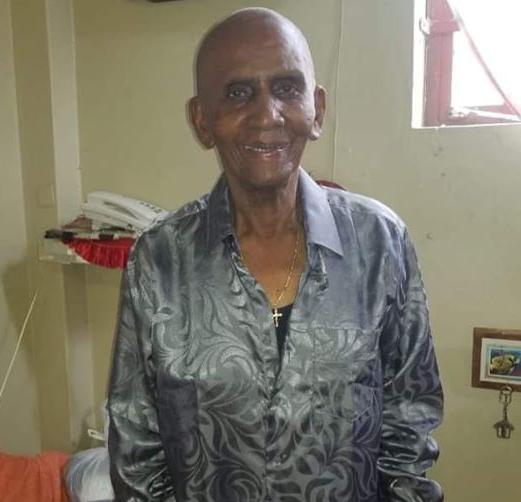 I first met Nervin ‘Teach’ Saunders approximately 40 years ago. I was at the beginning of my teaching career and was assigned to St Augustine Secondary, and Teach was an Agricultural Science teacher there.

Two years before, in 1990, the St Augustine Secondary steelband embarked on a two-month-26-city, tour of France, as guest of Jeunesses Musicales de France. Nervin ‘Teach’ Saunders was our arranger for that tour.
The following year, in 1991, we were invited to perform at the Jeunesses’ Musicales de France 50th Anniversary celebrations in Paris during the month of May. One year later in August 1992, the St Augustine Secondary steelband attended two youth festivals in Scotland – the Inverness Youth Festival of Music and Dance and the Aberdeen Youth Festival – and, once again, Nervin ‘Teach’ Saunders was our arranger for both of those tours.

I mention the above chronology of events not to highlight the achievements of the school, but to shine a spotlight on the flip side of those achievements. So many tunes, so many individual bars of music, so much patience and so much love. Mr Saunders, as he was called, constructed our quest for excellence, note by note, person by person and minute by minute: an effort small at the incremental level, but massive in the aggregate.

The girls loved him and the boys respected him as a father figure, who could relate to them at their own level. His Agri-Science classroom on the 2nd floor of the Science Block, was a space where the distinction between teacher and student became somewhat blurred, in the sense that students felt comfortable to go there, to eat their lunch, get advice or just because they loved hanging out with sir.
The preparations for the first French tour had proceeded under the curfew restrictions, in the aftermath of the 1990 Insurrection. I remember we had to use break times, lunchtimes and the limited window after school to work on an extensive tour repertoire. Individual band members as well as small groups, would make their arrangements to learn music and rehearse parts with Mr. Saunders and after practice sessions at the end of the school day, the Arima crew would book their spot in his car to beat the curfew on their homeward journey.

Out of school, I had the privilege to interact with Teach at the community level. in 1978, having graduated from UWI and being from San Juan, I had left Birdsong and joined San Juan Hill Finland for whom he arranged Pan in the 21st Century for the Panorama competition and the Twelfth of Never for the J’Ouvert Morning Bomb competition. Although Teach was an Invaders pioneer and had arranged for the legendary steelband in the Panorama competition, he seemed to particularly enjoy working with smaller, unheralded community steelbands, who were in need of his teaching skills and congenial personality. In this regard many of the Arima steelbands, including Simple Song and Arima Angel Harps, are indebted to Teach for his selfless commitment.

There is a saying “Once a teacher, always a teacher” and his nickname ‘Teach’ says it all. After retiring from teaching at the secondary school level, Teach established the Eastern School of Pan Music, in Arouca, where for almost three decades, he prepared generations of music students for various music and pan examinations and made a significant contribution to the disciplines of music literacy and the art of pan playing.

When I last visited him there, he had slowed down a bit and was resting on his cot in the corner, waiting for his classes to begin later on. He explained that he had not contemplated retiring once he was physically able to work, because getting out and engaging in what he loved ‘is therapy for me’.
At the tertiary level, Teach joined the staff at UWI Department of Creative and Festival Arts (DCFA) and together with Jessel Murray co-directed the UWI Arts Steel, the premier performing steel ensemble at the DCFA.

In a personal conversation Teach intimated to me that his combined love affair with teaching and pan first took shape in the 1960’s, when he was assigned to teach at the Blanchisseuse RC school and decided to set up a school steelband there.

Today after a lifetime of committed and significantly impactful service to the steelband and to teaching, we bid farewell to our elder, colleague, mentor, teacher and exemplar. Nervin ‘Teach’ Saunders, we salute your selfless contribution and we promise to continue to work and walk in your inspiring footsteps.

To his daughter Cherry-Ann and the rest of his family and to his friends and colleagues, we offer our sincerest empathy and the hope that time will bring healing.

RIP Teach. A life well lived  You've been a teacher, a community leader, and a respected mentor, to so many. Most of all, you were a pan man. It was a pleasure to have known you, and to have played under you, so many years ago. Lots of memories. Thank you for all you've done for all of us who had been privileged to know you, To play and work with you and under your musical direction..You've touched the lives of all of us and you will not be forgotten. Your work on this earth is now done. God Almighty, has called you home to rest. May you rest in everlasting peace.  Sincere and heartfelt condolences to the family and friends of Nervin "Teach" Saunders.

Mr. Saunders never stopped giving.  I met him about 12 years ago when I needed extra lessons in steelpan as a COSTAATT Music student. He and his colleague Susan at the Eastern School of Pan Music went all out "over and above" to teach me the rudiments of pan and to help me whenever I was "stuck" and needed help, guidance, or back-up musicians for Music practicals and anything at all! He is a priceless treasure.  Everyone will greatly miss him.  God bless, comfort and keep his family and loved ones.

A man for all season, I met him in 1994 when we contacted him to arrange for Sun Valley in Point Fortin and after that our friendship went beyond panorama, what a mighty man we had in the pan world.R.I.P Teach.