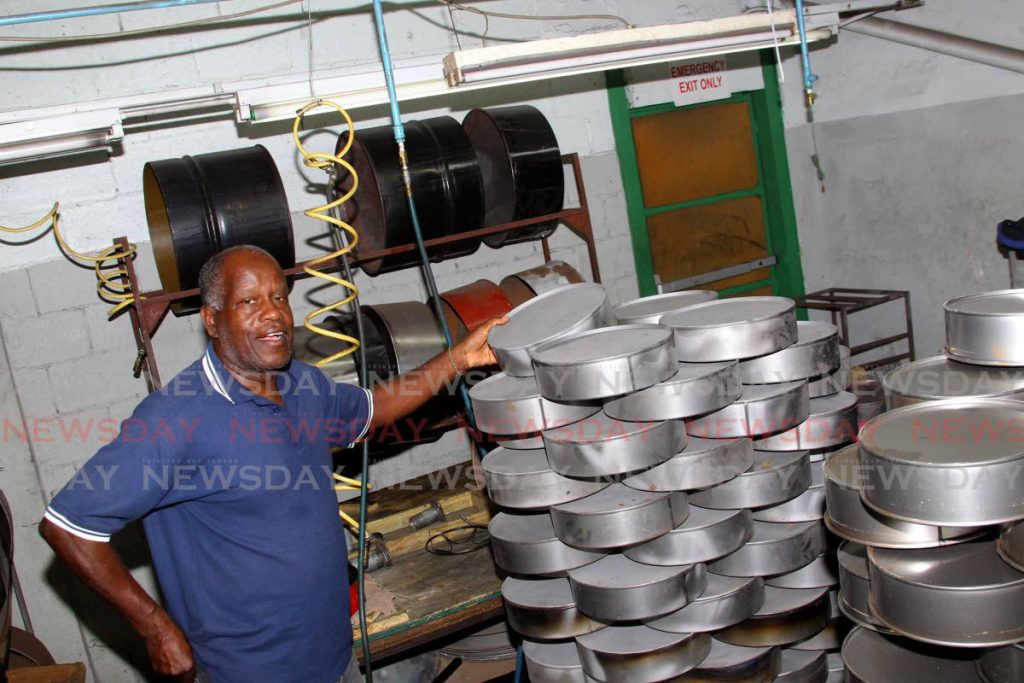 THE PANLAND steelpan manufacturing company rests inconspicuously among other commercial buildings on the Eastern Main Road, Laventille. But behind those walls some of the country's greatest pan tuners have plied their trade and the steelpans produced have journeyed across the world.

Business Day met up with Panland president Michael Cooper at his office for a history on the company and the future of the industry.

Panland started in 1993 as TT Instruments Ltd under the Neal and Massy Group. At the time, Cooper ran the motor vehicle assembly plant but as that industry was targeted for extinction, steelpan was chosen as one of the new product options. Several small companies were set up, including TT Instruments, a joint venture between Neal and Massy (majority partner), Pan Trinbago and the Metal Industries Company (now MIC).

Steelpan manufacturing, he explained, was seen as a good business opportunity with a lot of potential and a number of attractive features, namely: it is indigenous and all the expertise, knowledge, technology and human capital reside locally; it is an industry that will grow and create significant development of people, careers, economic activities and communities; it is a high-potential foreign exchange earner; and it could provide employment in communities where the pan evolved.