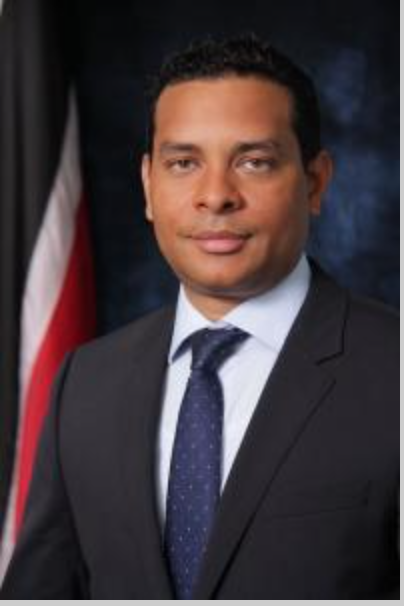 Whosoever wins the love of the pan people, wins the love of many. I am saying that without a doubt, your action has pleased a large number of people. This would eventually pay huge dividends if you are consistent.

I am vocal on the performance of anyone who offers themselves to serve, especially when their service, or lack thereof, affects me and the people I represent. I, on behalf of the majority of the pan movement, would like to express our appreciation for the initiative on giving us priority for vaccination. Though, your intent is for travel abroad, which would exclude about 90% of the pannists, it would definitely help with us getting back to practice. So yes, we are thankful for your consideration but what is really overwhelmingly refreshing  is that we are being represented by someone. That being said, take the following into consideration.

Minister Tourism, Culture & The Arts, the honourable Randall Mitchell, I am suggesting that special consideration be given to reinstating the ‘loss of earnings’ grant to steel bands, which are predominantly community base organizations.

We had a number of complaints regarding the March to November 2020 timeframe of the previous applications. Mainly because a criterion which qualified a band to be eligible was evidence of the performances done during the previous year during March to November. Most bands only perform during Carnival which is right before the stipulated period. Those that do perform otherwise do not have evidence of these performances for eligibility. Steel bands could not produce this evidence and as a result, steel band people were disproportionately underrepresented in the over $10,000,000.00 given out to artistes. Click on the link https://www.looptt.com/content/over-10m-cultural-relief-grants-disbursed .

The Carnival season, the peak earning time for every steel band, arranger, tuner, drill master, player etc., is the period that the steel bands would be able to produce the evidence required to be eligible recipients of the much-needed relief. However, there was no opportunity for bands to apply. Presently, bands desperately need help.

Russel Providence, a prominent voice for panist, made the suggestion about the vaccine to pan men as priority and we all thought no one was listening. We know now you were, so thank you. Your action brings favour among your biggest constituency, the steel pan community. Keep representing us and we will keep publicly giving praises.

So wait nah!!! RUSSELL PROVIDENCE went to THE MINISTER and plead the case for PAN MEN and the MINISTER implement ah policy to HELP PAN PEOPLE within WEEKS. That is the KINDA MAN we need on THE NEW EXECUTIVE OF PAN TRINBAGO.

Good to see SOMEBODY STANDING UP FOR THE PAN MEN!!!

Russell Providence did not go to the minister..

It is obvious that the minister is not influenced by the politicking of the incumbent.. ,

Russell Providence is not a big honcho in the PNM. He supports the ruling party and is encouraged by their governance.

Permalink Reply by Aquil on Tuesday