The Battle for 14-17 park Street, Port of Spain Part VI. The Special Convention.

Brothers and sisters in pan, please note that The CIP,  Aquil Arrindell and Gregory Lindsay are only puppets in the politics of pan, allowed to promote their own personal agendas, while furthering the cause of a faceless cadre of corrupt, toxic, recycled material whose closets are full of skeletons that can be positively identified by both the Forteau fraction, and by Keith Diaz. Hence the reason GREGORY LINDSAY is continually being shoved in front of TV cameras, and AQUIL ARRINDELL is continually being bombarded with articles that he did not, and/or does not write to publish on this global forum which he chooses to call "Ah Ole Talk Forum" when caught flip flopping and back peddling

Have members of the steel band fraternity considered if the virtuous represents himself, or those on the banks of the St Anns river?

Have members of the steel band fraternity considered the half dead, band hopping, recycled, former and current regional officials that Gregory Lindsay and Aquil Arrindell continually attempt to sanitize and impose on delegates of steelbands as suitable replacements to the current undesirables?

I want to implore delegates of steelbands planning to attend tomorrow's special convention that the date and time:

I want to encourage delegates of steelbands planning to attend tomorrow's illegal  special convention to boycott this meeting, and reject it's unconstitutionality, as any decisions taken here will again be voided by a court of law.

Unlike others, I do not believe that the steeband fraternity is bankrupt, or does not possess the human capital, skill, or intellectual and professional capacity to decide for themselves the future, and direction of Pan.

Aquil Arindell and Gregory Lindsay are hustlers, singing for a bigger slice of the PIE that is divided annually at 14-17 park Street, Port of Spain, men who have demonstrated their intention to isolate you when they get their way as is evidenced by their hot romance with Keith Diaz.

A word to the wise is sufficient.

You know what is amusing, seeing an expat and his protege playing hide and seek online in anticipation of... LMAO.

I DO NOT THINK that THURSDAY EVENING will SOLVE ANYTHING!!!

Yuh SURE RITE ABOUT DAT

"Unlike others, I do not believe that the steeband fraternity is bankrupt, or does not possess the human capital, skill, or intellectual and professional capacity to decide for themselves the future, and direction of Pan."

Here is where I VEHEMENTLY DISAGREE with RUSSELL PROVIDENCE!!! He could become PRESIDENT OF PAN TRINBAGO and hire the TWENTY MOST BRILLIANT members of the "steelband fraternity" and give them A BILLION DOLLARS to invest in PAN and bring some returns back to THE ISLAND and in THREE YEARS all the MONEY will be gone and they will be owing another HUNDRED MILLION with NOTHING TO SHOW!!!

Is a good thing i am important enough for somebody to write all this about me.

I am feeling honoured.

Mr claude, as i said before, people only pelt stones at trees with fruit, so if i don't pelt back, you know why... lol

Aquil: Look how much BIG STONE I pelt at THE CIP and I eh see NO FRUIT fall from THE TREE, yet!!! Boy meh team LOSING so ah losing meh acerbic edge on my postings!!!

Like CECIL HINKSON SAY: After TOMORROW is MORE COURT!!!

that is only because your hand not straight and it weak.....lol.

i will send you a compass and some protein powder......lol.

Mr. Russell Providence.....I am completely aghast at your highly slanderous statements towards me. Notwithstanding your inferences, I will keep the below mentioned in the forefront of my mind. Good night, my country cockroach 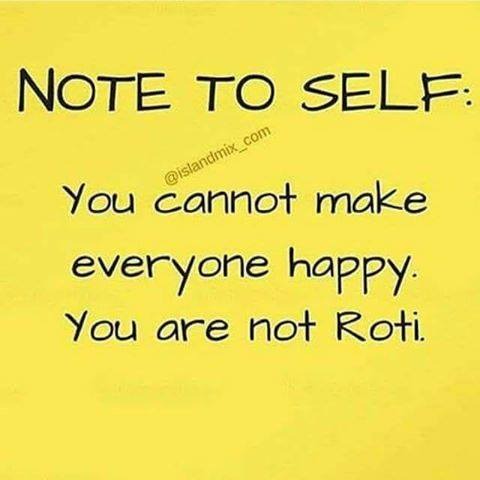 GREGORY: Yuh know at least ONE MAN on THIS FORUM LOVES YOU!!!

I not taking anything personally, Russell is entirely entitled to his opinion and I welcome the harshest critics to my contributions here on the When Steel Talks forum

Rarely ever in this Republic now particularly, can a person as intelligent as Russell speak his truth in his mind without the receiver toting court house papers, or worse yet packing heat looking to trigger God knows what! .....no harsh remarks here....No offense taken...no offense given...Russell....you are still my favorite social media scientist...

We will have to agree to disagree sir, as I am firm in my belief that the steelband fraternity has the specialized human capital which you may be suggesting, is required to take the movement forward, primarily by fulfilling the mandate for which it was incorporated. Although conversely you may be suggesting that you may not be confident that that capacity exists among the local fraternity at present?

Consider one man, Aquil Arrindell, he has attained tertiary level education, consider his years of experience at all levels in a steelband, consider the experience he would have gained during his tenure in office at 14-17 Park Street. I cannot for thine kingdom come understand why (well it cannot be called THE resistance movement anymore, because it's now undoubtedly a coalition with Mr. Diaz) he cannot be openly endorsed by fellow CIP members. Can it be that as I would always have suggested, there are snipers waiting to launch an ambush if the conditions become favorable? Snipers, who unknowing to him, march in his shadows? Snipers patiently waiting to launch an assault that would catapult them into office, while those who put their characters and careers on the line, championing the cause of the ordinary panman, may very well have to continue doing that? Does one have to pay to learn, if sense was made before book?

The source of the blue nile, lake Tana in Ethiopia, although contributing 86% of the nile river water, Ethiopia cannot make use of the water as it deems fit, because of deals that were made a long time ago with Sudan and Egypt. Deals that must of necessity be revisited, as the source cannot be denied use of what it produces for its own betterment. Not dissimilar to what may be happening in steelband, where the source is being denied the use of what it produces by Pan Trinbago. If 86% of all bonafide steel bands, that are financial members of Pan Trinbago in good and regular standing, could be mobilized, to demand change to existing sections of the constitution (not just to bring forward elections to serve the purposes of a recalcitrant minority), in an effort to create more transparency and accountability, whoever is capable of pulling off that stunt, will unlike Ethiopia, cut off 86% of The Sudan and Egypt's water, comparable to isolating the Forteau fraction, and the Diaz coalition. Hopefully, no deal would have been made by a third party to deny 86% of the producers, any access whatsoever to what they would have produced.

There are many young pannists that are qualified, and possess some relevant experience, who, guided by willing, experienced, qualified, professionals who are also practicing members of the fraternity, I suspect can turn around the fortunes of 14-17 Park Street regardless of its insolvency...