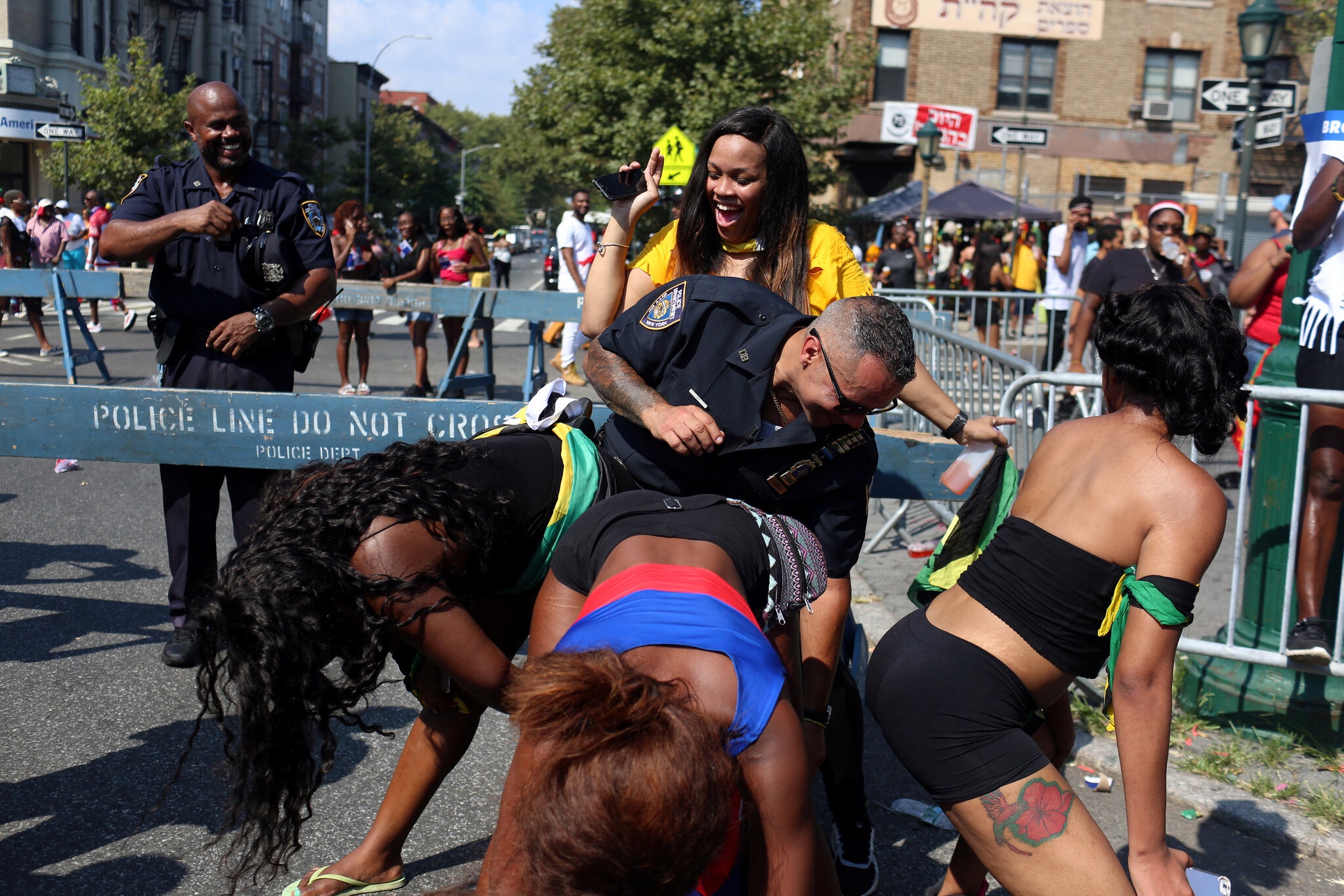 Events like J’Ouvert in New York and Carnival in London have seen violent incidents. But the way they are policed says a lot about what happens when Black people gather.

J’Ouvert has its roots in denial.

In the late 1700s, French colonists in Trinidad began hosting masquerade balls that the enslaved Black Caribbean population was banned from attending. Undeterred, the enslaved peoples hosted their own festivals, often as a way of mocking their enslavers. Upon emancipation in 1838, Black Caribbean peoples participated in the Carnival celebration, bringing in their own customs and cultural traditions....

...Yet in 2011, several N.Y.P.D. officers posted racist messages to a Facebook group titled “No More West Indian Day Detail,” calling participants “animals” and “savages.” One commenter wrote, “Drop a bomb and wipe them all out.” In 2016, the union for the London Metropolitan Police called for a review of Carnival after over 450 arrests at the event and a reported 43 injuries among officers. The chair of the union claimed that officers “dread” working the event — all of which is a striking contrast to the familiar photos of police partying with happy revelers.

In looking to address the gun violence at Carnival celebrations, activists and organizers often cite the kind of community interventions that they argue would deter gun violence all year round. During a televised debate in 2016, Mr. Williams said that the suggestion “that if these festivities didn’t occur there would be no violence is just false. So we need to continue to talk about how to deal with the violence.”

Organizers also have questioned whether J’Ouvert is being unfairly singled out for censure. The reaction to J’Ouvert and other Carnival events falls in line with a pattern of U.S. responses to a very particular perceived threat: that of Black people gathering in public spaces.

During slavery, the enslaved were often required to carry special written permission from their enslavers when away from the plantation. Otherwise free Black people could be called upon to present their “freedom papers” by practically any white person. After the Civil War and emancipation, new laws were passed, known as the Black codes, which expressly forbade Black gatherings outside of work. In Mississippi, a law forbade “all freedmen, free negroes and mulattoes in this State, over the age of eighteen years” from “unlawful assembling themselves together, either in the day or night time.” Such laws, subject to the discretion of the local law enforcement, did not only apply to violent or riotous acts, they effectively curbed public celebration. The only legal gathering place for large groups of free Black people was church.