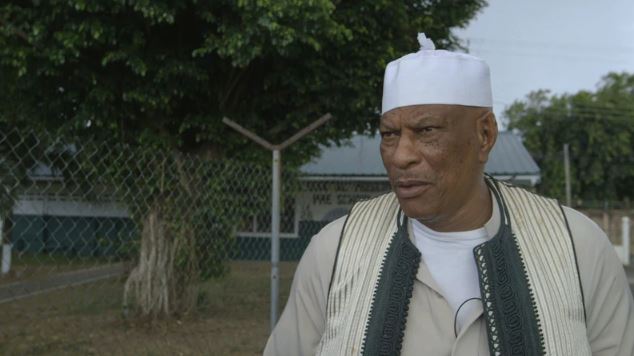 BAKR WALKS THROUGH THE JAMAAT COMPOUND.

When I arrive to meet Bakr at Jaamat’s sprawling headquarters on the outskirts of Port of Spain, a three-year Commission of Enquiry into the 1990 coup has just been completed. Bakr refused to attend and testify despite threats of additional prosecution.

Instead, he announced that he plans to present his reasons for the coup directly to the country's people. During a lengthy interview with VICE News, however, he's comfortable discussing everything that led up to it, as well as pontificating on a number of other topics.

“My responsibility is to the people of Trinidad and Tobago," he tells me. "In the end, they will judge how I interact with everyone."