THREE MONTHS to the PAN TRINBAGO ELECTIONS and how come all the candidates SO QUIET?

Darren Sheppard SILENCE THE CIP so I understand how OSWALD and GREGORY clam up. Ah tell AQUIL that THE CIP was not worth A RED CENT, politically. The man never believe me.

But ah doh understand how BEVERLEY RAMSEY-MOORE eh out there campaigning like she mad. She promised to be a "TRANSFORMATIVE" PRESIDENT taking that word from and Ex-American President who was described as "TRANSFORMATIONAL"  -- of course, today, most people DON'T LIKE what AMERICA has been transformed BACK TO. But that is a different story -- and we could dismiss BEVERLEY as being a serious challenger. No woman from Tobago eh go be selected as no PAN TRINBAGO PRESIDENT for the next one or two generations. (Ah steal that "next one or two generations" line from a distinguished Trinidad Artist.)

Ah doh know about the PHASE II Manager planning to run PHASE II and PAN TRINBAGO at the same time. That issue should come out in THE DEBATES.

Serrette might make a run but we eh hearing nothing from him at all since the big MEDIA TOUR.

Gerard Mendez!!! Well he want to be PRESIDENT real bad. So I am sure that he is going to make a big run to the FINISH LINE.

It will not surprise me if KEITH DIAZ finds a reason or strategy to HOLD ON TO POWER through the 2019 PANORAMA. Money ran scarce during the last PANORAMA CYCLE and he needs one more dip in the GOLDEN POND to walk out with DECENT CHUNK OF CHANGE!!!

People calling Keith Byer name -- but I don't see him as a serious contender.

And after SHEPPARD threaten to LOCK UP AQUIL FOR SLANDER and send him down to CARRERA for a 3 to 5 stretch -- ah sure AQUIL EH GOING AND RUN.

That leaves us with THE INCUMBENT!!! I am 100 PERCENT SURE that RICHARD FORTEAU and DARREN SHEPPARD and MICHAEL JOSEPH will find a way to MAINTAIN CONTROL OF PAN TRINBAGO. Their best strategy would be to dispute the LEGALITY of certain nominations they deem UNQUALIFIED. Then they could get into another COURT SQUABBLE and force the elections to be postponed until AFTER PANORAMA. That is the most likely SCENARIO.

So by the time PANORAMA 2019 is over and the COURT ACTION pick back up about ONE YEAR FROM NOW -- we back into ELECTION CYCLE MODE and looking at an ACTUAL ELECTION in October of 2019.

Not since the days of George Goddard has any steelband leader done or accomplished anything of note. No Pan Trinbago leader can even write two paragraphs about anything they have contributed to Pan. The bar is pretty low right now. Outside of some very well-known gangstas, who would dare to put on a Pan Trinbago Jersey?

Pan arrangers skills, Pan players skills and pan tuners skills have increased dramatically over the last 50 years. At the same time Pan administrators, business and leadership skills have gone to the toilet in Trinidad and Tobago. And there is no reason assume anything will change. Remember, the gangstas didn't rob any election to get in there. They were voted in.

But to answer your question directly, all is quite on that front because of the Internet, social media and the international laughter or mourning about the murder of 'Shame'.

The Death of Shame, or the Rise of Shamelessness? 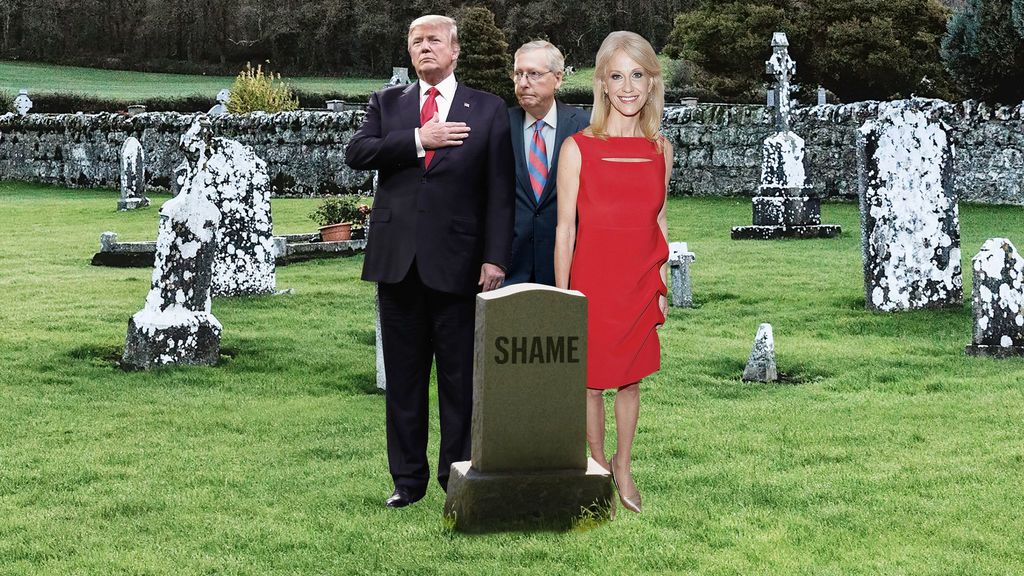 It seems obvious to me that the issues addressed on forums such as these , though they stir the blood of us who contribute to this forum , are not sufficient to excite the pan players , and even the steelbands themselves , to demand change.

Because , when it is all said and done , what changes are we talking about ?

Because even if we replace the current executive with people of sterling quality , what then?

So we get a more honest accounting of the handling of the government funds , which in reality , is a relatively small sum that is subject to change , due to economic conditions.

So , maybe players get their (government funded ) stipend a little earlier , and Pan Trinbago's books look a little cleaner.

So , after we've re-arranged the deck chairs on the Titanic,what then ?

Do the new office holders have a plan ? A vision ?

Are the steelbands going to continue being a "one trick pony" ?

Or , are we waiting for a Chris Blackwell type to come to our salvation and show us how to package and promote the art-form?

Do we see the future of the steelband as a party instrument , even providing a musical soundtrack for the carnival as it was intended, or do we still visualize steelbands playing classical music for old white people in the symphony halls of Europe?

Is there a plan to make the steelband the centerpiece of Trinidad's Culture ?

A plan to package the steelband and carnival and sell that package to the world using modern technology , instead of having the steelband as a sideshow to the carnival , playing music that only steelband diehards and aficionados can understand and appreciate ?

In other words , in spite of all the fire and bluster, I see little for the average pan player , or interested citizen to get excited about , and therefore no real enthusiasm for change.

And , it just may be that potential office seekers also sense that.

The members of the Pan Trinbago executive lack the skill set to lead Pan anywhere.  What company would want any of these people to be on their board of directors? What are their accomplishments? What would they bring to the table?

"no real enthusiasm for change"!!!

In Times Of Change, “What’s In It For Me?” Is The Question You Need To Answer

We’re all self-centered. So as a leader, you need to make sure your people know they’re being treated right during a transition.

In trying to execute a change initiative, many leaders make a common mistake: they try to lead by announcement, by sloganeering, or–worse yet–by executive fiat. To them, their change idea is completely logical. Trouble is, to win the support of others they must appeal to the psychological.

When confronted with change, most people tune in to their favorite internal radio station: WIIFM–What’s In It For Me? That’s not to suggest that most people are selfish. It’s simply a fact that personal context is usually the first filter we use to evaluate our environment. It’s especially true when we’re asked to participate in some sort of change.

What we call the present was never really firm. It was in a constant state of tension between the need to remain stable and the need to respond to the inevitable adjustments of time and circumstance.

Change is not what troubles most people. What gives them the greatest heartburn is the transition from the present to the future. Change is situational: the new team roles, the new manager, the new procedure, the new way of operating. Transition is the psychological rite of passage during which people come to terms with the new situation (the change).

Your challenge is to validate the journey.

"Ah tell aquil that THE CIP was not worth A RED CENT, politically."

Wasn't I the one, who kept saying the CIP was not worth a red cent, politically?

Permalink Reply by Gregory Lindsay on July 12, 2018 at 5:24pm
So by the time PANORAMA 2019 is over and the COURT ACTION pick back up about ONE YEAR FROM NOW -- we back into ELECTION CYCLE MODE and looking at an ACTUAL ELECTION in October of 2019.

Darren Sheppard SILENCE THE CIP so I understand how OSWALD and GREGORY clam up. Ah tell AQUIL that THE CIP was not worth A RED CENT, politically. The man never believe me....

Gregory you are correct, Jackass reach at the top in Pan Trinbago.

Gregory: SHEPPARD have yuh so TOOTOOLBAY you cannot even put up a retrievable link to defend yourself.

What kinda REVOLUTIONARY you is, PARDNER?

And ah educated man like you doh have to resort to no CRYPTIC POSTS as yuh like to do. Look at yuh pardner AQUIL who does be writing dem LONG LONG POSTINGS and he eh HALF AS BRIGHT AS YOU.

Come on man and tell us WHAT'S GOING ON?