Well I made a decision today to STOP CRITICIZING BEVERLEY RAMSEY-MOORE on THIS FORUM ... And ah know that some people will say that BEVERLEY BUY MEH OUT or she WUK OBEAH ON ME ... 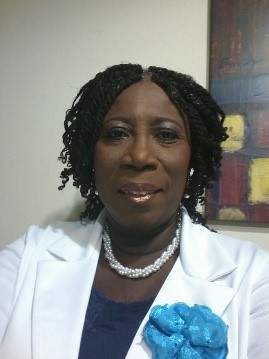 ... even BEVERLEY is going to go back to TOBAGO and give the OBEAH MAN ah $5000 and tell him THANKS for TAMING CLAUDE GONZALES.

BUT THAT IS NOT THE CASE!!!

Certain INFLUENTIAL PEOPLE in the PAN BUSINESS in TRINIDAD have prevailed upon me to STOP ATTACKING BEVERLEY and PAN TRINBAGO. (The odd thing is that I have never ever believed that anybody of any influence in TRINIDAD would even bother to give my postings any consideration -- I always considered THIS FORUM an OLE TALK LIME. And ah still kinda vex with them people who influence me because for all the years that I have been asking "WHERE IS THE MUSIC" -- nobody eh answer yet ... but they let my OLE TALK rattle them.The thing is that I have been in this WHERE IS THE MUSIC TING --and the WE SO TALENTED TING -- for decades before I ever came on WHEN STEEL TALKS and I am yet to hear ONE PIECE of GLOBAL PAN MUSIC come out of TRINIDAD. odw try -- but he has too much of a LOCAL POINT OF VIEW to TEST AH YANKEE CITIZEN TRUMP EXPAT with a GOD-GIVEN EAR for what GLOBAL PAN MUSIC is supposed to sound like.)

Anyway, let me get back ON POINT!!!

This is not an easy change of mindset for me because I NEVER APPROVED of BEVERLEY as PRESIDENT in these MODERN TIMES. But ... what the hell!!!

Ah giving THE WOMAN ah break because she JUST UNDER TOO MUCH PRESSURE from ALL SIDES -- DOWN IN THE MECCA!!!

Leh we see the cheque, dat's how PT using the money , to buy off people... just joking, ah like yuh decision..

Cecil: Ah know the NUMBER ON THE CHEQUE -- but I am SWORN TO SECRECY not to share it with THE FORUM. I going back and ask THREE SOURCES PERMISSION and if they say "YES" -- I will reveal it!!!

Ah think that THE BEV should use this PEACE TREATY to send GREGORY LINDSAY to reveal the number and EASE THE TENSION!!!

Claude:  Whatever happens, be true to yourself.  if you want to criticise Beverley and/or Pan Trinibago, then feel free to do so.

Claude, it would be much more useful if you come to Trini and sit and have a constructive conference with PTB executives, than to sit and badtalk the newly elected President. Ah man like you would turn Pan to success fast. Look how easy yuh get rid of DIASS for we eh!? So ah sending ah ticket for yuh next week. ALL EXPENSES PAID!! Wey yuh say?

all expenses  paid, with who money,

I doh teef. MY MONEY!! The offer is not for you Bede! Is fuh Claude! We need his professional services in Trini! Claude , ah find yuh taking looong to answer. Like yuh want meh change meh mind!?

Thank You BERTEL GITTENS!!! But I am quite sure that I am NEVER COMING BACK TO TRINIDAD IN MY LIFE ... not for LOVE. not for family, not for money, and not for MEH COFFIN.

But I have to take this opportunity to let THE FORUM know that you are one of the MOST DEDICATED and SINCERE PAN LOVERS IN THE WORLD -- and I personally respect and admire that about you.

Here is my offer to TRINIDAD: Anybody who ever makes an attempt to PRODUCE A PIECE OF GLOBAL PAN MUSIC -- let me listen to it first before they release it!!!