Gerard Clarke has not received any gifts yet

Gerard Clarke replied to Pan Times's discussion The Chopping Block with Keith Diaz
"Towards the end of the interview, the guest speaker spoke about leaving Starlift and there was $240.000 in the bank account..Most of that money $210,000 was there since December 2003 and the balance went in after carnival 2004. He was not on the…"
Feb 15

Gerard Clarke replied to Claude Gonzales's discussion Let's give a BIG UP to BEDE LOPEZ -- a man who dedicated HIS LIFE TO PAN ....
"A top of the line performer."
Dec 22, 2020

16 year old Trenyce Sweeney playing the steel pan at home. A Tribute to those affected during COVID

Desperadoes performing at J'Ouvert in Port of Spain 2020

" "Bomb Tunes" are just tunes bands are learning to pass through the venue,they're not "explosive!" Go back in the archives and hear what some of these same bands played for bomb tunes in the past. I don't know the…"
Feb 25, 2020

Gerard Clarke replied to Salah Wilson's discussion Trouble in the Evening
"What a situation! Good to know that you all were not harmed."
Feb 3, 2020

Gerard Clarke replied to Pan Times's discussion Pan fund to take national instrument global
"While this is a good step in the right direction,pan builders/tuners need to get the main problems sorted out so that the product from Trinidad will be fully accepted abroad. The first is proper quality drums to produce instruments. After Van Leer…"
Jan 14, 2020

Gerard Clarke replied to Pan Times's discussion Are steelpan players HITTING the pan too hard?
"When the pans are brutalized and the judges listen to that, the band gets low marks for tone,they run out of the competition by a point or two,they blame the tuner."
Nov 21, 2019

"Best conductor antics goes to that guy with Shades In Steel lol"
Nov 11, 2019

Gerard Clarke replied to Claude Gonzales's discussion Is "THE IRON" dead (or dying) in the MODERN STEELBAND?
"Synthesizer is artificial pan music and not authentic. Real pan music is from 45 gallon barrels /drums. I know certain people will want to involve me in talk wit this.....doh waste yuh time.."
Nov 10, 2019

If you like, go ahead and tell your fellow WST Ning members about yourself here
Panmaker tuner player

pan player for 50 years, member of Starlift for 47 years, played 40 panoramas, 40 years on the road and stage side, made 10 overseas tours,arranged for a while winning school panorama in 1976 and placing 3rd in 1977.was always trying my hand at tuning with grapefruit tins and Klim tins.
Eventually went full speed to get into tuning and approach my good friend Herman Guppy(the world's best in my view) for assistance and he certainly did over a five year period,teaching me the preparation and tuning fine points.I now work with different bands, groups and individuals at home and abroad.

Gerard, I haven't forgotten where I grew up man, and where I learned monopoly, where I saw my first robot that answered all those game questions. Don't forget, I'm the one who used to keep you in check. And I was the bodyguard, remember? That's where we learned to play draft. Remember when we used to run out to your Uncle Geoff's car with the crown on the front? I learned so much from your relatives it ain't funny. Ma Clarke was the greatest. And of course, the triplets was my favorite. I never forgot. I still feel like part of the family. They were my college associates. Remember we used to play in the orphanage with the Wickhams? Hey, what happened to that Barnes guy...I forgot his nickname. Good to read your comment about the mango tree. Ansel.

I have had some discussions with an highly placed individual close to the President of PT at the organisation last week and I am hoping to get some insight to my inquiries from observations and documentation received on this topic. I have knowledge of certain things and if I begin to talk and produce documentary evidence in my possession, some individuals will lose their bids for re-election of their jobs in PanTrinbago and maybe need a Senior Counsel. But it will clearly provide the answer to this salient question being asked in this discussion.

I have been silent on the forum for a while for a reason.When I say what I say it is the truth,..from the ground in the pan world in T&T. So given that for me it is not a place for idle ole talk and foolishness or a laundry to wash the organization's dirty linen.  With Pan Jazz in Tobago this weekend, Point Fortin Borough Day next weekend then leading into STEELFEST right after, I am hopeful that I will get the truthful response to my inquiries in a reasonable amount of time from the President himself or a suitably placed designated emissary .

A word to the wise; the properly constituted number of meetings that PT is suppose to have with the body is stymied. It is an election year and that is due in October. The COSCERO (PT Central & Regional Officers)  meetings have also seemed to have gone off line. Given this the opportunity to raise my concerns internally at an association meeting can be likened to a mirage in the desert.  So it might appear from a strategic communciations standpoint (or subsequent lack thereof) allegedly that a 'cabal of officers' is running the affairs of the movement with no properly constituted oversight of the general membership or regional secretariat sectors.

Should PT fail to respond to my enquiries posed, I hope when I get ready to let down my bucket on When Steel Talks that your server can handle the traffic. Because although I am asking the same questions being asked to the PT hierarchy in advance, I never seem to quite get the attention needed to provide answers until I began posting them on the WST network.

I will continue to be patient and kind with my leaders elected and appointed at PT, but at the appointed time and hour, as we all know the longest rope has an end.Until next time,...I will continue to be as NCC's CEO Moe categorises me 'a purist' and a steelband leader in the unsponsored fraternity..WST keep up the great work that you do in the Diaspora in loving up the pan.

Gerard you are probably correct for I have never heard of North Stars connected with the Bomb Competition .

Cheryl Flemming said…
Thanks so much for the imput and the credit should indeed go to Ray Holman first........love the pan so let us keep it Alive. 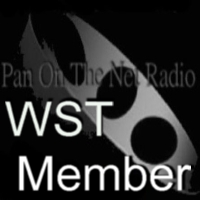 Hi, a discussion with Hameed Shaque and others was about the name of the tune played on Radio Trinidad at 5.30 am and the composer.Two past employees (the present did not know) confirmed that the name was CALL OF THE KISKIDEE and the composer was UMILTA McSHINE. All they could say is that the soloist was from Woodbrook.Someone said Ormand "Patsy" Haynes, but I don't know where he was from.