A frank and honest assessment of all the parts of the music phenomena known as Panorama in 2015. 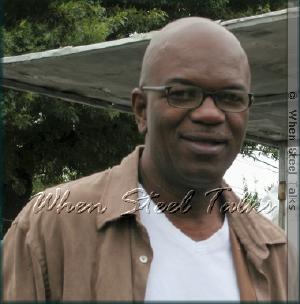 Bradley, Ray Holman and Boogsie
They changed the dynamic completely. They were able to get simple melodies and still have substance and bacchanal.

Bradley didn’t stint at getting it right. All the ingredients he put in elicited emotion from the audience. Chromaticism was in pan for years. It was a device to raise emotions.

But it’s different today, Creative chromatics are used by many bands to mask the lack of creativity. Pan is a linear instrument and an arranger shouldn’t be limited to runs throughout the piece. - Raf Robertson

Permalink Reply by Mr Claire Charles on February 17, 2015 at 8:58am
Mr Raf Robertson what a beautiful and honest interview you touch on subjects that some of us ignore, I aplaude your honesty, I am a Desperadoes supporter to the end , and May that what's the band need in my opinion they need to be back on the hill , once again thanks for hitting the nail on the head . Keeping this one in my archive

It annoys me  when people write and talk about Desperadoes have left the hill. that is talk for many people as they the truth go over their heads.  DESPERS HAVE NOT AND WILL NEVER LEAVE THE HILL as was explained on the radio last week and evey year since they have been coming down the hill.  Even if the band starts their practice early by the time they are ready to set out the band in it its entire complement there is not sufficient room for one hundred nad twenty persons to practice up there. that is one of the main reasons for them coming down the hill as explained by the head of Pan Trinbago for years now

I need to meet this guy and shake his hand. I'm impressed at what I just read. *applause*

Permalink Reply by Mr Claire Charles on February 18, 2015 at 9:02am
Marcus thank you, as in any home or as in any one life we need stability, and that is what the band do not have right now, it's causing stress on management and players , I do understand the situation at home , solution to the problem is to long for me to explain . Desperadoes need Laventille real bad , I remember the glory days . I hope Phase 2 management will apologize to David, just as Desperadoes mangement did to Mr Elias ( P juse ) when Mr Ian Franklyn brought his matter to light. You have the same first name as my son , your uncle hold a special place by me , respect and admiration , the same to all the elders in the band keep being the person you're

Everyone should read this interview. Excellent work Mr. Narine.

Raff, I agree with some of what you are saying in your interview but I can remember you arranging for a band in Brooklyn and during that stint you were always drunk. You were drinking every thing from beers, strong drinks and weed. Sometimes you bought it and other times people were giving it to you. You also had some top musicians and calypso singers visit you at the pan yard  and there was more drinking than arranging. The band failed at the competition and I heard you had a dispute with the management about money. The next year or two after you became a judge and it was alleged you gave the band their lowest score.

Hence the reason why pan people are concern of you judges. Some of you are drunk, you have the arrangers you like and the bands you love and with the type of scoring system that is used you can destroy a band's legacy especially when you drop the high and low score. Each band should be given their actual score and you will find a difference in the final outcome. Finally, Pan Trinbago should create a criteria for the bands to follow, eliminate the scoring system and bring judges from outside like is done in the musical festival.  When a band cut and paste the same arrangements every year into different songs and you as a judge call that creative it means that most of you are drunk on the job. Go to the tape of your last winner and listen to the past years.

this is what I've been seeing from All Stars for the past 5+ years, using chromatic runs from the front line pans over and over again. Come on Smooth you can do better. Let's move forward from here and force the judges along with you and the rest.

Something adventitious that has survived un-sayable conditions to arrive in its own right and legacy- a musical form identical to the resolve of a people to recapture the strains of their ancestral voice beyond bewildering extremes of psyche bemusement – makes its presence felt in the fulfilling genius of our virtual musician, Raf Robertson.
LeRoy Clarke

A few weeks ago renowned local musician Raf Robertson held a ‘rap’ session with members of the La Brea Police Youth Club and the NGC La Brea Nightingales Steel Orchestra. The event was part of a novel project by the National Gas Company to strengthen community-based organizations, especially those that promote youth development.

Robertson proved to be an ideal speaker since he is a son-of-the-soil of La Brea and has travelled around the world building an enviable reputation as a top class musician. Despite an impressive resume which includes highly acclaimed performances in Europe, Africa, Asia and the US, Raf remains a humble human being without the pretentious arrogance that afflicts so many artistes. Not surprisingly he stressed the importance of humility in one’s life.

He chose the theme ‘Possibilities’ and began his ‘rap’ with the bold statement that “I have travelled to many countries and Trinidad and Tobago has the potential to be one of the greatest places in the world”. The problem he continued is that “we don’t know how great we can be because we are drowning in a sea of mediocrity”. He lamented that insatiable greed and the so-called ‘eat ah food’ mentality was blinding the nation from seeing the many possibilities that were available especially for the youth. He gave the example of a drowning man clutching desperately to bags of money not realizing that if he let go and freed his arms, he could swim to safety. “I deal with a lot of young people in Trinidad”, he said, “and everything seems to be about money and nothing else matters. It’s sad because if they took the time to develop their talent they could really go places”.

Robertson recalled some of the difficulties he encountered locally when he attempted to complete his latest CD. “I wanted to use local musicians as much as possible, but when I approached one or two, the only thing they asked was, ‘how much you paying?’ It turned me off because they weren’t interested in the music but only in the dollar. I must admit however that, in the past, I have worked with some outstanding local musicians”. He eventually produced the CD which is entitled ‘Majesty’ in Canada.

By way of contrast he spoke about the experience of his son Miles, himself a leading musician in the US. He said that a few years ago his son told him that he was asked to play a ‘studio gig’ for a young unknown female singer. “You taking it?” he asked the younger Robertson. “Yes”, was the reply, “it’s not much money but it will be a good experience and I might learn something.” The young unknown at the time turned out to be superstar Adele and today Miles Robertson is her musical director. Fortunately for him he was able to see possibilities beyond the dollar note. So much so that today he is also the musical director for another superstar, Alicia Keyes.

“You have to be open for opportunities that may come your way,” the elder Robertson told his audience. “Once you feel you are too big to learn or to listen you are setting up yourself to miss out on the possibilities.” To emphasize the point he highlighted experiences from his own past and his days as a student in London. “I always loved music,” he continued, “but my family told me that you cannot survive on music alone and you need something else to fall back on.”

So young Raf went off to London to study but he was determined to be involved with the music scene and he took a late night job serving tea at a popular recording studio on Bond Street. “The pay was small,” he said, “but I wanted to be around top musicians and to learn from them. I wanted to see how they operated and to imitate their attitude because having the right attitude is the key to success.” Raf stressed that a major element of the right attitude was humility and that if a person lacked humility he or she could miss out on many opportunities for success. He argued that arrogance and an over-inflated ego could prevent someone from capitalizing on possibilities for self-development. He explained that young musicians came to him all the time and they asked him to teach them ‘the tricks of the trade’. “I tell them,” he said with a mischievous smile, “forget the tricks, learn the trade!”

Raf Robertson is obviously someone who is comfortable and secure in his own skin and does not need to be constantly in the limelight surrounded by sycophants and hangers-on. His contract as a music teacher at the University of Trinidad and Tobago recently came to an end and has not been renewed. He is not unduly worried because as he told the people of La Brea that “I have succeeded because I believe in myself and you also have to believe in yourselves. It just doesn’t work otherwise.”

His quiet self-confidence is in stark contrast to the loud and boastful facade that others, with far less credentials, seek to promote. It is a genuine humility that is based on a profound faith in his people and his music. As the renowned Irish writer CS Lewis wrote many years ago, “humility is not thinking less of yourself, it’s thinking of yourself less.”